It’s Food ‘n Flix time again! In this monthly group a host picks a movie of their choice that pertains to food. Everyone watches the movie and then makes a recipe which the film inspired. It can be any recipe you want. This month’s pick is hosted by The Law Student’s Cookbook. She picked Like Water for Chocolate, a book I read eons ago but had not seen the movie.

For this challenge I decided to make a Cold Mexican Hot Chocolate. Cold because it is freaking hot this summer! And calling it hot chocolate is a bit of a stretch. I took the basic ingredients used to make Mexican Chocolate but I brewed it like coffee and is dairy-free. Interesting twist no? 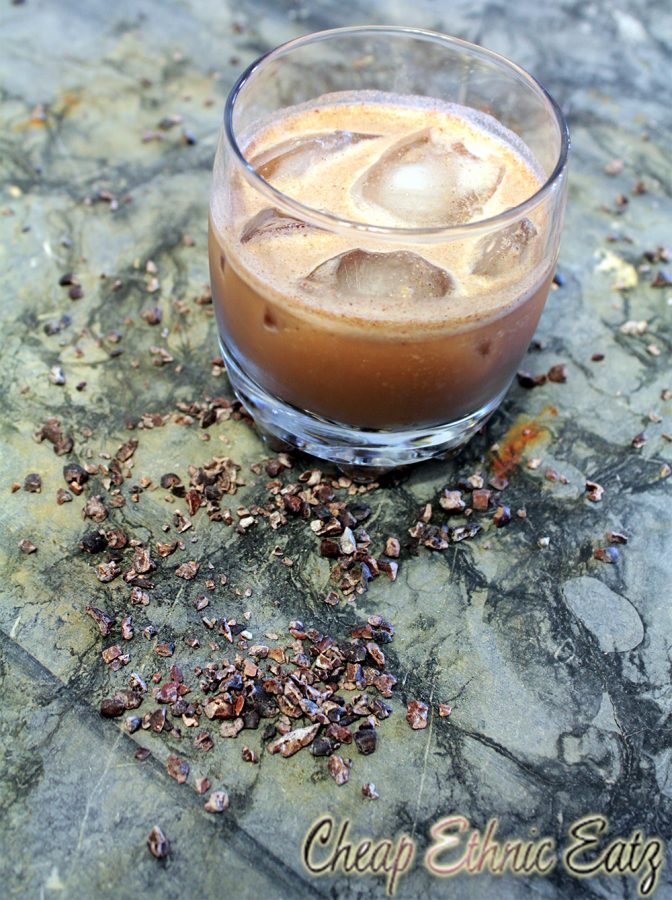 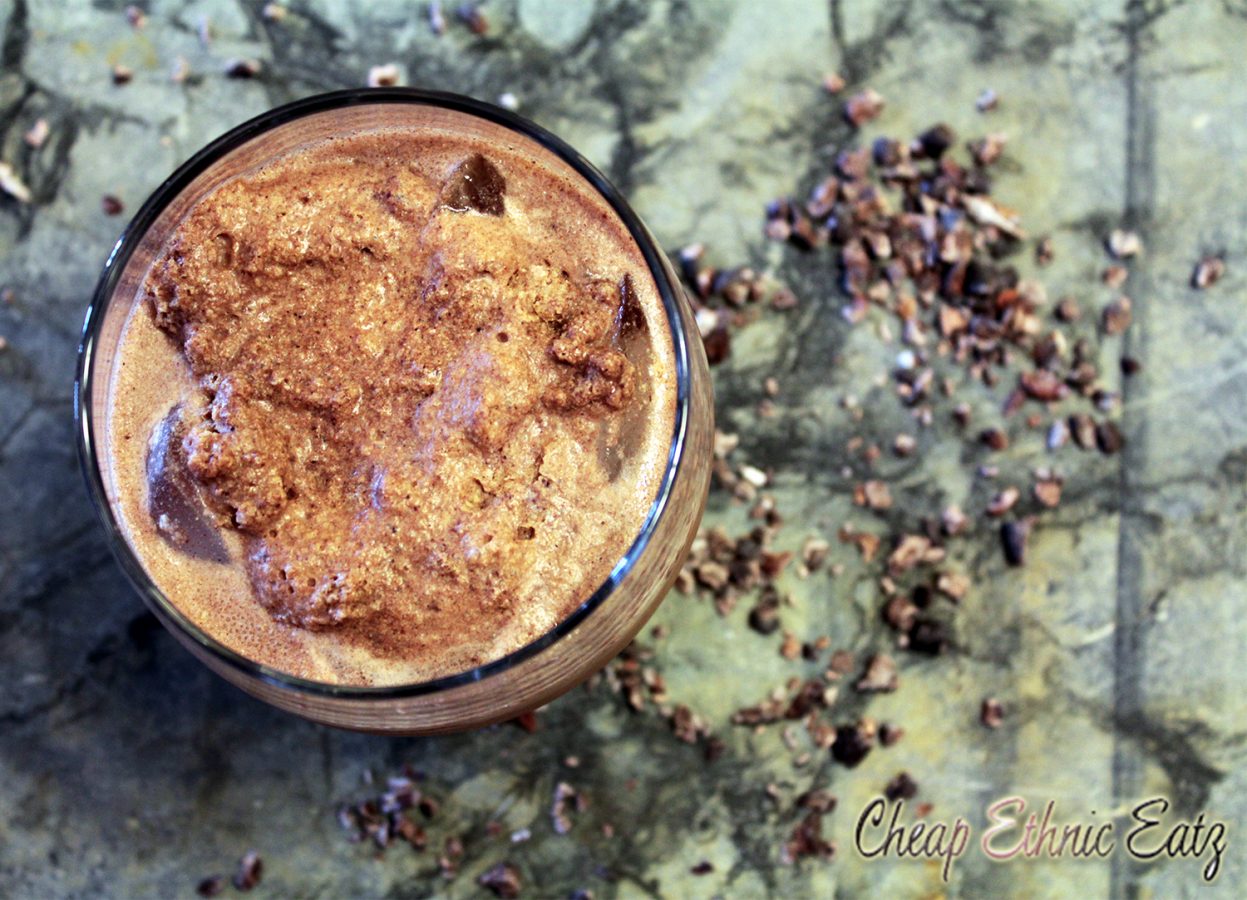 The movie and book follows the story of a young girl named Tita who longs her entire life to marry her lover, Pedro, but can never have him because of her mother’s upholding of the family tradition of the youngest daughter not marrying but taking care of her mother until the day she dies. Tita is only able to express herself when she cooks. And everyone who tastes her food feel Tita’s emotions. 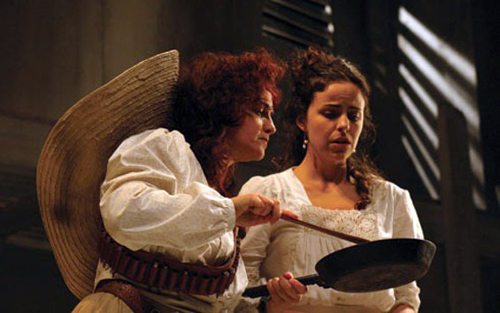 I was iffy about watching the movie because I remember not being thrilled with the book. It was way to traditional and stereotypical of weak women, lot’s of emotional torture, both self-imposed and forced upon. I was in college at the time and maybe in a ultra feminist state. What is beautiful is the symbolic richness of so many elements in the story. Although it is not my favorite type of film, I did enjoy it much more than the book. It was beautiful, epic, sensual, and has lots of food!

The phrase “like water for chocolate” is a common expression in some Spanish-speaking countries and it can be interpreted in several ways: one can mean that one is very angry; or it means to be like water that is hot enough to receive the chocolate when preparing hot chocolate. It is a simile for describing a state of passion or sexual arousal. 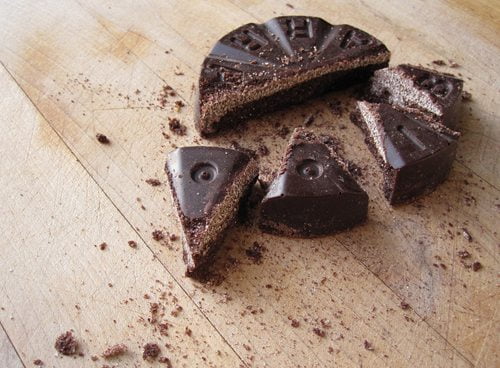 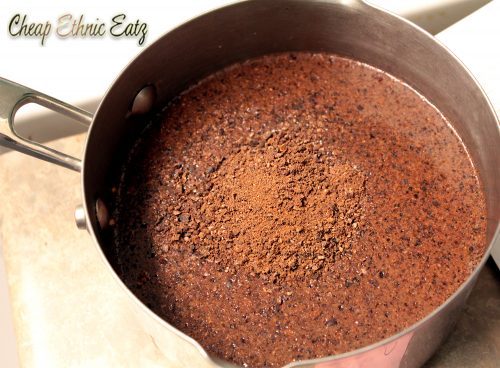 This last explanation is the reason why some countries, such as Mexico, prepare their hot chocolate with near-boiling water instead of milk. My recipe is milk-less therefore dairy-free.

What makes a hot chocolate a Mexican one is the chocolate bar used. It is usually made with roasted cacao beans ground with white sugar, almonds, cinnamon, and sometimes vanilla. Due to its undissolved granulated sugar, and its rough and gritty texture, the table chocolate is not meant to be eaten like a chocolate bar. Pic above from TheDeliciousLife. 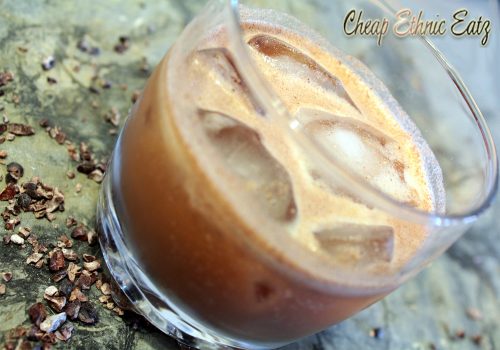 So the result of a brewed cocoa nib cold hot chocolate? I think this recipe broke every other hot chocolate I have ever enjoyed in my life. I cannot imagine making a hot chocolate any other way now. The taste was creamy, rich, sweet and fabulous!

A Cold Mexican Hot Chocolate for a hot summer day. And calling it hot chocolate is a bit of a stretch. I took the basic ingredients used to make Mexican Chocolate but I brewed it like coffee and is dairy-free.
Print Recipe Pin Recipe
Servings 2 servings