The Maine Brew Bus Tour, where I found my Spirit of Portland

Eating your way through Portland Maine is not the only way to savor the city. There are boozy delights best enjoyed with an excursion on The Maine Brew Bus tour.

For the second time in 9 months, I had the pleasure of visiting Portland Maine. Portland was one of many stops on my road trip vacation with my mom last summer, and I was back this May for a travel influencer conference. The Women in Travel Summit was a blast and I loved the spirit(ual) tastings we savored on the Maine Brew Bus tour. 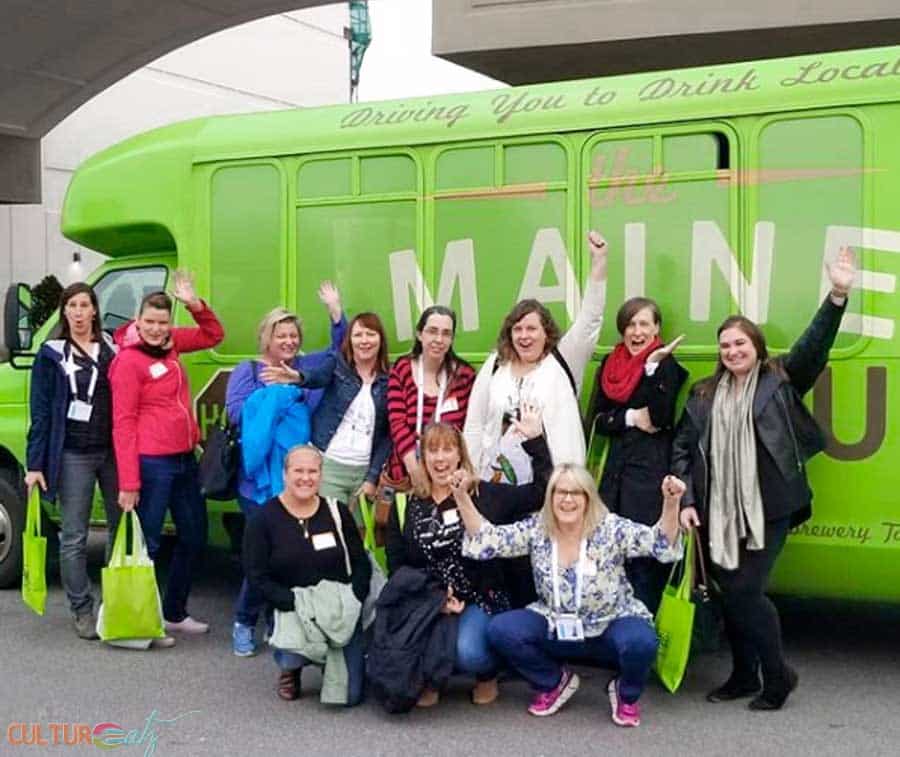 My weekend schedule was pretty packed with conference events and seminars, but I got to explore a few places with my travel friend Marie-Pierre over at Nomad Tours Quebec, including a revisit of a few top attractions – like the Portland Head Lighthouse – for a secret YouTube project to come (will keep you posted on that and make sure to subscribe to my channel here).

What to do in Portland Maine

We enjoyed a few tasty meals on our own too – emphasize lobster meals – and there was just enough time to squeeze in one local tour, a booze-filled excursion organized by The Maine Brew Bus.

Going to Portland or Maine soon? Check out my other travel guide articles:

I would never have guessed that Portland Maine has such a blossoming brewery and distillery scene, even a handful of wineries. Now, visiting one brewery is great but visiting a few in a day is way more fun. But not very cool if you need to drive between places while drinking. Enter The Maine Brew Bus. 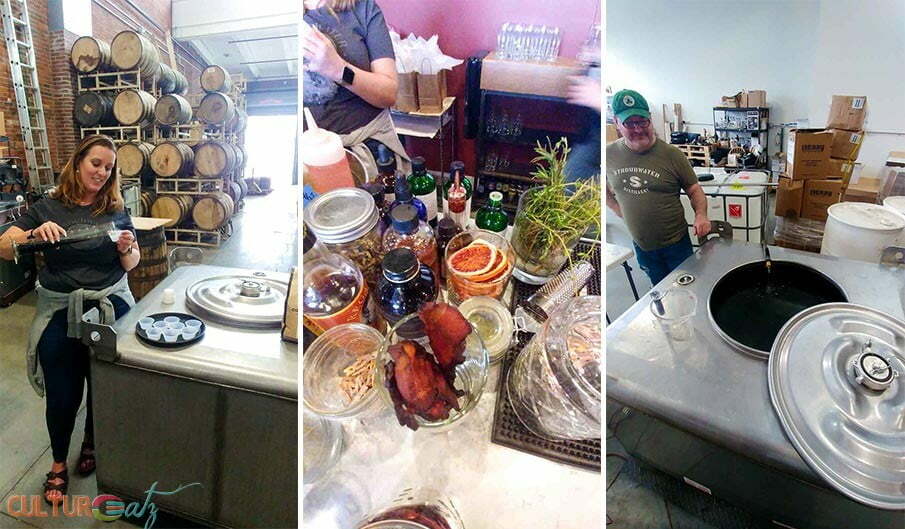 They also offer a few corporate and private tour itineraries. The one included with the conference is not on the regular itinerary so it was probably one of those…but they offer similar ones….because it was really special and SO MUCH FUN!

We visited a little bit of everything: a brewery, a winery, and a distillery. We traveled from one place to the other on Tipsy, our brew bus for the tour, and we were thoroughly entertained the whole time by our guide Don (also the GM) and driver Ryan.

Our Maine Brew Bus tour was called The Spirit of Portland, and here are the three places we visited.
My top beverage choice for each place can be identified by the asterisks *** 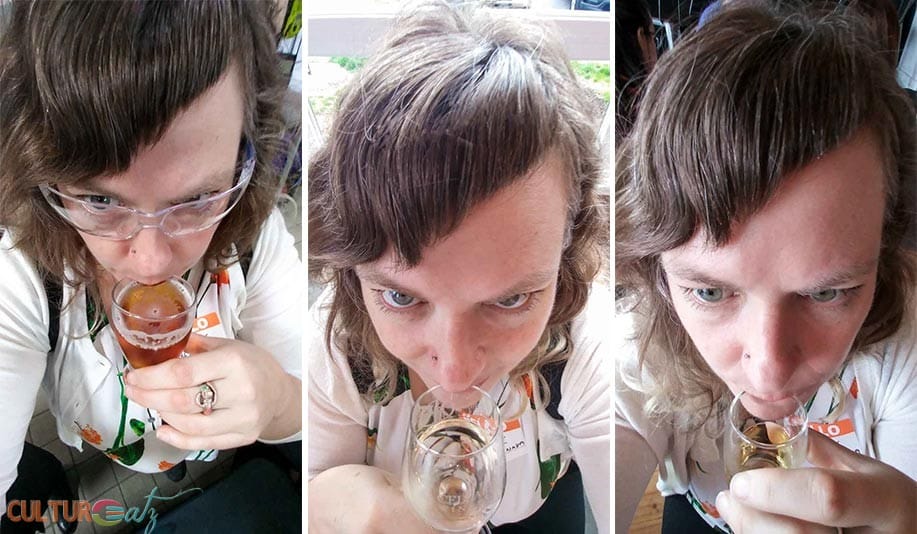 This brewery was started by a couple, Nathan and Heather Sanborn. He takes care of the beer, she handles the business. Heather was actually our brewery guide and she also just so happens to be a Senator. My first time meeting one, kinda cool. Here are the beers we tasted… 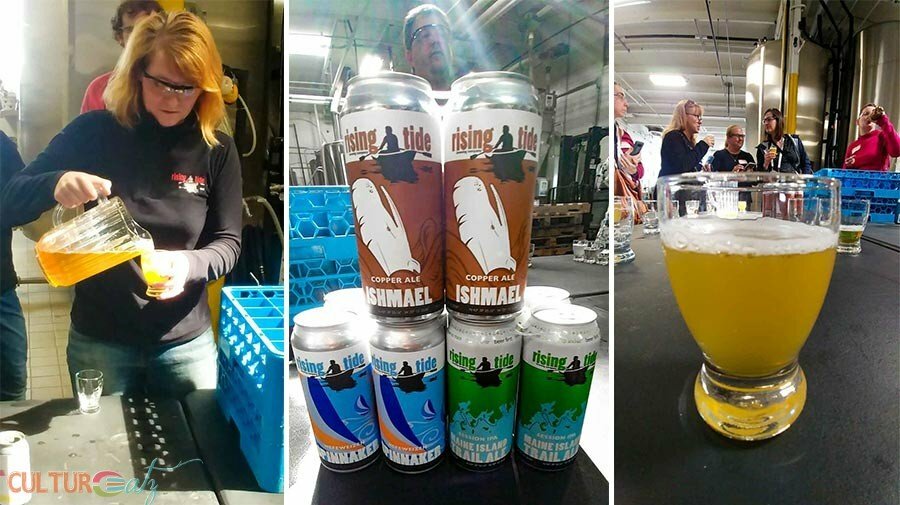 It was not everyone’s favorite but for me, it was the winner. My fellow conference attendee and friend Erin, over at The Epicurean Traveler (no surprise as to why we get along so well), went head over hops for the Mita. Let’s see what she has to say…

“Sporting chic safety glasses as we gathered around a table in the Rising Tide Brewing Company’s production area, our Maine Brew Bus group tasted a variety of the brewery’s craft beers. Though I rated all of Rising Tide’s beers pretty highly, a favorite emerged — the Maine Island Trail Ale.

Giving the beer a rare 4.75 out of 5 stars, I particularly enjoyed this session pale ale for its subtle hoppiness. With only 4.3% ABV, the beer was light, refreshing, and an easy sipper. Just a bit hoppy, this pale ale showcased notes of pine and citrus. Imagining I were to kayak along Maine’s coast this summer, Rising Tide’s Maine Island Trail Ale is the beer I’d want resting in my cup holder.

Best of all, a portion of the proceeds from this beer benefits the Maine Island Trail Association, which aims to protect the 200 wild islands along Maine’s coast for all boaters to discover and enjoy. If anything feels better than a crisp, cool beer on a sunny Maine day, it’s knowing the beer in my hand is supporting the coastline I plan to explore on a future trip back to Portland.” 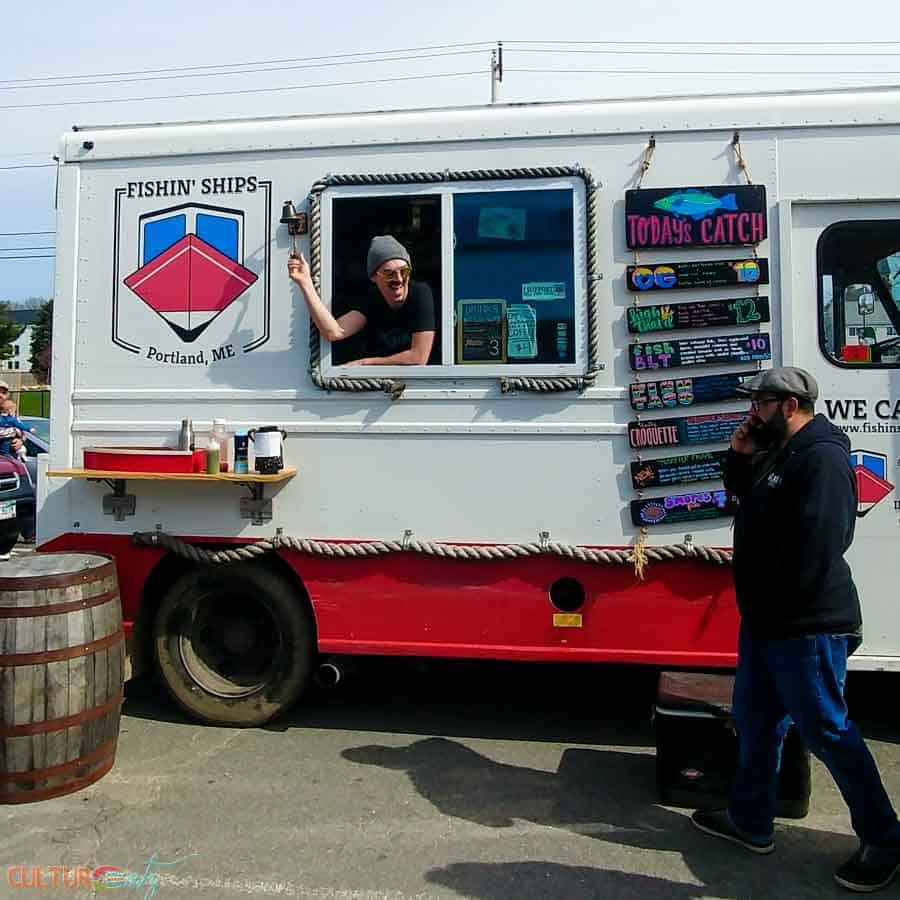 We happen to be there while there was a food truck event going on called Gastro-gogo. Although I did not purchase anything from the food trucks, it was really great to soak up the atmosphere with lots of locals around and listening to a local band.

I got lots of cool shots from that event. 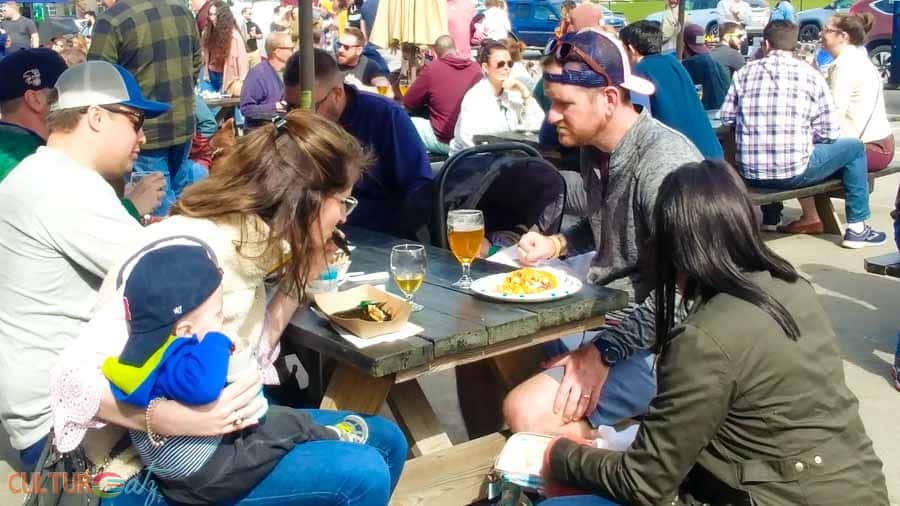 There are actually two Cellardoor locations: the vineyard and the tasting room at Thompson’s Point. We went to the tasting room, with its very cool space for tasting and events.

And there is a really awesome story behind the company’s logo. The symbol was found carved on a door on the farm that was used by hobos (and possibly people on the underground railroad) to indicate the place was welcoming. 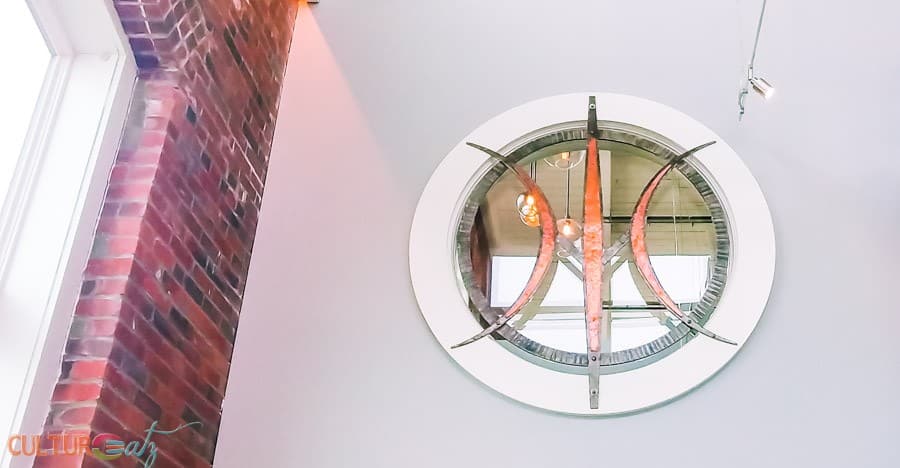 And tasting their wines was very welcomed… 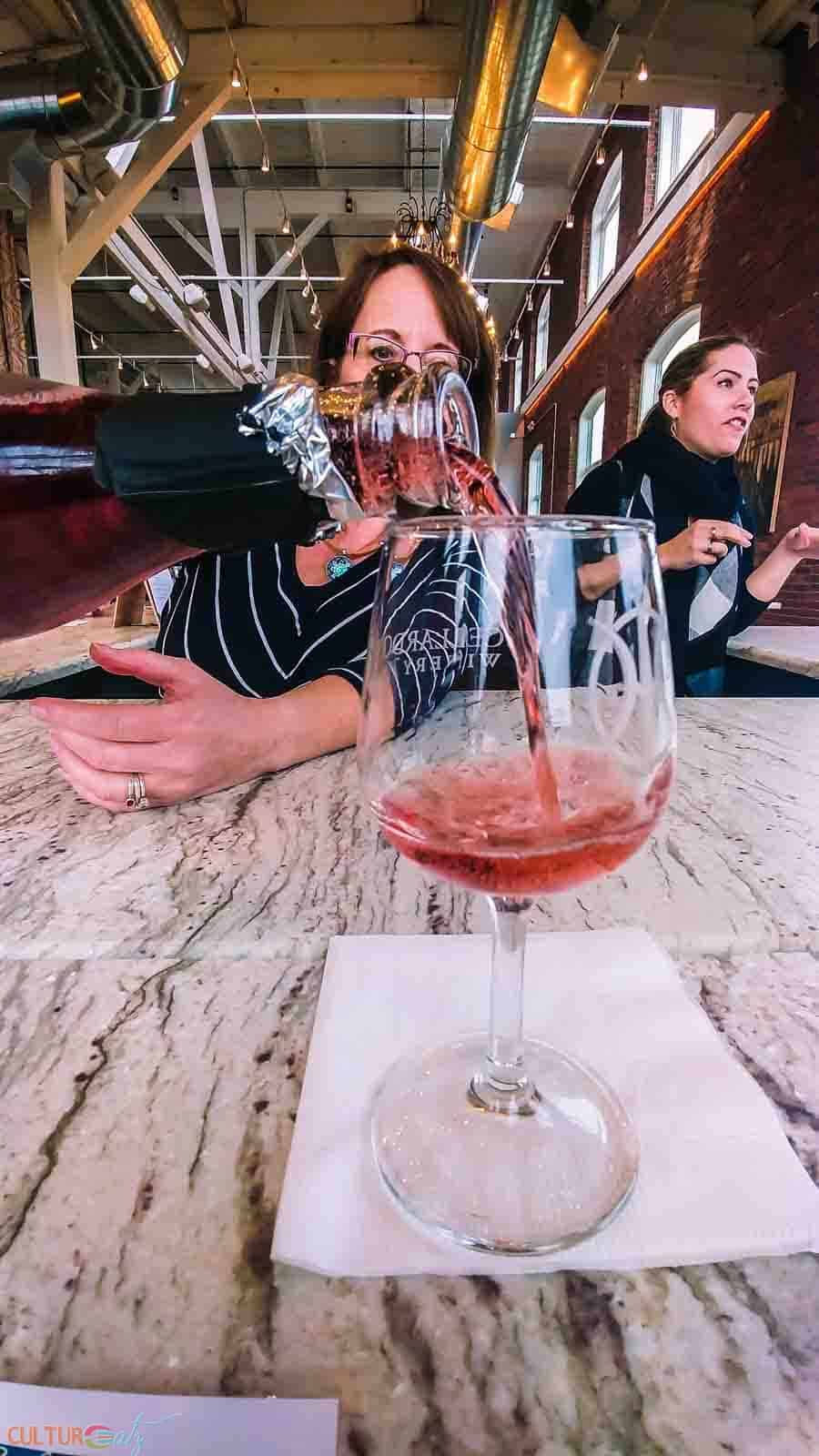 Located in a cool brick building by Thompson’s Point, the local train yard, Stroudwater distills top-notch spirits such as bourbon, rye, vodka, and gin. Basically, all the must-haves of a good home bar. The official tasting included…

They were good indeed but I can’t say they blew my mind. But what came next did… 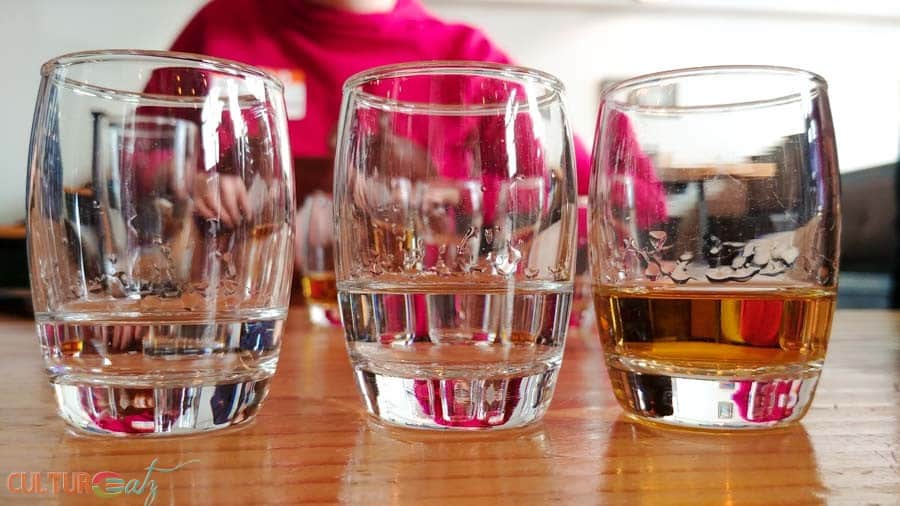 This is but a small sampling of all the breweries, wineries and distilleries you can find in Portland Maine. And it is another reason why Portland is such a great long weekend destination with old world charm kissed by a touch of a sea breeze!

If you are not into drinking, check out the many organized tours in Portland Maine offered here.

Where to stay in Portland Maine

Portland has something for every budget. Here is a selection of highly rated hotels that are in walking distance from the port and local attractions: 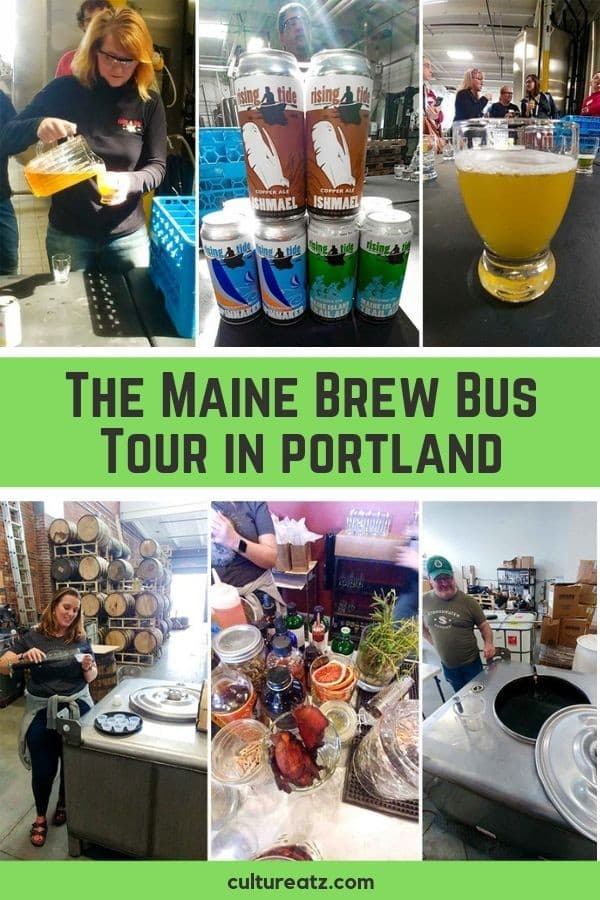