This Tortilla de Morcilla, or Spanish Omelette with Blood Sausage, is a delicious revelation with each new bite. In Spain omelettes are always made with potatoes, and the secret to success is sweating them in a lot of olive oil before adding the eggs.

Yes, yes, I am again hosting Food ‘n Flix for June. I went the subtitled route once more by picking the Spanish masterpiece Volver. With pen and paper in hand, I soon realized there was a lot more food in this movie than I remembered.  Picking a recipe was hard but I chose one marked on a restaurant menu: a Tortilla de Morcilla, or Spanish Omelette with Blood Sausage. 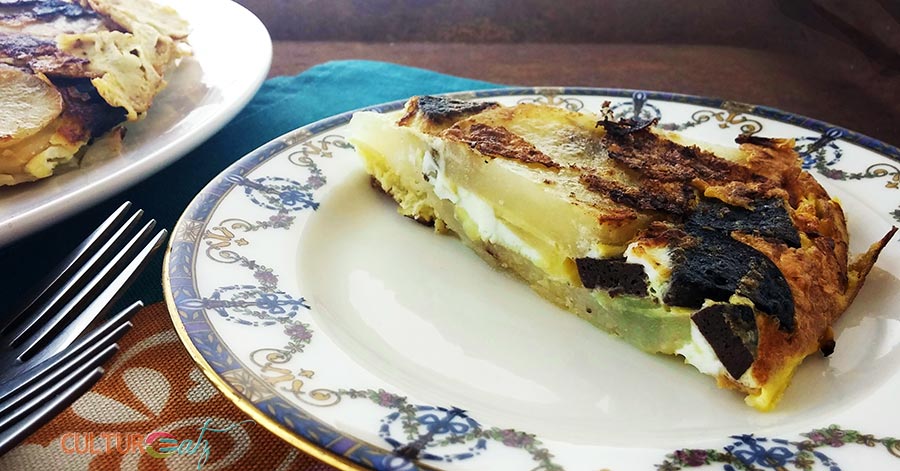 Volver is a 2006 Spanish film about a matriarchal family, centering on Raimunda, who is forced to go to great lengths to protect her teenage daughter. The women travel a lot to their small natal windy village of Alcanfor de las Infantas. The women will come face to face with their past (ghost included), find comfort in the present by opening a restaurant where they live in Madrid, uncover family secrets worthy or a Maury Povich show, and start the healing process of old wounds.

I wish I could go into more details but there are a lot of side stories and honestly I do not want to ruin it for you. 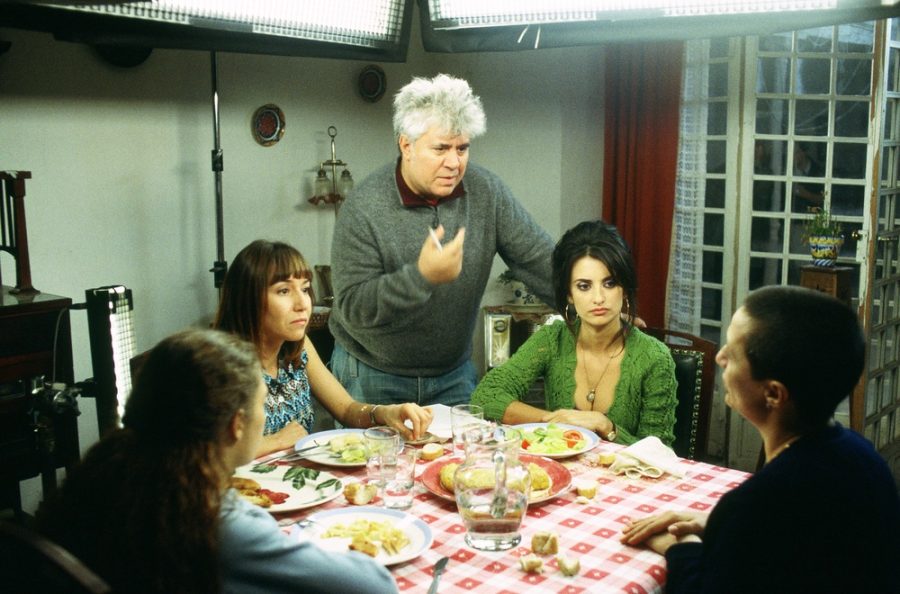 Almodovar on the set of Volver

The movie stars Penélope Cruz and is directed by the amazing Pedro Almodóvar. I am a big fan of his films. The film was the winner of two Palme d’Or at the 2006 Cannes Film Festival for Best Actress and Best Screenplay. This may have been my fourth viewing of this film. I find something new every time and go through the many cycles of emotions.

It may come across as a tear jerker and chick flick but it really is not. I saw this film recently with 15 friends, half were men and half women, everyone loved it and was moved. So if you have not seen Volver yet, do yourself a favor and get a copy today! 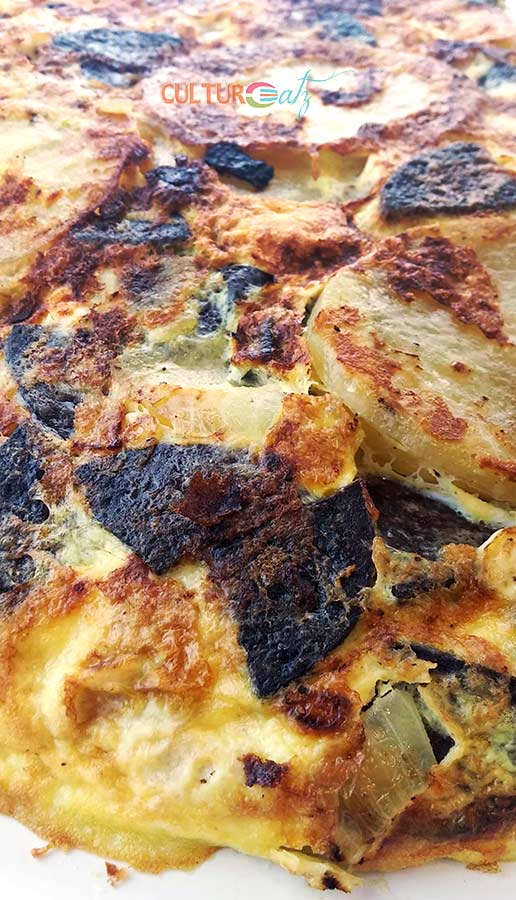 So Honored to Host Again

This month’s Food ‘n Flix is hosted by me, here is my announcement post! In this monthly group a host picks a movie of their choice that pertains to food. Everyone watches the movie and then makes a recipe which the film inspired. It can be any recipe you want. Join us! 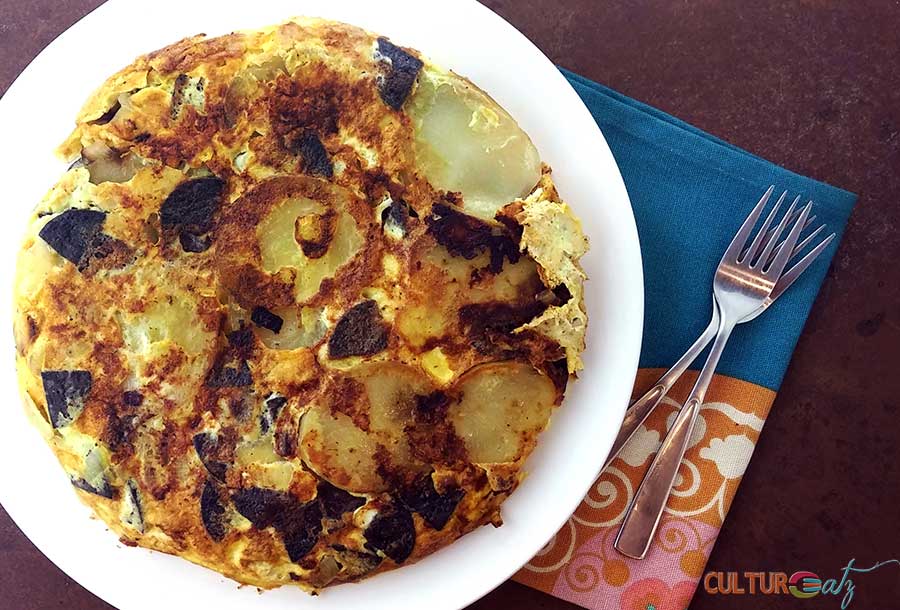 I made mine with blood sausage. It was written on the menu in one scene that took place in the restaurant “Tortilla y Morcilla”. After a search online I soon realized it was a popular recipe in Spain. And I am a HUGE FAN of black sausage, I even made some once from scratch! Finding an English version for the recipe was a challenge but I am so happy to add it to my growing collection of Spanish dishes.

In my recipe you sweat and braise the onions and potatoes for a while on a very low heat and with a lot of olive oil. Even though there is barely any seasoning in the recipe the Tortilla de Morcilla was busting with flavor. It’s my new favorite omelette.

Just be very careful when you flip the omelette midway. Mine was stuck a bit to my pan and fell apart. My first flip was a flop ha. Thankfully I was more careful once it was ready and flipped out to serve. 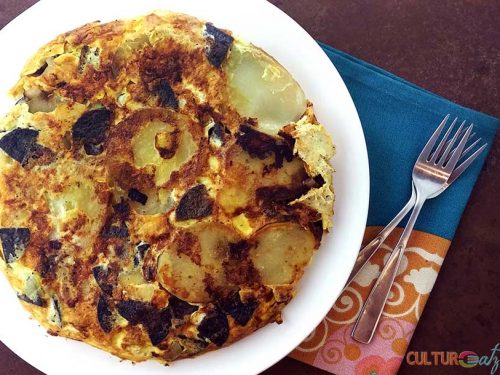 This Tortilla de Morcilla, or Spanish Omelette with Blood Sausage, is a delicious revelation with each new bite. In Spain omelettes are always made with potatoes, and the secret to success is sweating them in a lot of olive oil before adding the eggs.
Print Recipe Pin Recipe
Cuisine Spanish
Servings 4 -6 portions as a main or 6-8 as a side