Let’s get our geek on and learn about history and math on this Pi Day with a special Medieval Cornish Bacon Egg Pye recipe.

Did you know that March 14th is Pi Day? And in 2016 it is also Pi rounded up to exactly 4 decimal points – 3.1416. OK math lesson is over but it is a great excuse to make pie! And our pie will travel back in time as well. I write a lot about recipes from different parts of the world, but today we will try something a little something different and explore another time. History has a lot to offer when it comes to culinary discoveries. This time machine trip will take us to Europe during the Middle Ages where we will explore how people ate, such as this 15th century Cornish Bacon Egg Pye. 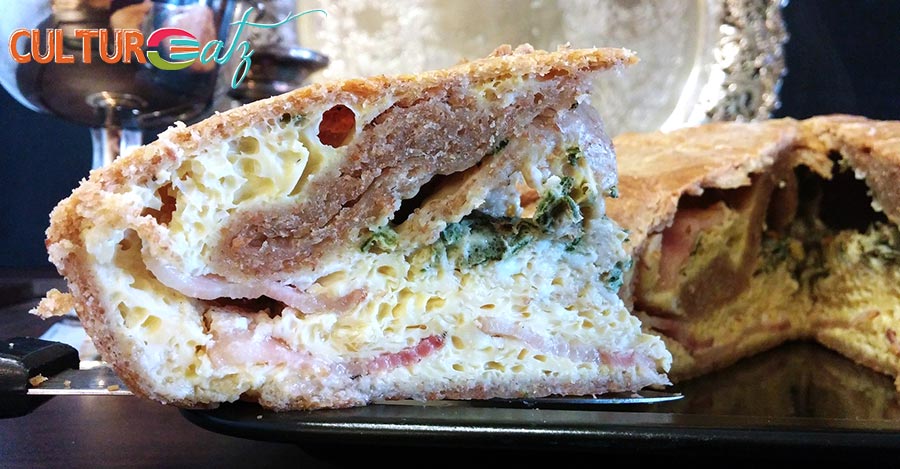 When was the Middle Ages again?

Before we explore the foods and dishes of that time, let’s define the Middle Ages. Medieval time covers roughly the 5th to the 15th century. It is called the Middle Ages because it is the middle period of the three main divisions of history, at least the Western one: first is Antiquity which ends with the collapse of the Roman Empire, second is the Medieval period, and third we have the Modern period which started with the Renaissance.

The Middles Ages are also sometimes referred to as the Dark ages, aka intellectual darkness. We just did not accomplish much a  the human race. Thankfully we saw the light eventually 🙂 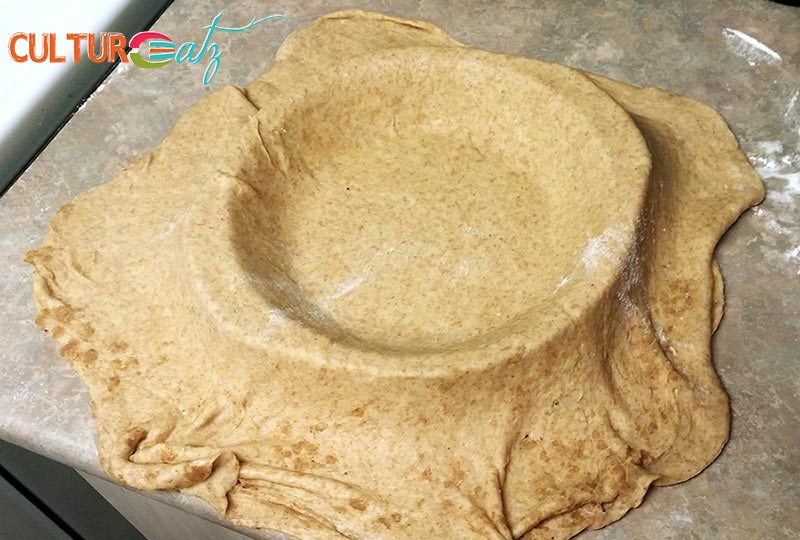 And what did we eat in Medieval time?

Now that we have a clear idea of our time frame we can understand better how we ate. Farming is at the top of the list and our biggest crops are cereals, with which we make bread. Everybody eats bread, it’s the staple, some survive on it. Barley, oat and rye is for the poor, whereas wheat is for the rich and high placed folks. Cereals could also be prepared a porridge, gruel and pasta.

We can also grow some fruits and vegetables, like cabbage, beets, onions, garlic, carrots, apples, pears, plums, and strawberries. We have already started exporting and import finer fruits – like oranges, dates and figs – but only the rich can afford them. Fruit was often mixed with meat, fish and eggs.

Only the nobility and wealthy can afford wild game meat. Forget raising cows, that is way to expensive, so we stick to hunting. Fishing is a bit more accessible to all so we enjoy the occasional cod, herring and other freshwater fishes. In part 2 of our Medieval culinary exploration I will discuss seasonings, so keep an eye out for that future post.

I want by boar steak to go please!

At this point in history we have a clear idea about how to prepare and cook our food. Most of the cooking is done over a fire. The stove in a home comes later in history, sometime in the 18th century. There were however large communal stoves, often run by the baker.

The concept of pastry starts taking shape but at first dough is used primarily as a hard, inedible container. Without refrigeration or tupperware, pastry is the perfect portable device to carry food around. Can you believe lots of pastry recipes have the word “coffyn” in the title at this time! Pastry only becomes edible, or part of the dish, around the 15th century. 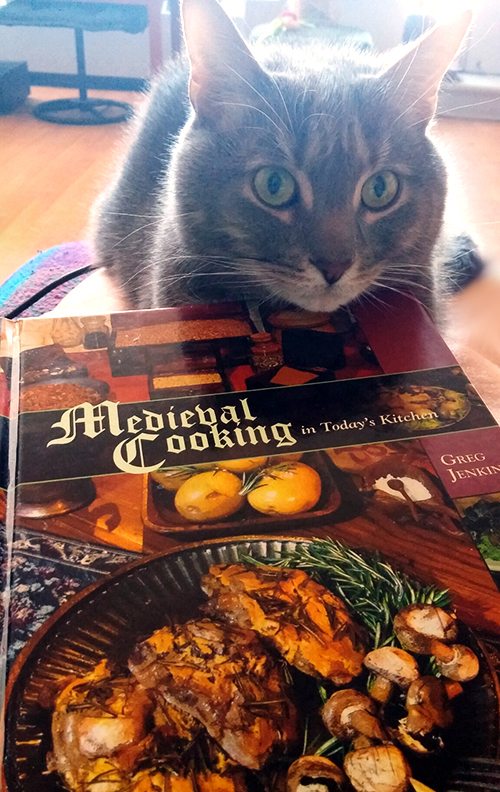 The Cornish Bacon Egg Pye recipe I have for you today is totally edible as it this version comes from Cornwall, England, during the 15th century. Earlier version are said to date back to Briton in the Dark Ages, and it is probably a predecessor to the French quiche (minus the cheese and no upper crust). The Cornish Bacon Egg Pye recipe is excerpted from the Medieval Cooking in Today’s Kitchen cookbook, courtesy of Schiffer Publishing. As you can see, one of my cats, Miyu, is quite fond of the book too.

It’s one of the most unusual cookbooks I have ever read. The author is a scholar with a passion for the Middle Ages. The first part is practically a thesis on the matter but a really good read. Loved the ‘cocktail’ section but most recipe leveled at a gallon of libations. I recommend you check it out if you want more Medieval recipes. It’s not a flashy book with killer pics but the recipes are really authentic. I will post a really fun almond soup recipe in Part 2 that I truly enjoyed.

I am sure you had a double take at my first photo of the dough stretched over the pie plate. This pastry dough is the weirdest I have ever made. I have never seen such an elastic and form fitting dough, it was amazing to work with. This dough is a real scientific experiment in seeing the power of gluten! It’s OK if the dough is kinda wet prior to putting it in the fridge overnight. Adding too much flour will make the dough tough.

Once you have you dough layered out just top it with slices of bacon and your egg mixture. Then clumsily flip the rest of the dough over to cover the top. It is not going to look pretty. But while the Cornish Bacon Egg Pye a pretty yet robust pie shape takes hold. The taste was really good and a nice slice is quite filling. It would go so well with a pint of ale! If you plan on making this for guest, plan of serving the pie as soon as it comes out of the oven. Leftovers will fall flat as the egg mixture deflates, like a souflee. 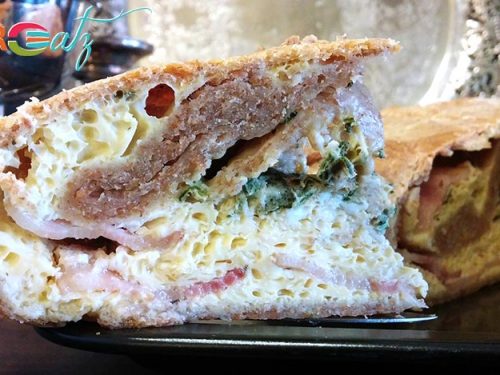 The cookbook featured in this post was provided to me free of cost for review. Any personal opinions reflected in this post are my own and without influence.