Zha Jiang Mian, or Fried Sauce Noodles, is a classic Chinese comfort food made from a luscious dark soybean sauce and ground pork, served over a bowl of thick wheat noodles. This recipe pumps up the meat and veggies per bowl to make a complete main dish serving.

So you know those tubs of black bean paste or sauce you see in Asian grocery stores? Well drop that can and walk away from the bean aisle in your regular supermarket if in a pinch because these are not black turtle beans at all! Nope and hopefully I am not the only one that feel a bit dumb right now. Turns out the main ingredient of these pastes/sauces is fermented black soybeans (douchi in Chinese). They are the base of many Chinese dishes with their sharp, salty and pungent flavors. Black bean sauce is truly the backbone of the Zha Jiang Mian dish. 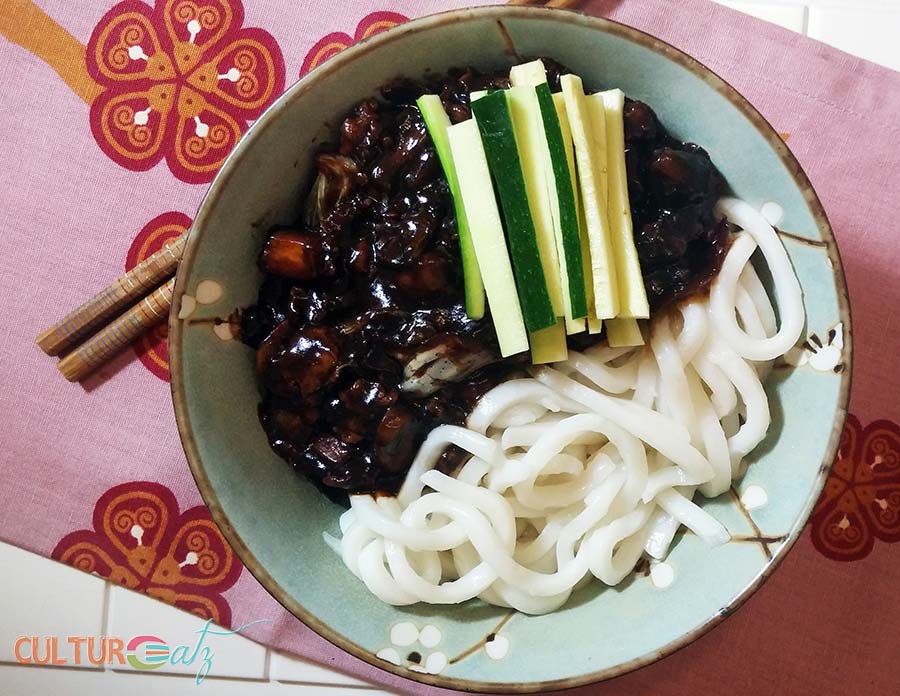 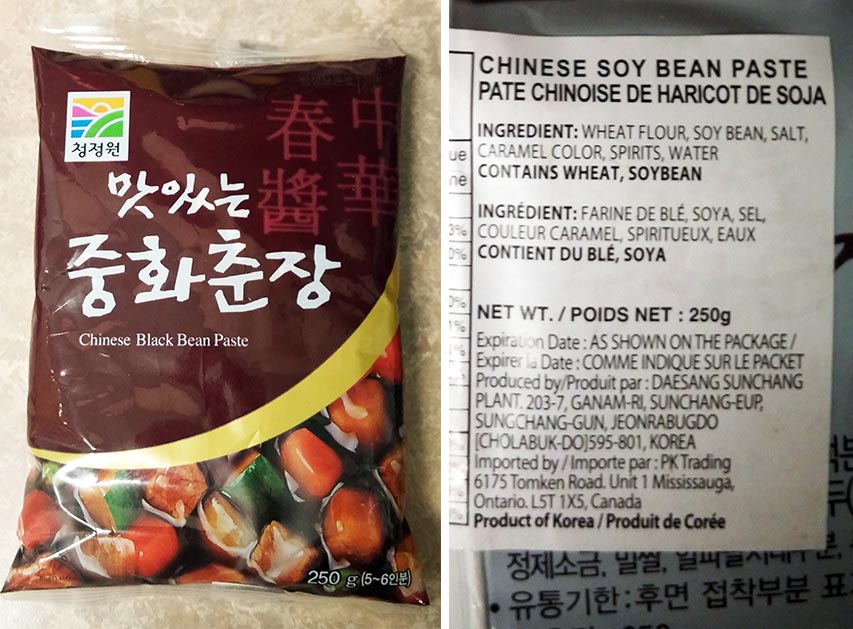 OMG guess what? I have huge exciting news! I am going to Beijing, China in February. Cannot tell you how freaking excited I am, I cannot stop talking about it. It’s a crazy time of the year to go but I found a ticket Montreal to Beijing for 507$ CAD.

Yep, you read that right and yes that is a round trip! And I already have my Chinese Visa in hand! 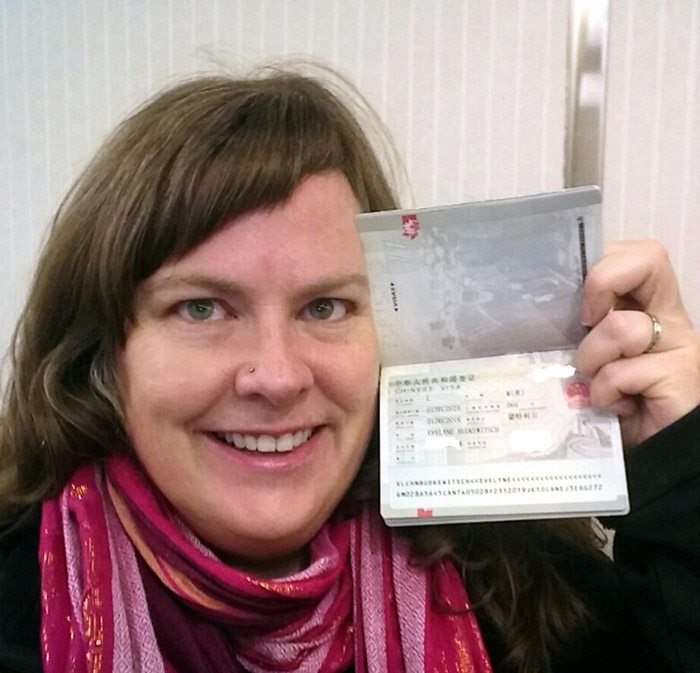 It will still be winter (infinitely milder than Quebec), polluted, and I arrive just after the first part of the Lunar New Year, days after the most insane time to travel in China. Quieter in the second week of the Spring Festival, the celebrations end with the Lantern Festival.

I will see the Lantern Festival in real life. And I will skip over to the Great Wall of China as well. It is going to be so amazing and this trip will become part of my crazy vacations list which will inspire many future posts I am sure. They eat weird stuff over there ya’know! 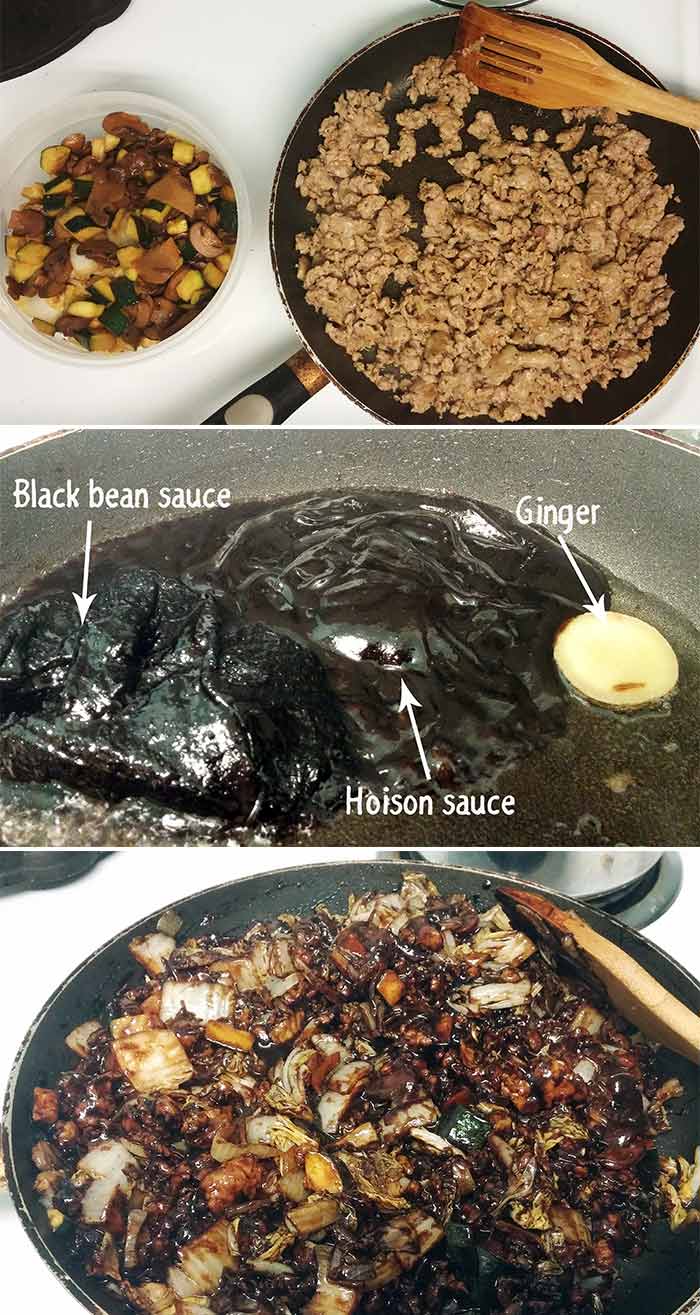 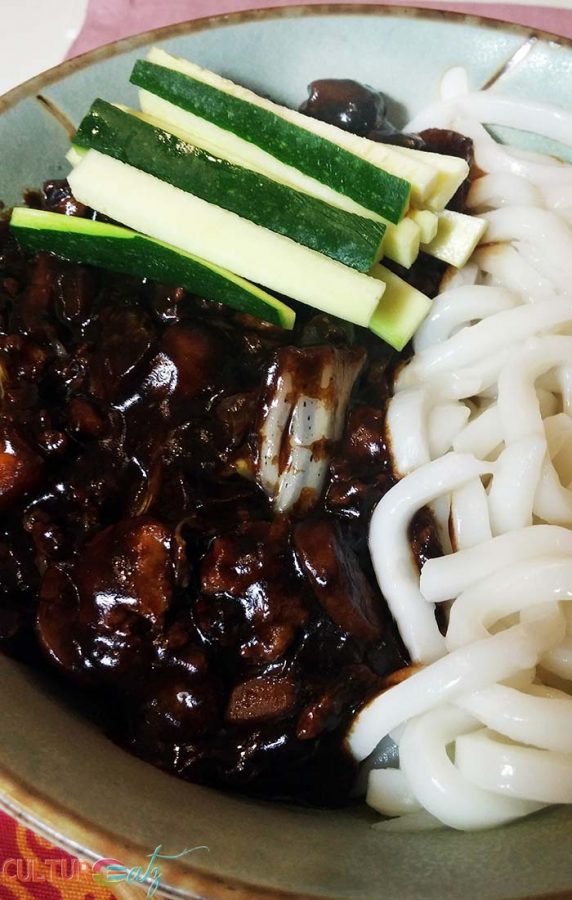 What better way to celebrate this news with you than with a Beijing dish. And it would be a perfect side dish to these Honey Soy Chicken Thighs with Baby Bok Choi. Well technically it is a common dish found all over China and it slightly varies from one region to another. But it is particularly common in Beijing because the dish is served on wheat noodles rather than rice, a northern Chinese cuisine trait. I slightly modified this recipe on the Chinese Grandma blog so a serving would satisfy as a single main dish. Zha Jiang Mian is the ultimate comfort food in China, it is their Mac and Cheese.

Zha Jiang Mian is luscious, meaty, hearty and salty. But impossible (for me) to eat with chopsticks lol! 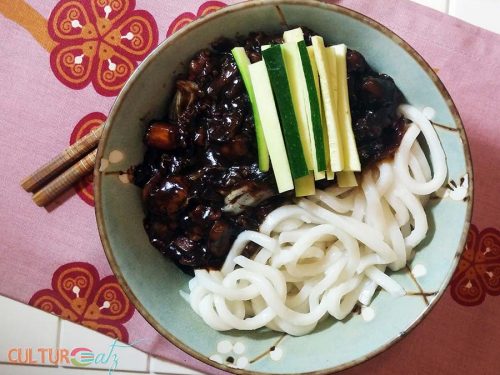 Here are a few more authentic Chinese recipes for you to try: