Not only are bone broths packed with minerals and gelatin, they are so good for you, taste great and if used in recipes the broth will take your dishes to the next level. Today we will make Pork Bone Broth.

If you recall, last month I made a bone broth from scratch for Food N Flix. When I found out bone broth if great for acid reflux, I gave myself a challenge to drink a cup of bone broth a day for a month. Many of you expressed an interest on my following up with this experiment; hence I invite you to enjoy my new Follow your Gut series. 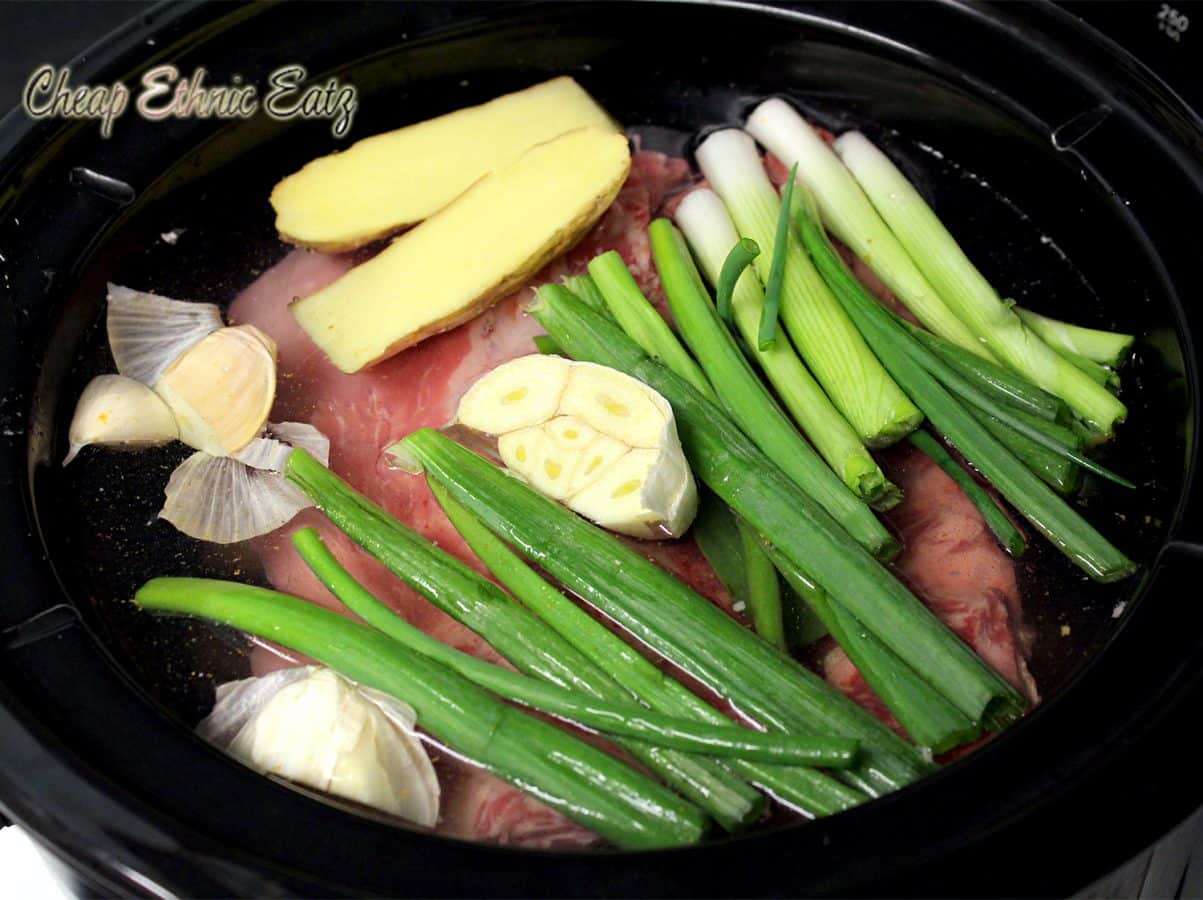 In the series I will cover my GERD condition, give you tips, and share my tried treatments. Today we will cover my condition and what to avoid. It all started about 2 years ago. I would constantly feel a bit of acid in my stomach but got used to the feeling being there. Unfortunately quite often I would get a malaise: without too much detail it felt like a heart attack but it was actually the pain of the food being stuck in the esophagus and not moving on to the stomach. I saw my doctor who sent me for tests and I was given a prescription called Lansoprazole, known as a proton-pump inhibitor. So the tests came back with GERD (could have been worse) and the medication stopped those painful event. Super!

Well not so super. I was told about 9 months later that there is a serious consequence to taking this kind of medication past the 1 year mark: your body has a lot of trouble absorbing magnesium. Taking a supplement will not help because to absorb magnesium you need acid in your stomach. And magnesium is really important to your health. I had to get off the medication but I had no idea how.

I started doing a lot of online research and I found lots of tricks….which I will cover in future posts. Getting off the medication was hard! The first 2 weeks your acid level kind of fight back and goes into over-production. It is easy to give up and go back to the pill. But I managed to get over this phase and I took the occasional Zantac when I absolutely needed it. Zantac works immediately but it will also block magnesium from being absorbed.

Things to cut out or avoid as much as possible:

I have never bothered much with making my own broth till now. But the Chicken and Beef Bone Broth I made last month changed all that. One recipe makes about 7 cups so I knew I was going to make 4 batches of broth for my month long challenge. And if you are a regular reader you KNOW I will not make the same broth twice. The next two to come will not be for the faint at heart! They will be a Lamb Bone Broth and Fish Bone Broth. So I will keep it more mellow today.

This is actually my 3rd batch of my challenge and it was inspired by a dinner I attended where I was served delicious pork ribs. When we cleared the table I asked my host if I could take the bones home. I had mentioned my experiment earlier so it did not sound too crazy. I made my way home with my little doggy bag of pork rib bones. I only brought home 1 pound, my recipe called for 2 pounds at least. I purchased a slab of pork ribs with meat and threw it in the crock pot. I could then remove the meat at the end and use it in another recipe. 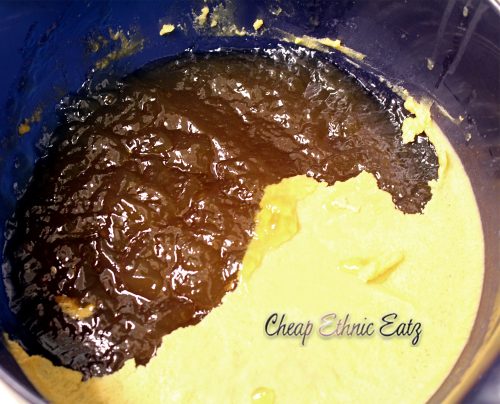 Do not forget the most IMPORTANT STEP in making bone broth: let the bones sit for 30-60 minutes in cool water and a bit of apple cider vinegar without turning on the heat. Leaving the mixture sit while cool will permit the vinegar to extract the minerals from the bones. When is your bone broth ready? The broth is ready when the bones crumbles or when you can break them easily. This broth took 24 hours.

I really enjoyed my Asian twist Pork Bone Broth and I was astounded when I came to used it the next day: it was solid like a really loose Jell-O. Joints, knuckles and feet will give you an extra gelatin boost. This broth was used to make a gluten-free Irish Bacon Cabbage Millet Soup which I will be posting in a couple of days.