Recipes from food films and TV, Salad and Soup Recipes

Take your recipe to the next level by using homemade broth. And the most healthy one is Chicken and Beef Bone Broth, packed with minerals and gelatin.

It’s Food ‘n Flix time again! In this monthly group a host picks a movie of their choice that pertains to food. Everyone watches the movie and then makes a recipe which the film inspired. It can be any recipe you want. This month’s pick is hosted by Elizabeth from The Lawyer’s Cookbook and she challenged us to travel back to our childhood and watch Lady and the Tramp which inspired me to cook with bones, a first! 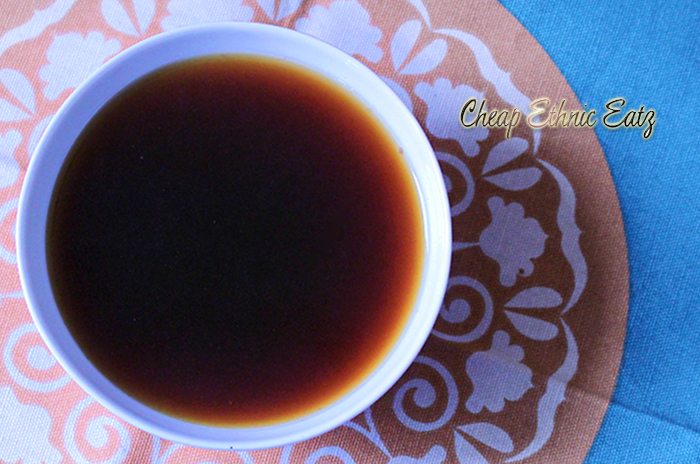 Lady and the Tramp is a 1955 American animated film produced by Walt Disney. Set in 1909, the film tells the story of a female Cocker Spaniel named Lady who lives with a refined, upper-middle-class family who meets a male stray mutt named Tramp. Despite their different background romance blooms through a series of adventures.

I have so much to say about the recipe I will keep my comments on the movie short this time. I had not seen this movie since childhood. It was never my favorite movie I have to admit but it was cute watching it again. This film came out way before I was born so it was a bit odd watching the extreme early century ‘wholesome values’ this film serves up. Maybe I am just too modern. I could not help chuckle at the end when Tramp gets ‘collared‘ by settling down and having pups. 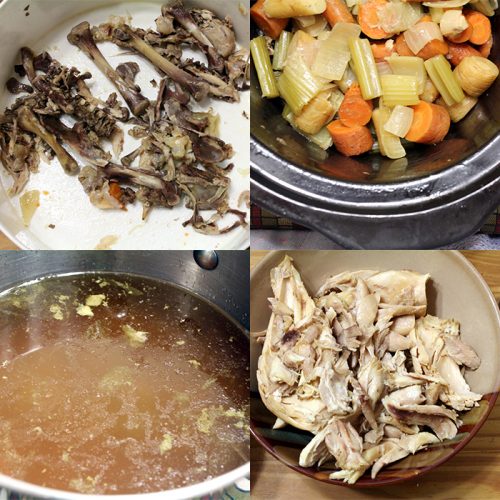 The food plays a greater role than I recalled but not a massive one. There were a few rats in the movie so making ratatouille came to mind. Tramp spend one morning deciding where to have breakfast: Bernie’s Grill, Francois pastries or Tony’s Italian. We see a plate of wiener schnitzel and the movie is famous for the meatball and spaghetti scene. But I chose my inspiration from a dog’s favorite meal: bones.

I admit I am guilty of throwing out bones and carcasses normally. I have never bothered much with making my own broth till now. It seemed like too much trouble for just one person. But that all changed when I went looking for a Chicken and Beef Bone Broth recipe and read about all the health benefits, particularly for someone with acid reflux problems. 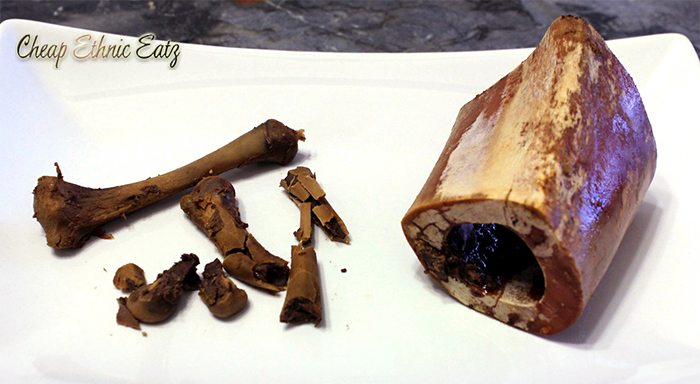 So the first article I come across in my search mentions the (unfortunately) magical word: acid reflux. I briefly said once before but I recently found out I have GERD, a form of acid reflux condition. For almost a year I was on a medication but I found out this prescription depletes you of magnesium or being able to absorb it. Since I found this out I have managed to get off this medication and I have done a few changes in my diet to help and heal my gut naturally. 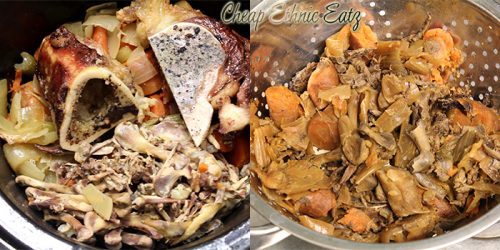 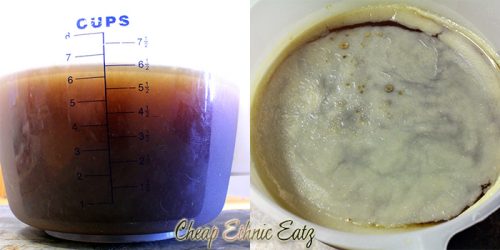 And normally you see a chicken bone broth recipe separate from a beef bone broth recipe, but I bent the rules and used both types of bones in one broth. Crazy as I always am! I was amazed also by how economical and bountiful this recipe is. I had all the meat from the chicken for another recipe. I maximized every nutrient out of my veggies by using them twice. And do not dare to throw out that bone marrow that you scooped out of the bones. It is a treat to spread on toast and it is so healthy for you. 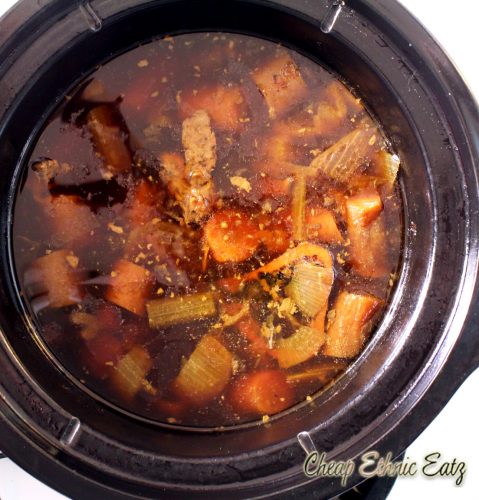 I got 7 cups out the recipe so I plan on having a cup a day this week and will write a Follow your Gut series. Actually I am challenging myself to have a cup a day for 1 month to see if my gut improves. I also made Pork Bone Bone, Lamb Bone Broth and Fish Bone Broth. You can drink it warmed up or use it in a recipe. It is delicious as is by the way and you will be surprised by its the sweetness due to the veggies caramelizing. 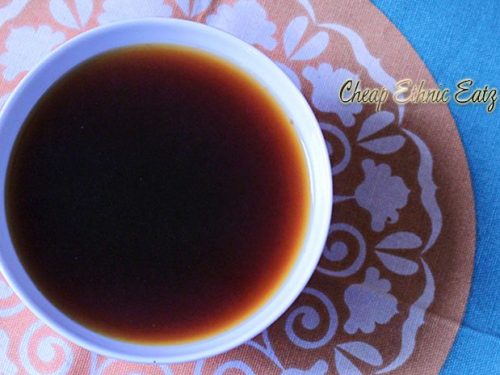 The broth is ready when the chicken bones crumbles when pinched between your fingers. Beef bones can be used for 3 rounds of broth making.