Who could resist a sweet milky egg custard that is just dripping with a light caramel sauce? By adding a bit of quinoa one could say this Peruvian Quinoa Flan is healthy too (sorta)!

I have been meaning to tell you one of my craziest travel stories for a while now which happened in Peru … but I just never got around to making a Peruvian recipe. Well a fun food group I just discovered focuses on a country a month and guess what this month is? Peru or course, for which I prepared a Crema Volteada de Quinua, or Peruvian Quinoa Flan for ATW12P. 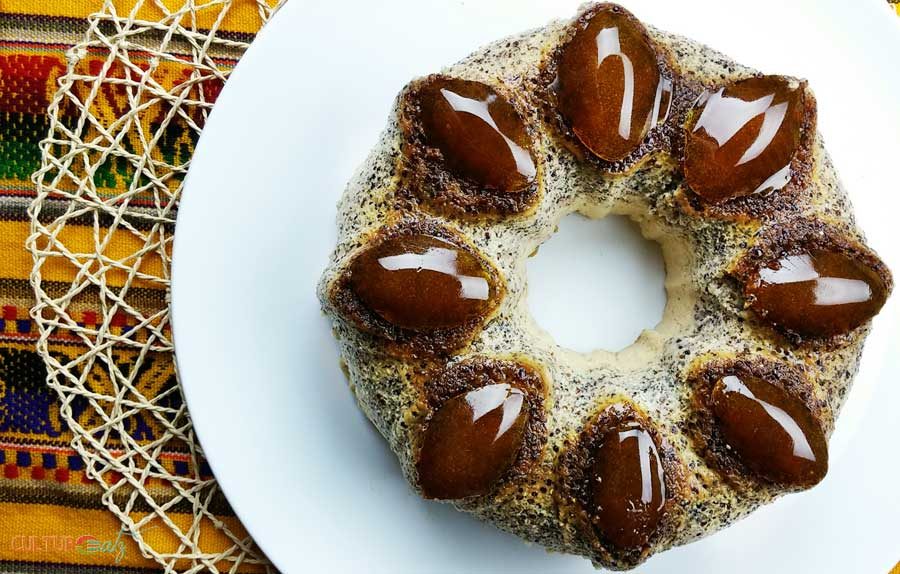 But before we get elbow high into the recipe I urge you to watch my video where I will tell you how I breached airport security on purpose in Cusco, Peru. Yes, airport security! It’s a crazy story (kids do not ever do what I did)….

This is my first participation in a group called Around the World in 12 Plates which is lead by Gabby. Each month the group explores a suggest country. For August we are of to Peru…a country I have visited in real life! I could have gone with a gazillion potato recipes as Peru grows over 3,800 varieties! But quinoa is just as indigenous to the Andes and so healthy. But let’s turn our quinoa into a naughty treat.

Funny how a recipe can travel around the world and take different names. Of French origin, crême caramel can be found in many European restaurants. But in Latin countries this dessert is called a flan! And in Peru a flan is called a crema volteada, or flipped over cream. Let’s add quinoa to ours: this unique Quinoa Flan,  or Crema Volteada de Quinua, is as Peruvian as you can get! 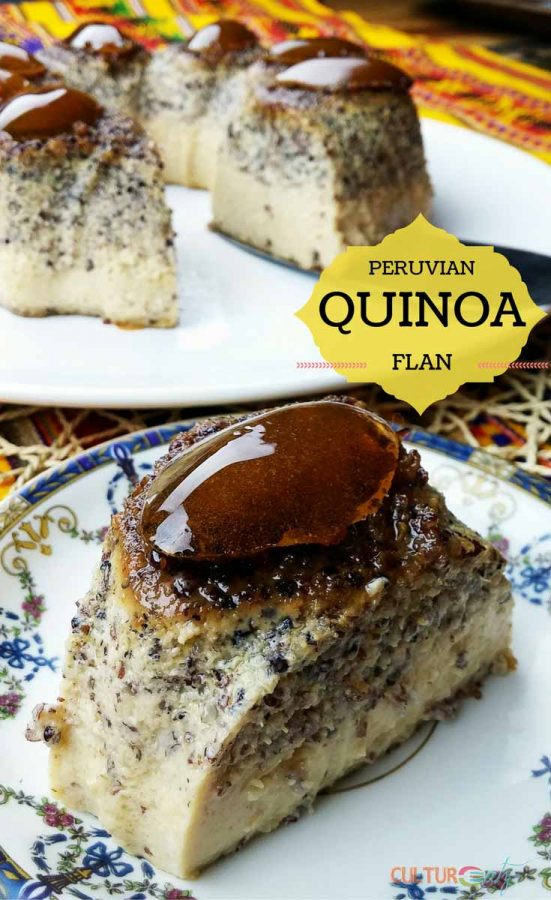 I got my Quinoa Flan recipe from a Spanish blog called Cocinando con Wendy. I am far from being fluent but I can understand a recipe in Spanish no problem. Actually her directions are only a video and I still figured it out right away lol. French and Spanish are pretty close. Normally a white quinoa is used for this Quinoa Flan recipe but I just happened to have black at home. I kind of like the grungy look 😉 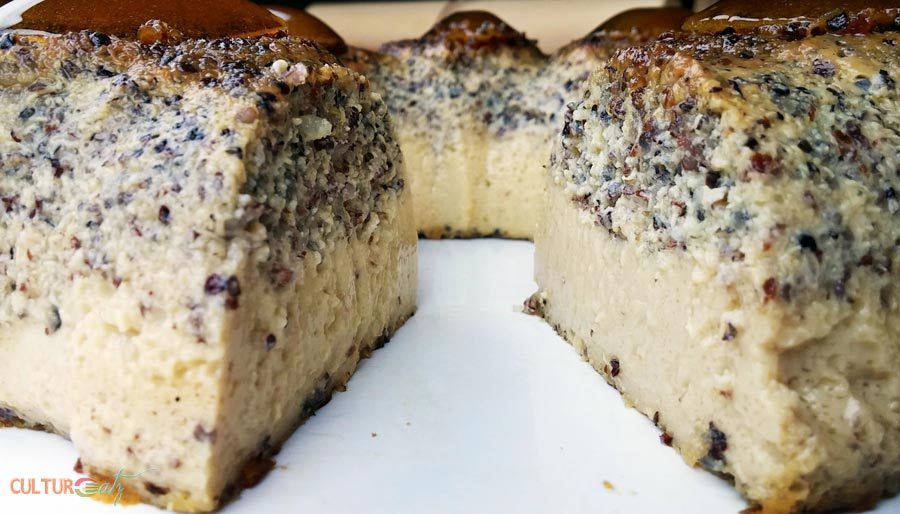 No those are not almonds on top! That is the caramel sauce that did not melt and turned into a barley sugar. I think it was because of my silicone mold. I put it back in the mold and the next day it was melted into a sauce, weird! 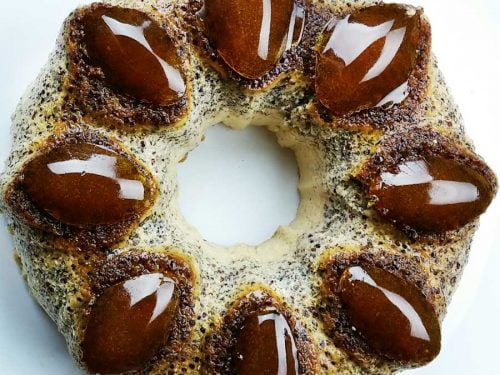 Around the World in 12 Plates