This month we are exploring Egypt and I chose the Egyptian Lentil Soup. 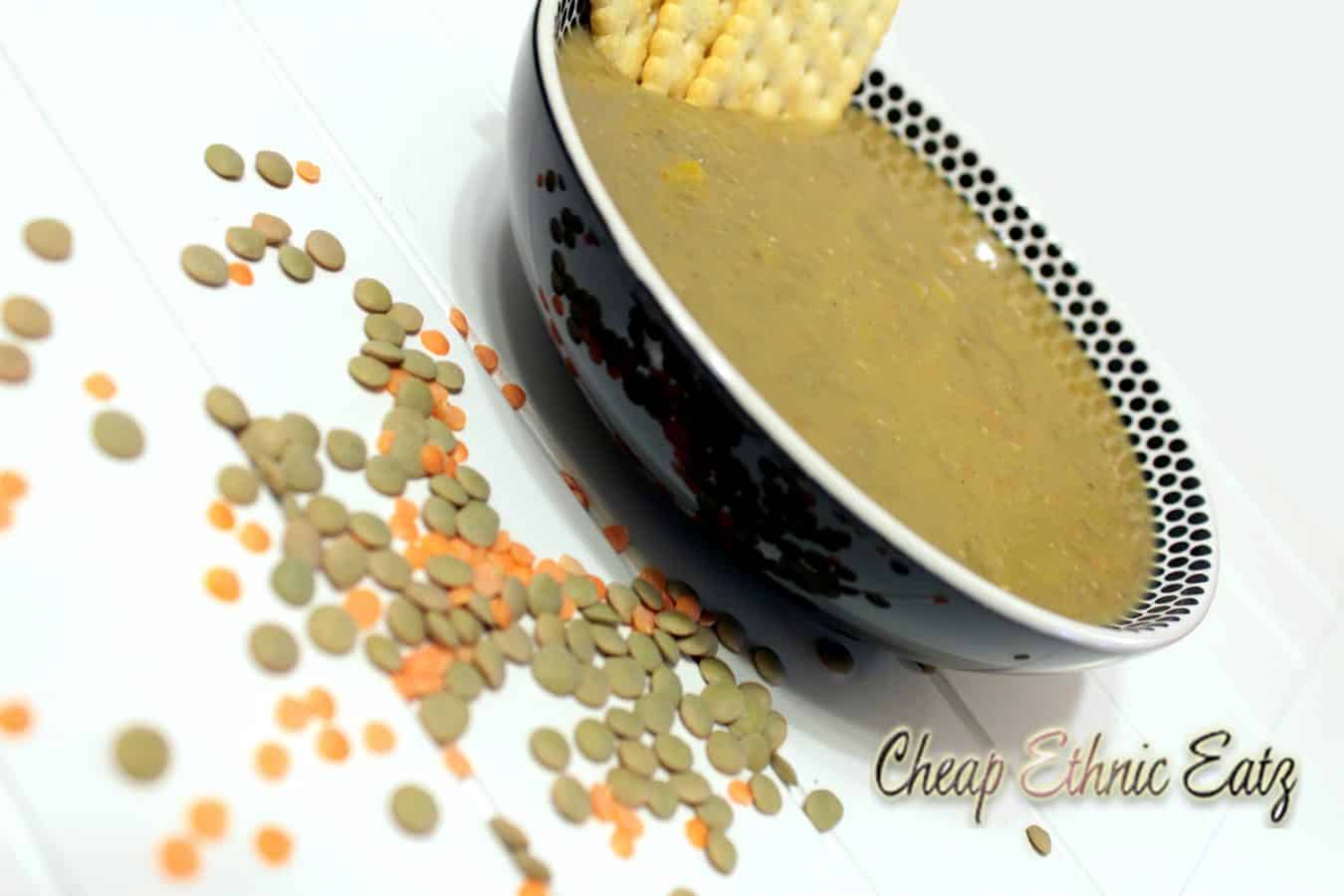 Egypt is in north-eastern Africa with its capital located in its largest city, Cairo. The country is bounded by the Mediterranean and Red Seas and geographically dominated both by the Nile River and its fertile well-watered valley and by the Eastern and Western deserts.

Other big cities include Alexandria and Luxor – gateway to the Valley of the Kings, amongst other fabulous attractions. Must-see sights include the Pyramids of Giza and the Sphinx, the Egyptian Museum, the Mosque of Mohamed Ali, Roman and Greek monuments, El Montaza Palace, Sinai’s mountains and desert, and the Nile River.

The most popular dishes include Ful Medames, mashed fava beans; ‘Molokheyya, a green plant chopped and cooked with garlic and coriander sauce; and Fetir Meshaltet.

Bread made from a simple recipe forms the backbone of Egyptian cuisine. It is consumed at almost all Egyptian meals; a working-class or rural Egyptian meal might consist of little more than bread and beans.

Egyptian cuisine also makes heavy use of legumes and vegetables, since Egypt’s rich Nile valley and delta produce large quantities of these crops of high quality. Koshari, a mixture of rice, lentils, and macaroni, is considered by many to be the national dish. 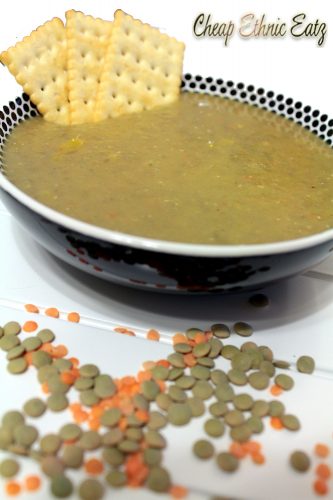 And lentils make another appearance in the Egyptian Lentil soup. Lentils are used to prepare inexpensive and nutritious soups in many parts of the world. It is a filling, warming, and nutritious meal. Did you know that 30% of their calories from protein?

Lentils also contain dietary fiber, folate, vitamin B1, and minerals. Their colors range from yellow to red-orange to green, brown, and black. This Egyptian soup recipe can be found right on Amira’s site, or host.

It’s just one version of many Middle-Eastern lentil soup recipes you can find in that neck of the woods.

Add a little bit of lemon juice if you want a bit more acidity.
You could also add a dash of ground coriander or fresh coriander leaves.