The Greek Moussaka, a Greek Style Eggplant Lasagna with Bechamel 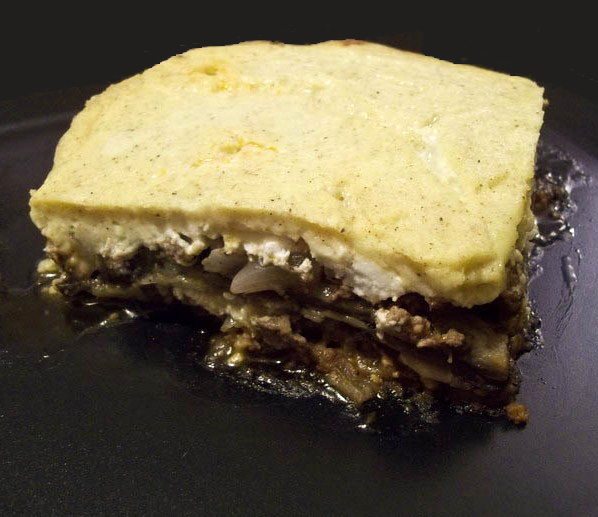 Greek Moussaka is a delicious eggplant or potato-based dish, that includes ground meat, and is baked with a top layer made of béchamel sauce.

When you start exploring more exotic foods you realize pretty soon that your local Chinese, Japanese, Greek and ethnic etc. restaurants are bastardized versions made for the North American palate. You may find the small gem family run restaurant that serves more authentic dishes or you can really find out what the true cuisine of a country is when on holiday. That is what happened to me with the Greek moussaka.

Greek food is a perfect example. When I was there many moons ago I ate grilled octopus, devoured lams stews, enjoyed moussakas and drank frappes in large quantities. No souvlakis or gyros in sight. I tell you the food and the islands there are so gorgeous I should consider moving there. 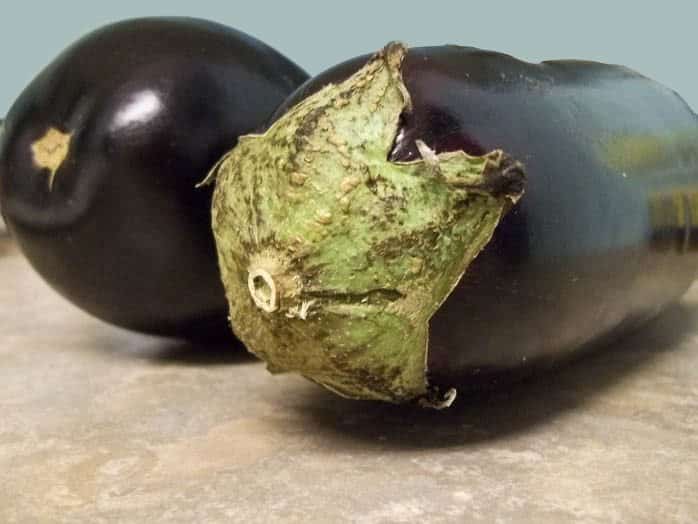 Moussaka: Not Just a Greek Dish

The Greek moussaka is believed to be invented by Nikolaos Tselementes. He was a Greek chef considered one of the most influential chefs of the early 1900s who modernized Greek cuisine and published many influential Greek cookbooks. You can tats it in the Greek Islands, all the way up north in towns near Meteora and it’s monasteries perched atop massive rock formations.

Moussaka is not solely a Greek dish but a dish of the Balkans, Eastern Mediterranean, and the Middle East. Each country and/or region has a different spin on it. The common base is sauteed eggplant, tomato, and usually minced meat. But the one we are the most familiar with is the Greek one, which is characterized by lamb meat spiced with cinnamon and a top layer of Bechamel sauce with nutmeg. 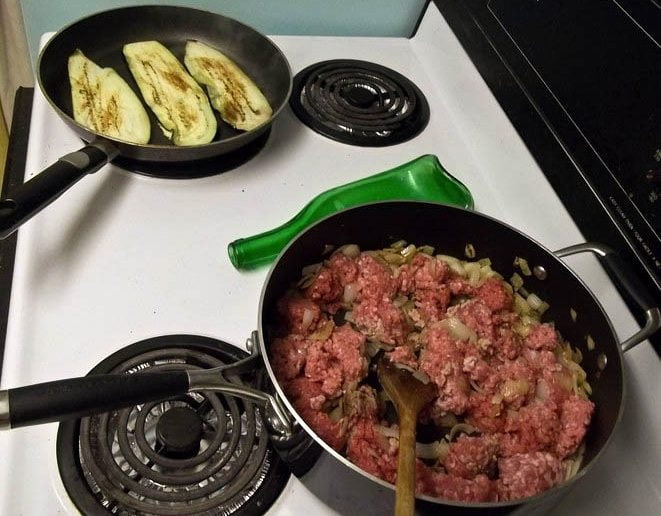 was actually something I discovered first in a Greek restaurant in Montreal, not in Greece. I still remember the first time I ate it and immediately associated as extreme comfort food. Of course, I would choose an ethnic dish as comfort food and not something closer to home! Now when I go to a Greek restaurant, if moussaka is on the menu chances are that is what I will order. Warning: moussaka is not the most photogenic food but it is amazing.

One day I came across a recipe for Greek Moussaka. Remember the days when gas stations gave out free stuff like glasses and plastic containers? It was pretty lame stuff usually but at one point one company (can’t remember which one) was giving away a series of little cookbooks. My parents had that whole collection. 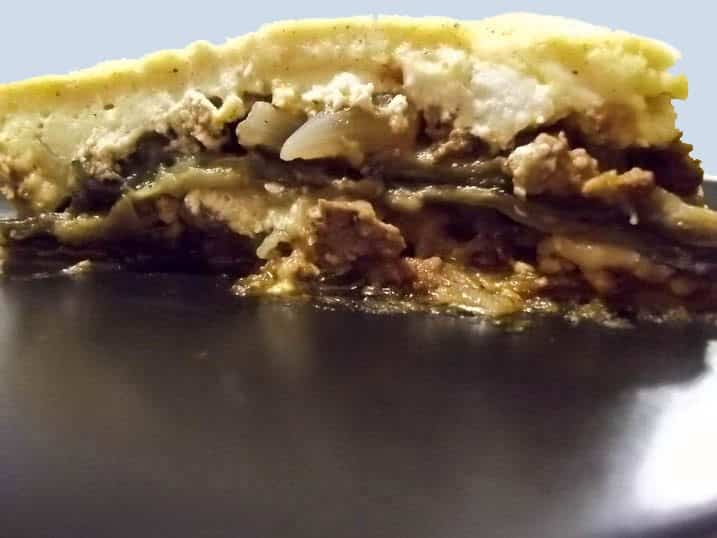 One of the books was fancy recipes for dinner parties and in it was this recipe below. I first made it about 15 years ago and I keep going back to it because it is the best moussaka I ever ate, hands down. I don’t have a source as I wrote down the recipe in a personal book a decade ago.