There is nothing like buying a little bit of fresh herbs to give humph and a clean flavor to a dish. Sometimes all you need is a couple of tablespoons. And then you are left with a bunch of herbs without planned use. In comes the bunch of parsley I purchased for the Tyrolean Knodel I made again last week. I only needed a little and I had so much left.

I often freeze my fresh herbs but they tend to be left forgotten. Parsley is not a herb I use a lot so I wanted to make something different while still fresh. There is only one recipe that I know of that requires parsley in large quantity, the Tabouleh Salad.

I would have to say Tabouleh is probably one of the first Middle Eastern foods I have ever eaten, it acompanied a Lebanese fast food dish. Tabouleh claims its origins in Syria and Lebanon but it became quickly popular all over the Middle East, each country putting a twist on it. 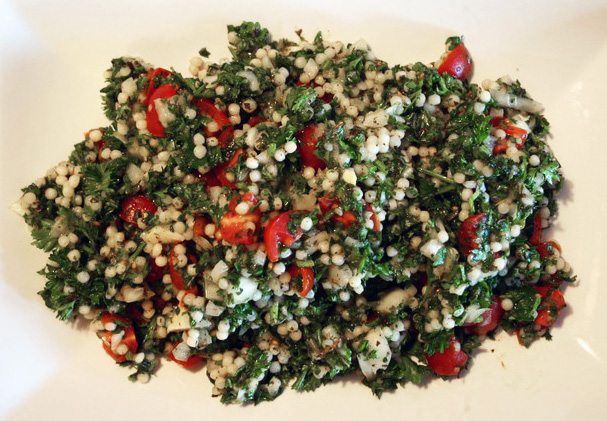 I have consumed countless Tabouleh versions since my first one.  Some were an eye opener and many were a huge disappointment. I believe this recipe below is the best Tabouleh I have ever tasted. I really like the texture of the Israeli couscous in here, a nice variation but a similar size on the traditional bulgur. The seasoning is so simple but full of taste. The parsley is not overbearing in this recipe either. I highly recommend you give this one a try. 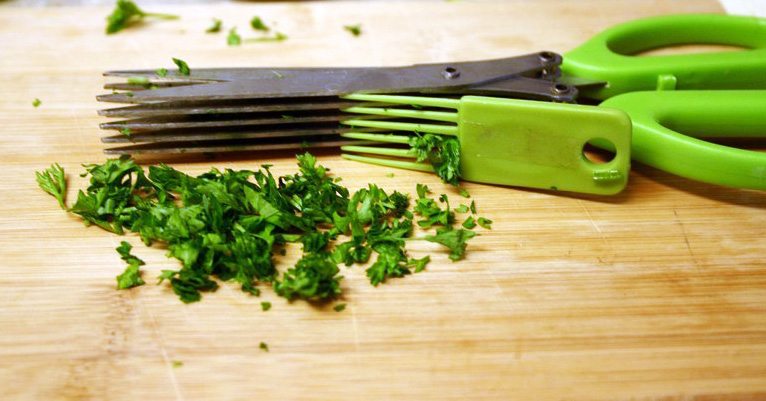 I have you seen these nifty herb scissors? I got them for Christmas after I exclaimed jealousy to my mom who had gotten a pair as a hostess gift a couple of year’s back. Five blades easily chop up fresh herbs without bruising the leaves too much. A little plastic comb gets the herbs in the blades out. It’s my new favorite gadget. 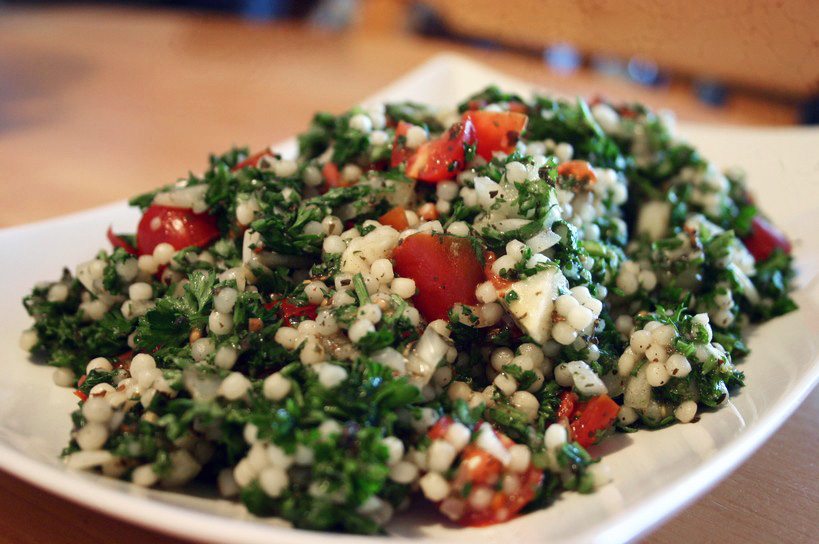 Feel free to substitute the Israeli couscous with a regular couscous or the traditional bulgur.