Creative pestos are so in right now and we think they are new variants off one “real” pesto recipe. But the truth is there are hundreds of traditional pesto recipes in Italy alone. Pesto Bianco is one of them, made of walnuts, olive oil and ricotta. Inspired by the movie I Am Love, I added a touch of Elderflower flower syrup to mine.

It’s Food ‘n Flix time again! In this monthly group a host picks a movie of their choice that pertains to food. Everyone watches the movie and then makes a recipe which the film inspired. It can be any recipe you want. This month’s pick is hosted by me, here is my announcement post, and I picked an Italian movie called I Am Love. I found my inspiration in the vast palate of Italian dishes, pesto, with a touch of a flower syrup mentioned in the movie, which I just purchased on my trip to Austria. I give you Pesto Bianco with Elderflower. 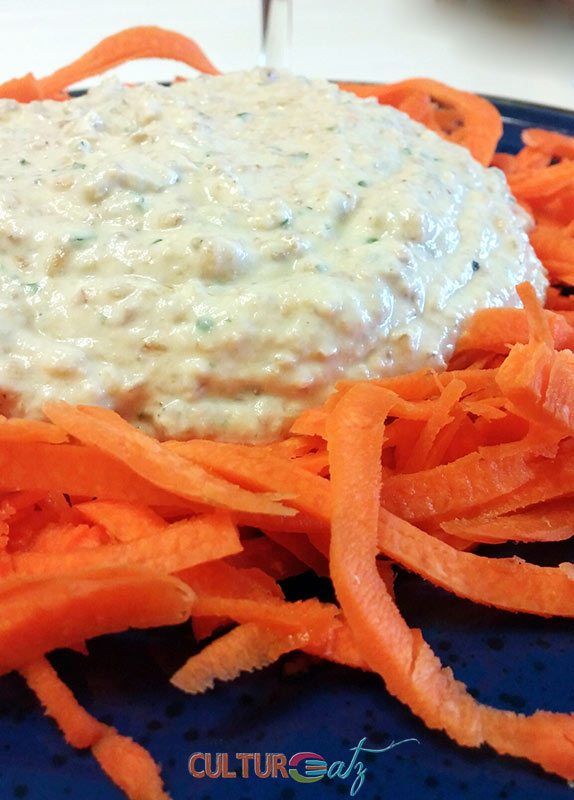 The film I am Love has been on my bucket list for some time. I only watched this movie after choosing it as my ‘host’ selection. Not so sure I would have made that choice if I had seen the movie prior. But hey we are here to explore movies and foods outside of our usual repertoire. I am part of the tiny group of people who did like the movie this month. But it is really not a film for everyone. It’s more of an art piece, the pace is very slow and languid. It is in Italian (with a peppering of Russian and English) and it is filmed with a nostalgic 70s Italian style (unique in itself). The movie triumphs in its subtleness. Two things I believe everyone did agree upon: the magnificent cinematography and the endless amount of gorgeous food. 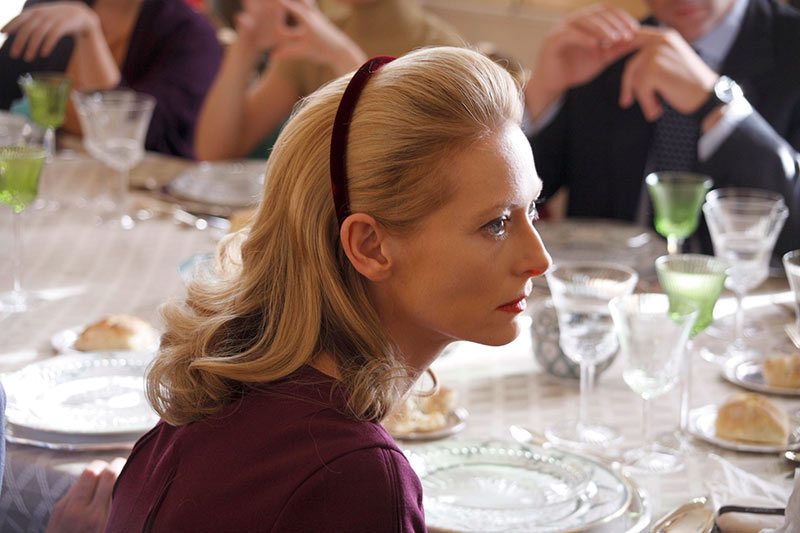 Most of the movie takes place around food: a family party, lunches between friends, an intimate meal prepared by lovers, even discussions of meal themes for planned formal parties. All the dinner table settings were amazing! The first scene after the credits is the preparation of a birthday party for the patriarch of the family. I will not mention the whole cast, just 2 major characters: Emma (played by Tilda Swinton), the Russian wife forced into the role of being a good Italian aristocrat’s wife, and her son Edo. At the end of the evening Antonio, a chef and friend of Edo, drops by with a birthday cake.

Emma is unhappy and finds herself in the arms of Antonio after a series of events. Their lovemaking scene was one of the most intense sexual scenes I have watched in awhile but it was all played on sensuality. Will the family find out about the affair, and if so what will be the consequences? It is a tragic ending, watch the movie to find out what happens. 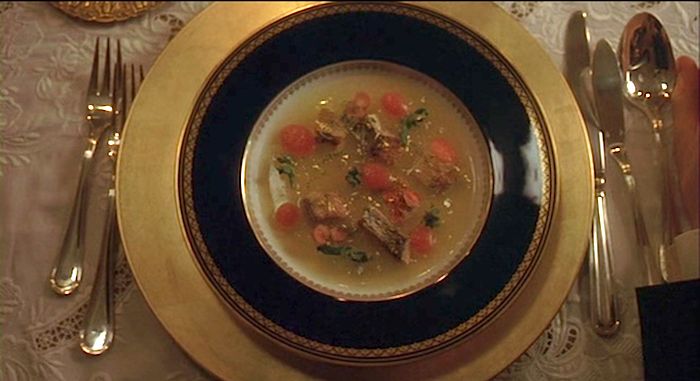 Three food moments stick out for me. Antonio serves Edo a lunch and says about his farm “the sense of flavors, as simple as this place” as he speaks of his country home and its gardens, I was really moved by this quote. Next is when Emma tastes the prawns with ratatouille with a sweet and sour sauce at Antonio’s restaurant. She is completely moved and unhinged, left glowing. It’s a pivotal point in the story. And finally the Russian ukha fish soup which is a recurring character in itself, and initiates the end of the story.

Pesto bianco is a puree made of walnuts,  olive oil and ricotta. Usually lots of fried garlic and Parmesan is added to Pesto Bianco. My Pesto Bianco would be more delicate and sweeter so I omitted this part. Instead I added the elderflower syrup and a touch of a Viennese wild garlic salt acquired from a very special shop in Vienna (will tell you about it in my trip post). 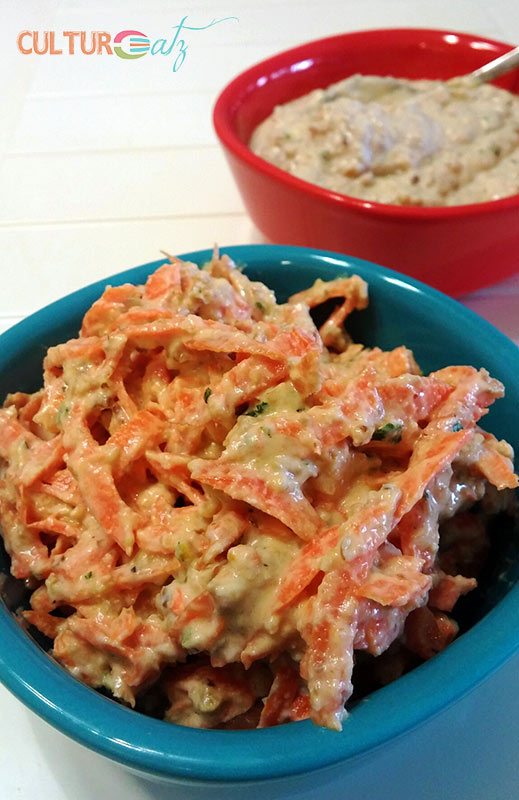 A flower syrup and garlic? I know that sounds weird but I went with a light hand in both cases and it totally worked. It’s a subtle pesto to start with – kind of like the film –  and those two flavors added a new dimension. No pasta here, I served my Pesto Bianco on a mountain of spiralized carrots. The natural sweetness of the carrots married well with the elderflower syrup. 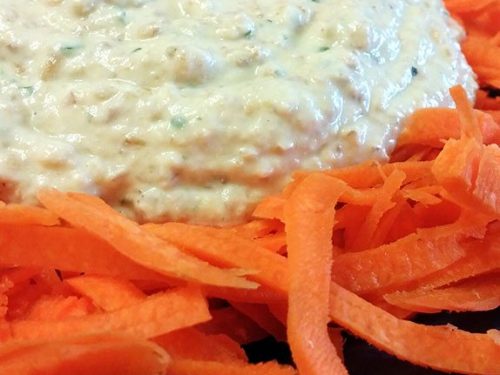