Why Kouign Amann Will Change your Hips

The Breton Kouign Amann pastry is utter heaven in a bite. The recipe calls for lots of butter, barely held together with flour and sugar. I am sure once you try it you will be hooked for life. Sorry hips you’re gonna get bigger!

I am so late on this one, this was the April 2016 Daring Kitchen assignment and life got in the way. But I had to do it because Kouign Amann is one of those pastries where I melted IN love at first bite…and it became my nemesis in the kitchen. Finally, for once, I won the battle! Sweet delicious victory! 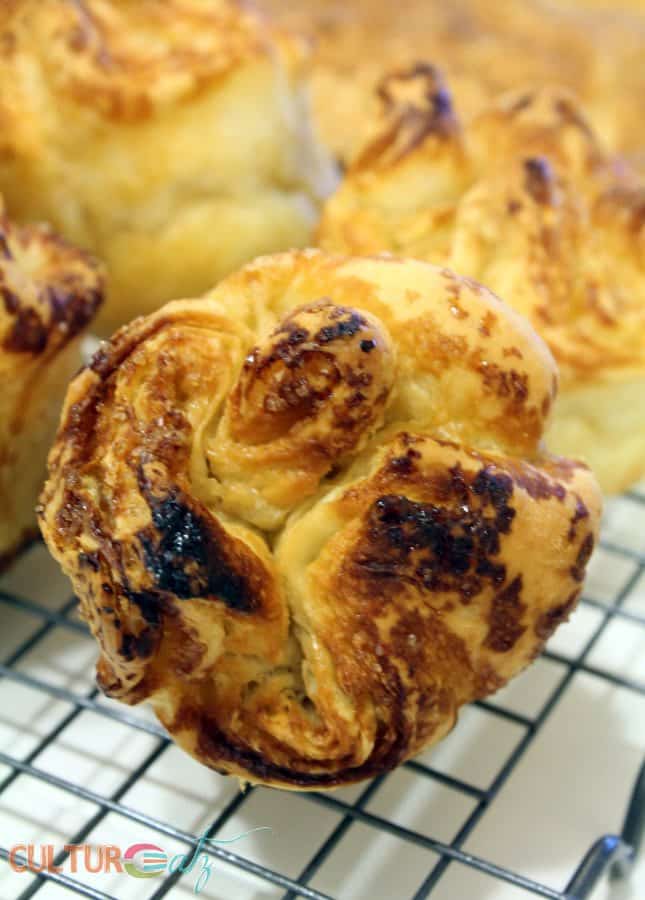 Kouign Amann is a Breton (France) pastry. Usually prepared like a round cake, it is made made with yeast-based bread dough containing layers of butter folded in several times (like puff pastry) and laminated with sugar.

The slowly baked pastry puffs up from the layers of butter and the sugar caramelizes. In Brittany the word for cake is  “kouign” and for butter “amann”. Oh yeah baby it’s a butter cake! Kouign amann originates from the town of Douarnenez in Brittany, some time around 1860. 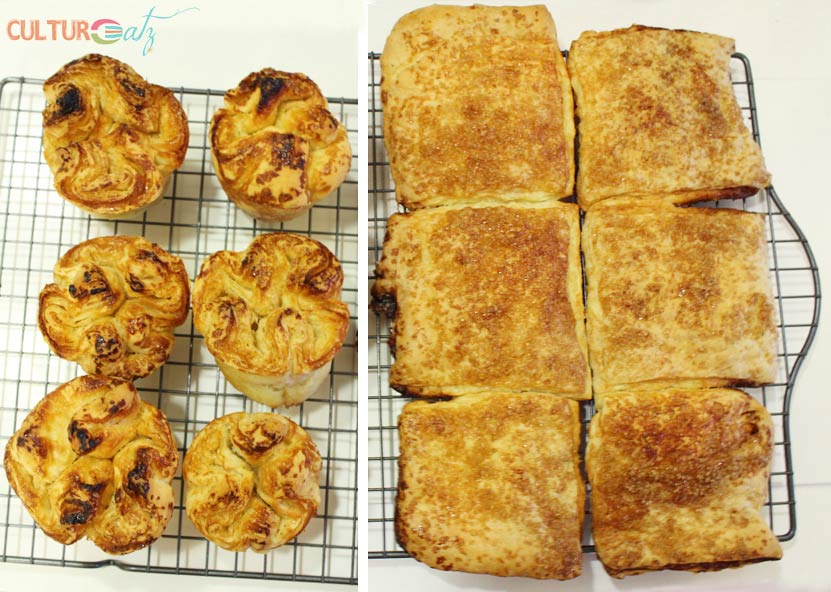 I tasted my first Kouign Amann years ago but I do not remember when I discovered it. There is also a Breton pastry shop near my work that sell Kouign Amann, so of course I avoid that shop like the plague. This is my second attempt at this recipe, the first back in 2011 (also a Daring Kitchen’s challenge), and it was a fail.

Just like the two times I have tried to make puff pastry from scratch. Am I not patient enough in between folds? Do I roll the dough out too much with the butter in? This time I tried to follow everything to the letter and finally, for the first time in my life, I had a flaky and quite light result! 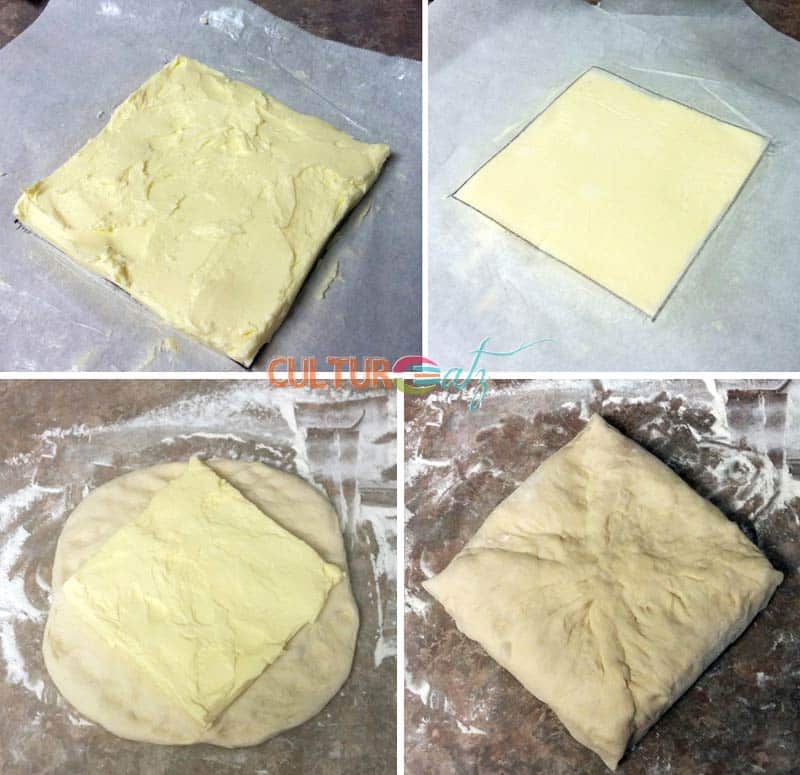 Squared butter placed in the center of the dough diagonally 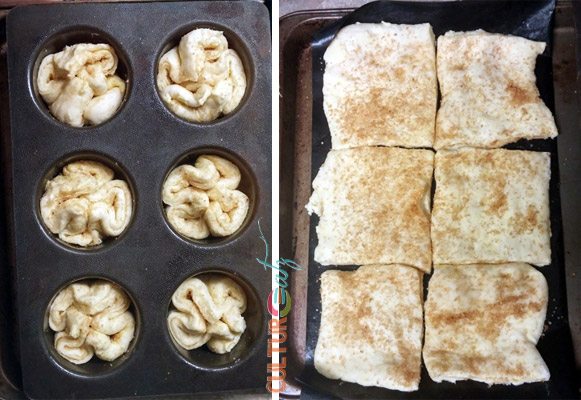 Ready to be baked!

In this recipe from BBC food we are asked to make it in portions sizes by baking them in muffin tins. The recipe calls for 12 and I only have a tin for 6…so I just baked the remaining 6 as is in squares. They took a bit less time to bake and were just as good. 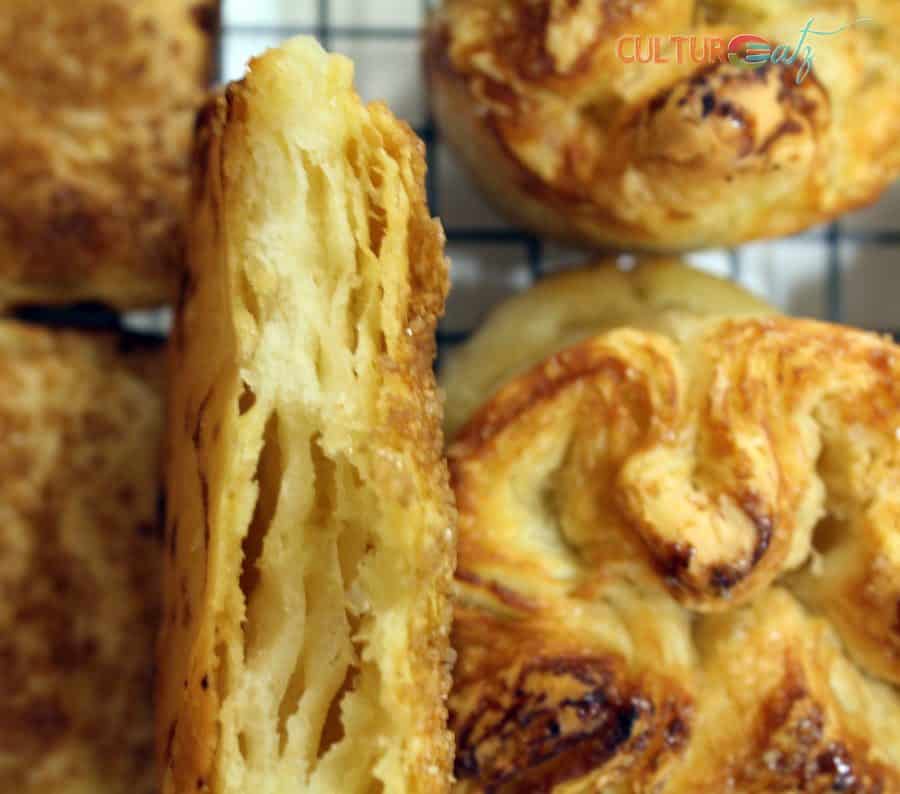 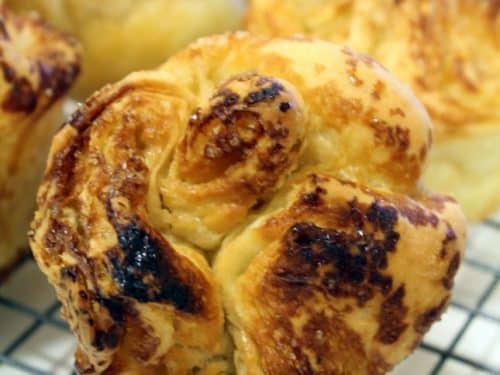