OK class, today we will have a lesson in religion. January 6th is known as Epiphany, a Christian feast day that celebrates the revelation of Jesus of Nazareth as the living Son of God on earth. Over the centuries the specific events which testify to this revelation have varied a lot but for today’s Western Christians, the feast primarily commemorates the coming of the Magi, with only a minor reference to the baptism of Jesus and the miracle at the Wedding at Cana. 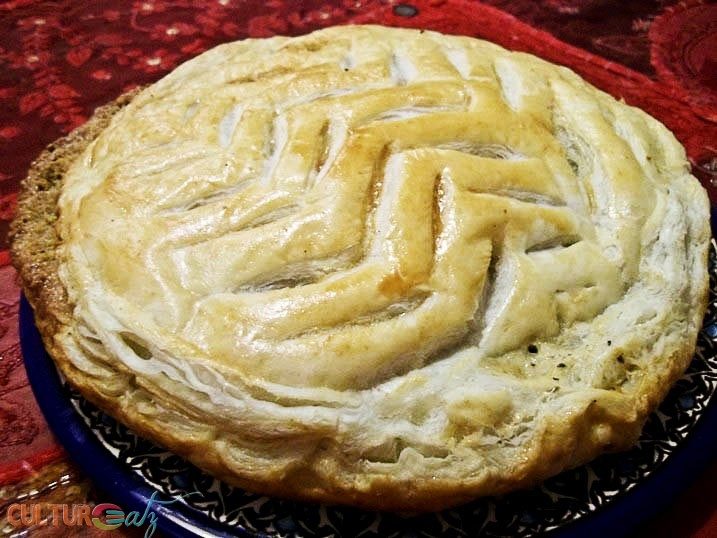 And of course, in some  parts of the world,  a dessert had to be created to celebrate this revelation. In parts of  France people have traditionally  prepared a Galettes des Rois, a cake consisting of puff pastry with almond cream (frangipane) to their celebrations. It is reminiscent of the King Cake found in the American Southern States that celebrate Mardi Gras. Hidden inside the cake you will find a trinket (usually a porcelain figurine) or a dry bean. The person who gets the piece of cake with the trinket becomes the king/queen for the day and will have to offer the next cake. The analogy of the king refers to the three kings drawn to visit Jesus after his birth, bearing gifts of gold, frankincense and myrrh. Often a paper crown accompanies the cake which is placed on the chosen king/queen. 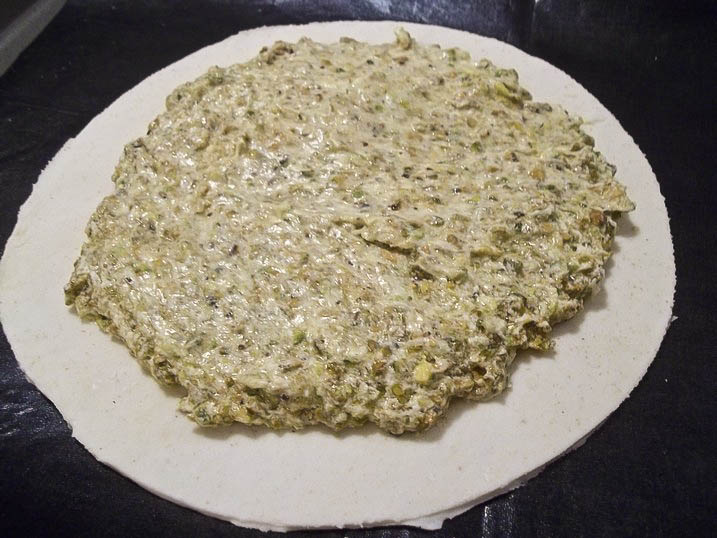 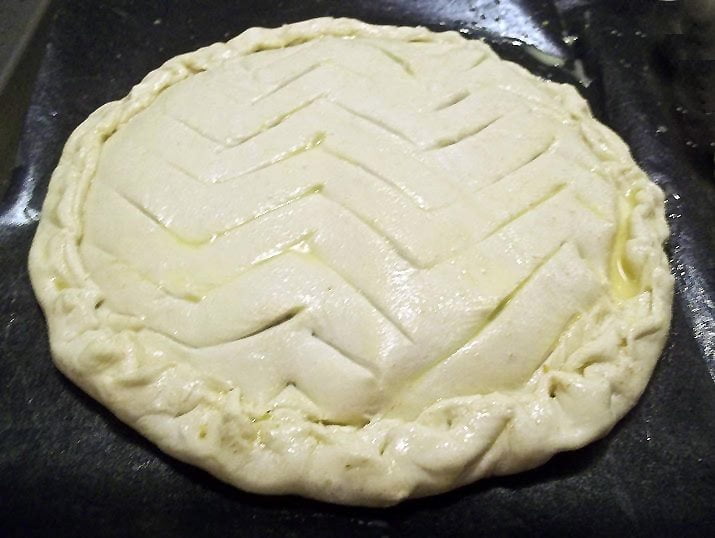 I am not a religious person but by pure coincidence I happened to host a dinner at my place with a few friends on the evening of January 6th so of course I had to make a Galettes des Rois for the fun of it. Without a small porcelain figurine or dry bean in sight I opted for a small button. The crown took the form of a tiara with pink marabou which I happened to have lying around (don’t ask). And since I had a hankering for pistachios this was my nut of choice for the frangipane. Hey traditions only survive with the addition of modern twists!

For my filling I adapted a recipe found on Pham Fatale. Since we were only 4 at the dinner table I made the galettes small enough to ensure there would be no leftovers should the trinket not be found on the first round. If you buy a package of frozen puff pastry this recipe will make 2 galettes of 5 to 6 servings each. You could just make 1 bigger galette, in that case roll you disks out to 12 inches.

Place the pistachios in a blender, a food processor or spice grinder and process them until you have a coarse crumbs. Make sure you stop before it turns into nut butter.

Using a handheld mixer, whisk the eggs and 5 tablespoons of sugar for about about 5-6 minutes, until the eggs are a pale yellow and very airy.

Cream the butter with 5 tablespoons of sugar, the salt and vanilla extract. Pour in the egg mixture and the ground pistachios. Gently mix until the batter is smooth.

Using a fork, beat the egg yolk with a tablespoon of milk. Use as your egg wash as described below. Place 2 disks on a baking sheet lined with parchment paper. Lay half the pistachio frangipane on each puff pastry disk, leaving a 1 inch ring of pastry. Brush the ring with the egg wash and place the remaining disks on top. Press the perimeter very tightly together. Using a knife, make decorative cuts on the top disks and brush with egg wash.

Refrigerate the galettes for an one hour. If you skip this step your filling may end up leaking out of the disks while baking (which happened to me). Preheat the oven to 400F, bake 10 minutes, then lower the oven temperature to 350F and bake 20 to 30 minutes or until the top is golden.

And in case you are wondering who was the lucky trinket finder this year. It was me! Yep I have the button in my mouth.