Last week we discovered together Thai Basil Seeds. This week we will take a look at another unknown seed: the Chia Seed. And yes it is the seeds you planted on your Chia Pet.

Salvia hispanica, commonly known as Chia, is a species of flowering plant in the mint family, Lamiaceae, that is native to central and southern Mexico and Guatemala. It was cultivated by the Aztec in pre-Columbian times. 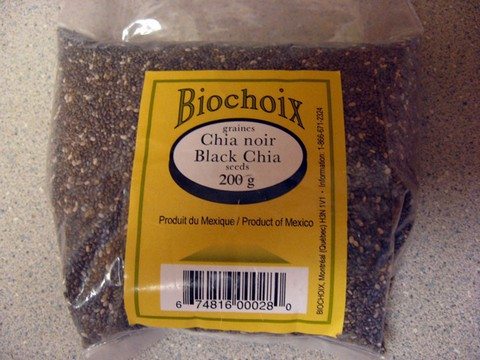 It is being hailed as the next flax seed phenomenon. Chia seed may be eaten raw as a whole seed and is a excellent source of omega-3, antioxidants, calcium and dietary fiber (both insoluble and soluble).The major advantage it has over flax seed is that unlike flax you can extract all its benefits even if consumed whole. It is very popular with diabetics as the gel that is formed in the stomach creates a physical barrier between carbohydrates and the digestive enzymes that break them down, thus slowing the conversion of carbohydrates into sugar. 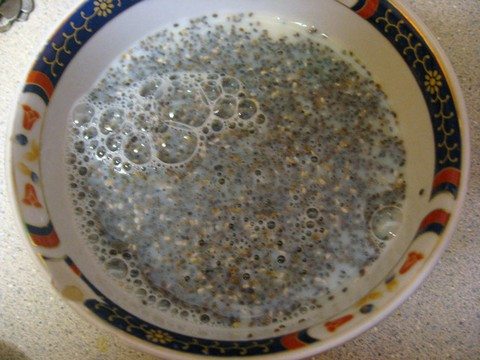 Ground chia seed is sometimes added to pinole, a coarse flour made from toasted maize kernels. Chia seeds placed in water or fruit juice is consumed in Mexico and known as chia fresca. Mix a teaspoon of chia in a glass of water and see what happens. The soaked seeds swell and become gelatinous in texture. It is used in gruels, porridges and puddings. 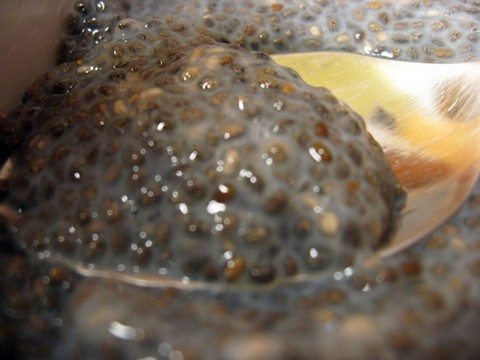 Make basic chia gel. Combine 1/3 cup chia seeds to every 2 cups distilled water in an airtight container. Shake vigorously to combine, allow to set for 90 seconds, then shake again. Store your chia gel in the refrigerator for up to two weeks. You can incorporate this tasteless gel into any liquid or semi-liquid food such as pudding, salad dressing, soup, jam, yogurt, cereal or dip.

I made mine with milk and a bit of honey to create a tapioca like dessert. Can’t say it was to good but I did that before really reading up on it. Now I would know better on how to use it.