Imagine yourself poor and starving, making the best with what you have to feed your family. This is exactly how the Andalusian Polea Porridge was created, a common dish consumed during the Spanish Civil War.

Sometimes you come across a recipe that is quite plain. But your evil mind wants to accompany the dish with a playful, forbidden and magical ingredient. Such was the case with my Andalusian Polea Porridge with Roasted Celery Root which was inspired by the mandrake root seen (and scene) in the movie Pan’s Labyrinth. Celery root was a safer alternative! 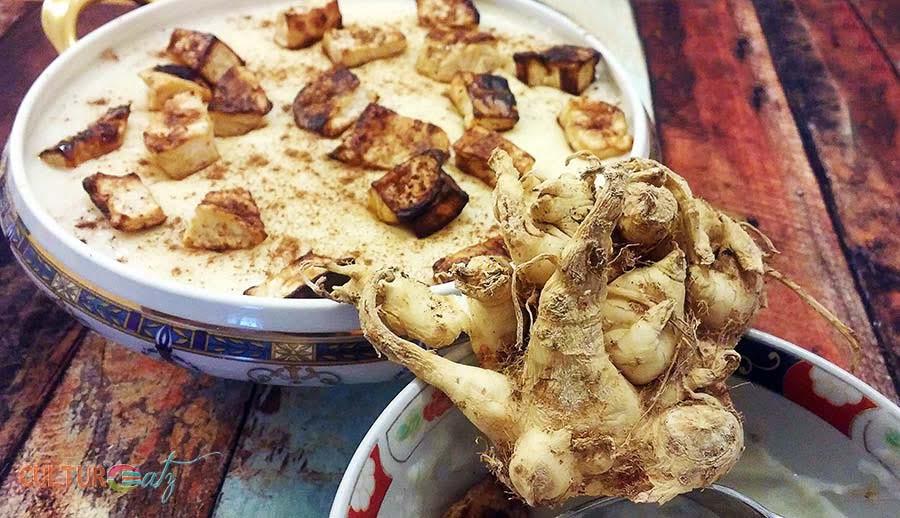 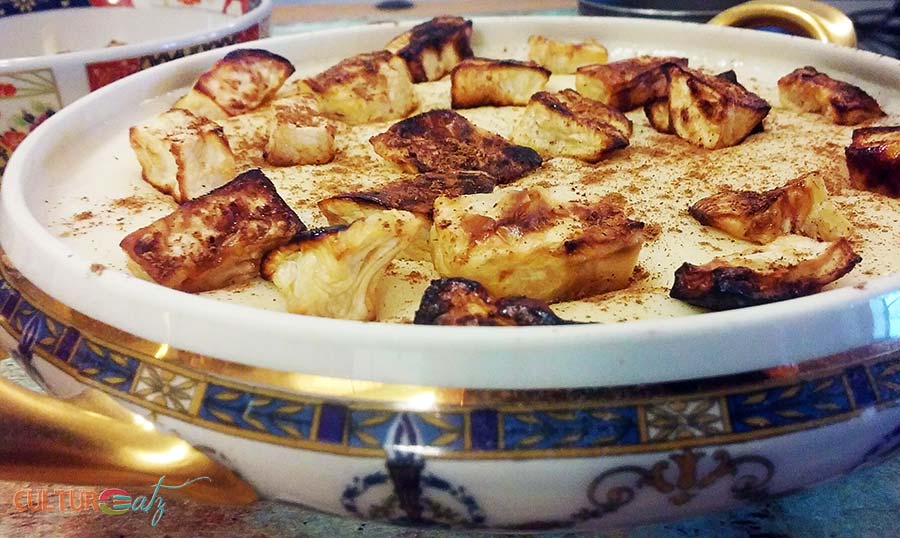 Pan’s Labyrinth is an awesome movie that I just saw for the third time. It is a 2006 Spanish-Mexican dark fantasy film written and directed by Mexican filmmaker Guillermo del Toro. And it stars the brilliant and young Ivana Baquero as Ofelia. Set during the Spanish Civil War in 1944, we are immersed in somber cruel with mean souls and potentially manipulative beings. 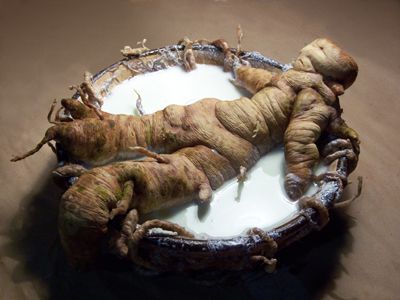 And that is all I am going to say for now because I did a video for this recipe and I ended up narrating my usual movie spiel there, explained my inspiration from the movie, share really curious facts about the mandrake root, and the recipe!
Seriously you do not want to miss the bit about the mandrake root….

Food ‘n Flix is hosted this month by Katharina at Pretty Cake Machine! In this monthly group a host picks a movie of their choice that pertains to food. Everyone watches the movie and then makes a recipe which the film inspired. It can be any recipe you want. Join us! 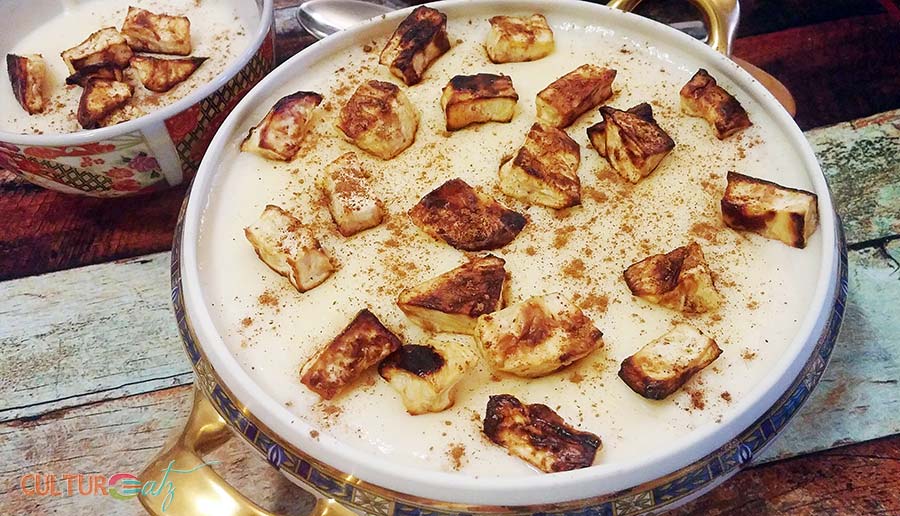 The Andalusian Polea Porridge, sort of a breakfast soup, is a perfect example of a recipe created by the imaginative poor people during the Spanish Civil War. Ingredients were rationed at that time. Polea was made with water, flour, salt, anise, milk and sugar.

The porridge was often topped with fruit, honey or cinnamon, and was usually served with fried bread. I topped mine with roasted celery root to mimic an impressive scene in the movie with the human like mandrake root. 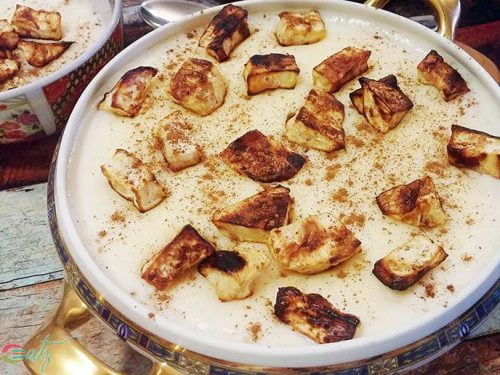 Imagine yourself poor ans starving, making the best with what you have to feed your family. This is exactly how the Andalusian Polea Porridge was created, a common dish consumed during the Spanish Civil War.
Print Recipe Pin Recipe
Course Breakfast
Cuisine Spanish
Servings 6 portions 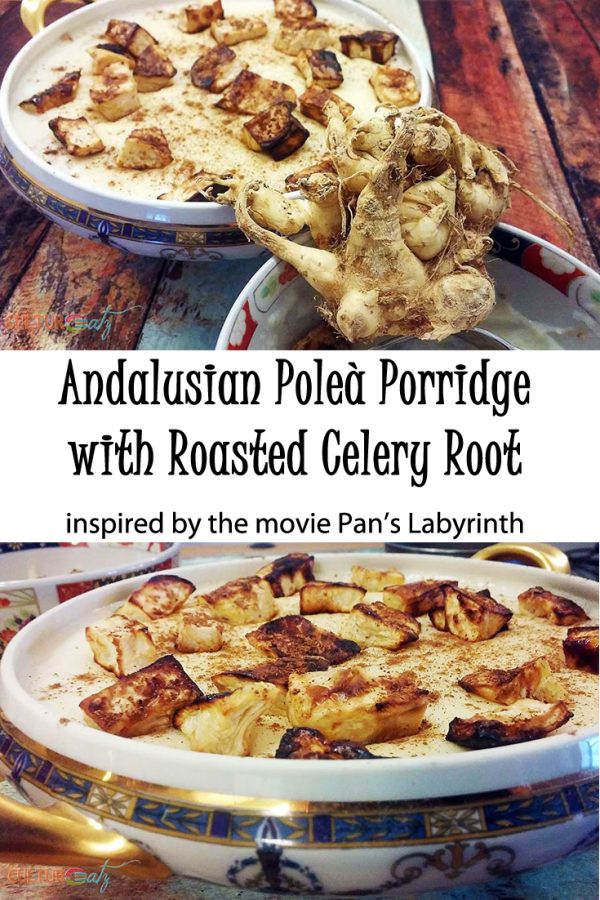