The Anadama Bread is an old-fashion New England bread made with molasses, wheat flour, and cornmeal. My version is made with a sourdough starter with the addition of seeds and coconut.

Imagine my surprise when I came across this recipe as I was searching for a new bread recipe to use with my new kitchen toy. A New England bread I have never heard off before, an old-fashion bread that may very well be on it’s way to extinction. Once commercially produced, the Anadama Breads is a rarity today. Here is my tweaked version: a Sourdough Seed Anadama Bread. 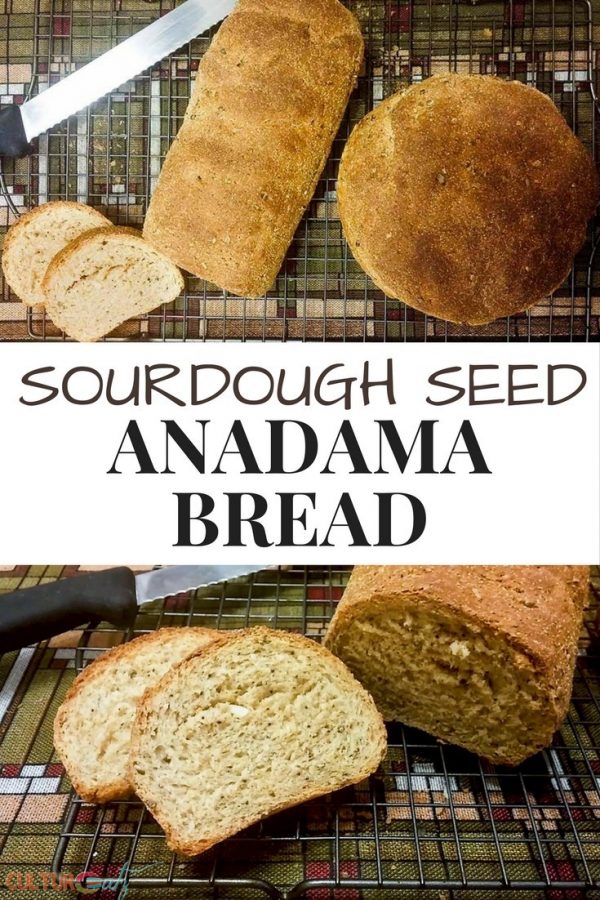 During the 20th century, it was delivered in a horse-drawn cart to households by men in blue smocks.  It was commercially available from local bakeries from the early 1900s until 1970 when the Anadama Bread Bakery on closed down. 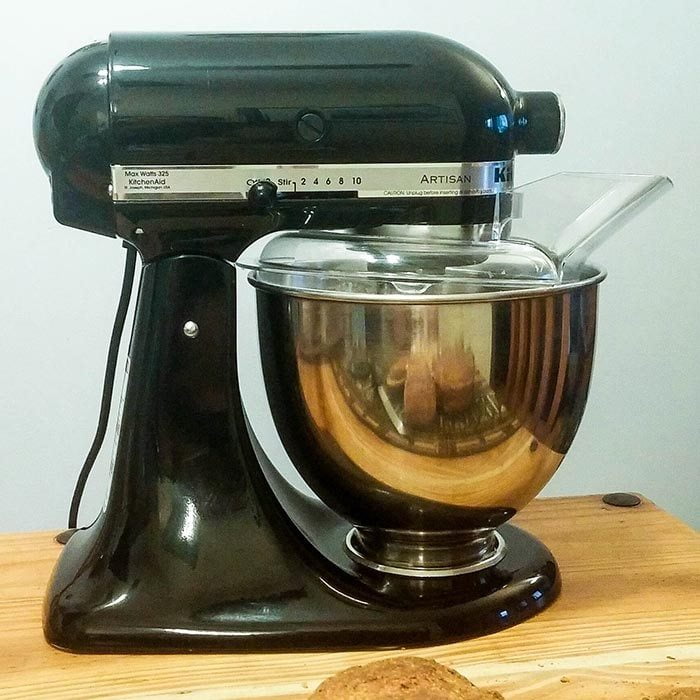 I did it! I took the plunge and I got myself a KitchenAid Artisan stand mixer. My previous stand mixer was no longer able to knead bread dough. So I went searching for the best deal I could find on Black Friday. I finally found my deal on eBay actually. An even better deal than any sale: 50% off. I had no choice of color as the model had the tiniest of a scratch on one of the beaters.

Wow, what a workhorse this beast is. I had to set the speed to the max on my old mixer to be able to handle bread dough. When I read the KitchenAid instructions, I was doubtful when it said to keep the speed on 2. But it worked like a piece of cake.

My version is a bit more eclectic and modern. I made my bread with my sourdough starter and I also decided to add a handful of various seeds as well as a bit of coconut.

I am very happy to add this recipe to my bread recipe repertoire. My only comment is that you should eat it pretty quick as I found it dried out pretty fast after a couple of days. 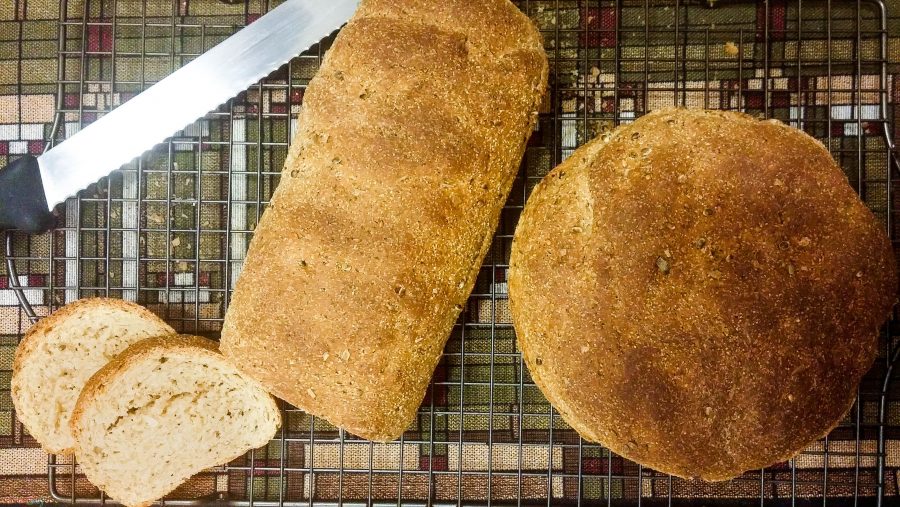 The Anadama Bread is an old-fashion New England bread made with molasses, wheat flour, and cornmeal. My version is made with a sourdough starter with the addition of seeds and coconut.
Print Recipe Pin Recipe
Course Bread
Cuisine United States
Servings 2 loaves