Two words on how it tastes: AWE and SOME 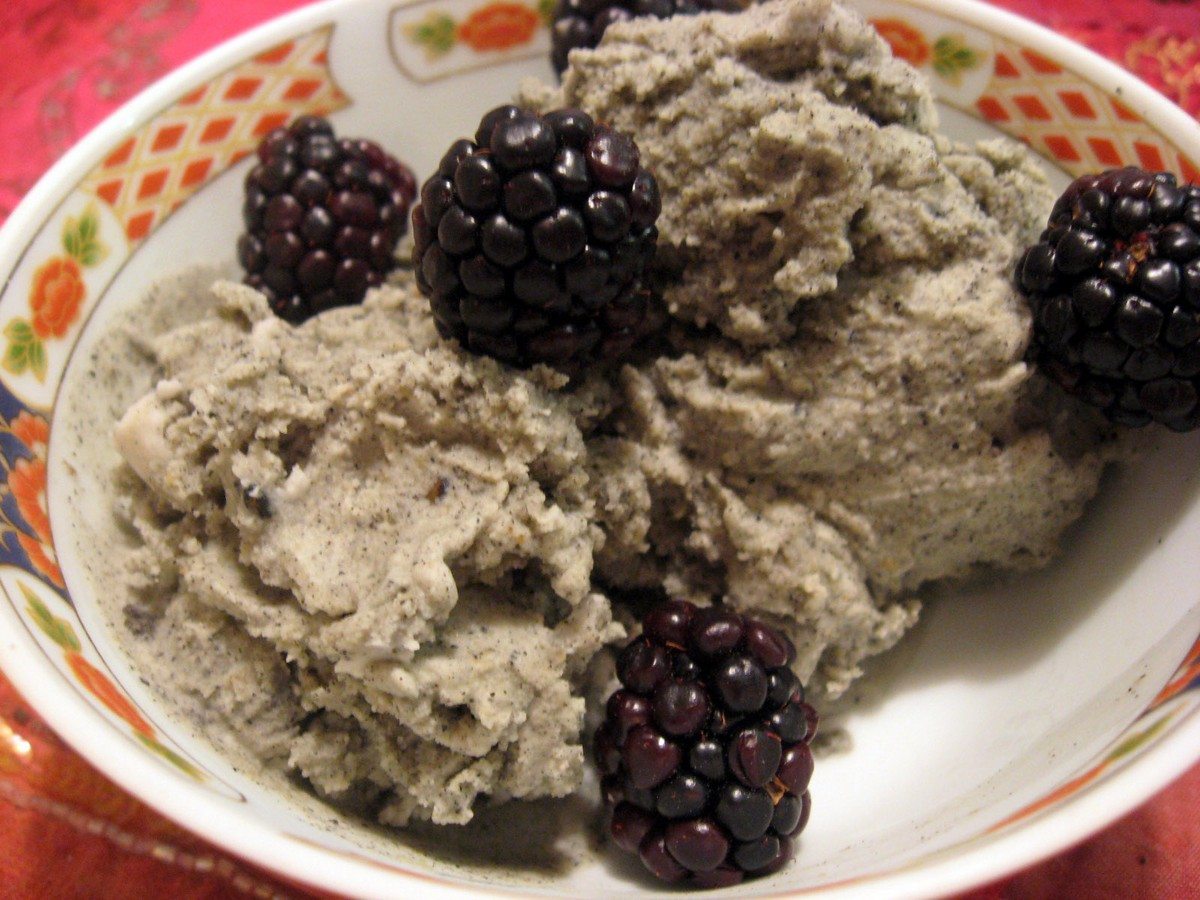 I came across this flavor at Atti during the dinner group’s Christmas dinner. They served green tea, red bean, ginger and this black as night sesame ice cream. This last one was the hit of the meal both in taste and sight. I made a mental note to find a recipe. Then winter came to Montreal and I mentally blocked the ice cream machine out of my mind. But spring like weather has come early to Quebec this year without a real trace of snow anywhere in a month. The ice cream machine was calling my name….

And so I broke out the bag of black sesame seeds I bought months ago for this recipe. I know it sounds like a weird combination but it is so so so good. A little nutty, a bit like tahini in taste. Now most ice cream recipes have you cook slowly an egg yolk in milk on the stove before freezing. Ugh…sorry I am too lazy I do my ice straight. So this is the easy version and my own recipe. 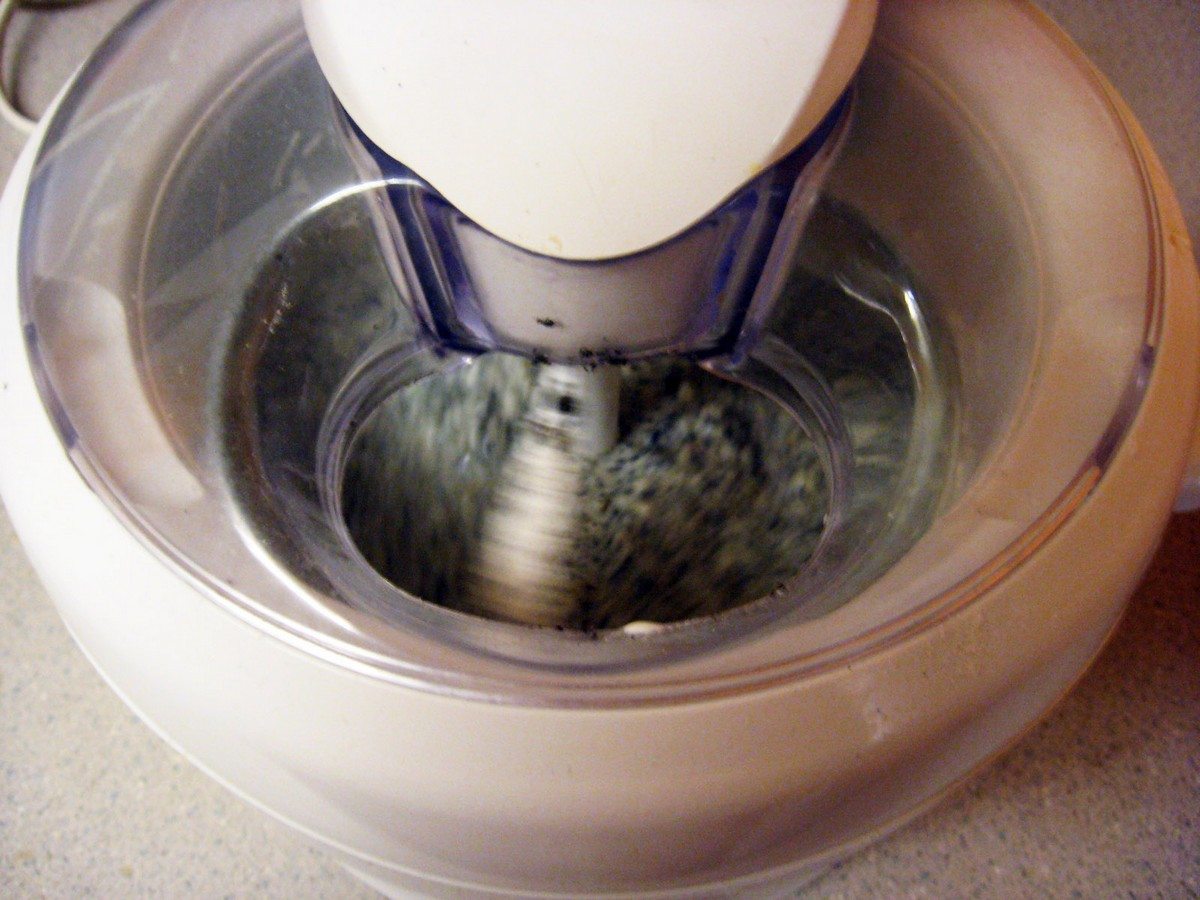 That is it. Your ice cream will be ready in about 40 minutes. Look at it up close. You can see the specks of clack from the shell on the seed. Blackberries, which I happened to have in the fridge, were a perfect complement. 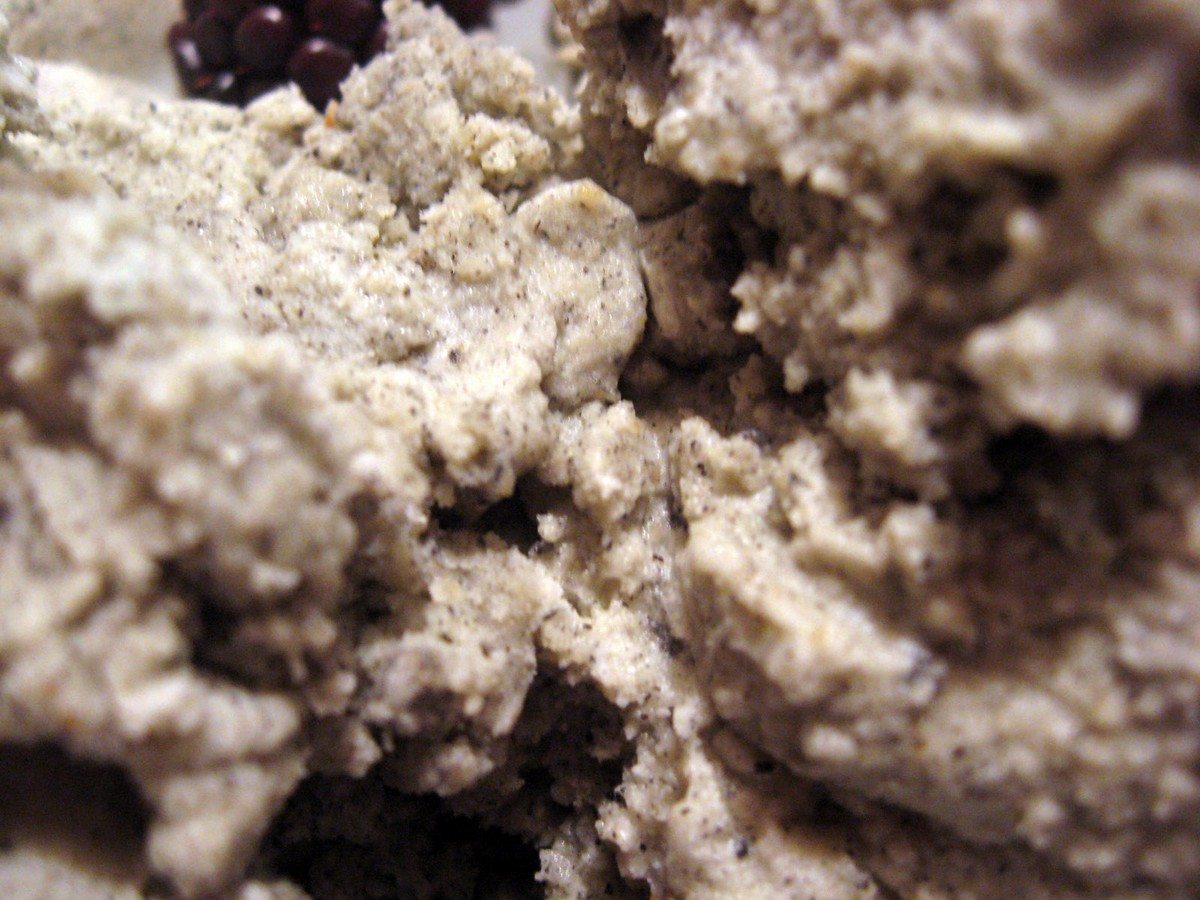