One fun perk about running a food blog is getting the occasional media event invite. After a while they sort of all blend together. Well this time I got 2 really original invitations I could not pass up: one by Je t’aime en Chocolat, the 3rd annual chocolate fair the weekend before St-Valentines Day, and Wafu, a Montreal company that specializes in Japanese dressings and mayonnaise, which recently appeared on Dragon’s Den.

The Je t’aime en Chococlat event is brimming with artisan chocolates from all over the Province of Quebec. I was spoiled with so many sample and the 5 friends that came with me enjoyed the wonderful treats each kiosk gave away. Ganache and flavored caramels seemed to be quite in fashion. Some of the artisans present were: 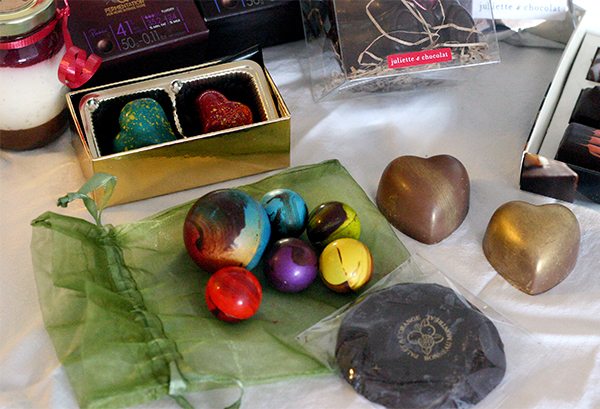 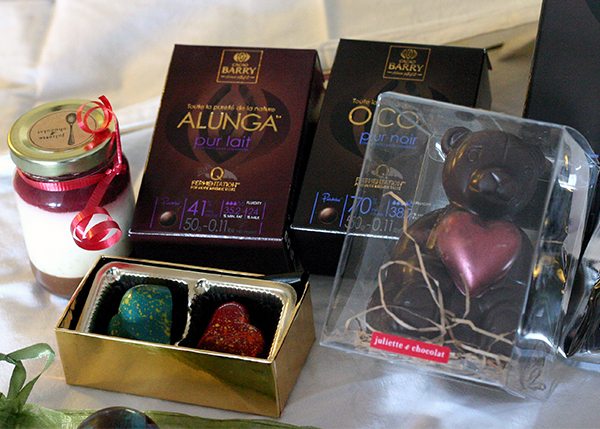 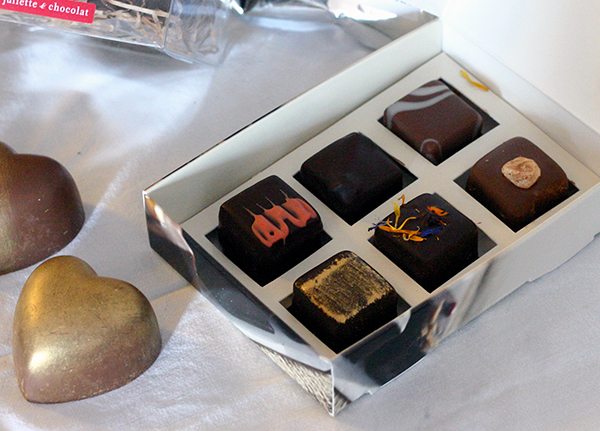 The event is sponsored by Cacao Barry and Anne de Shallah a Quebec designer. The event is know for a chocolate fashion show that contains chocolate inspired fashion and some made with chocolate. We were given a lovely scarf by the designer with the invite. Cacao Barry was promoting as well there brand new Q Fermentation chocolate couvertures, perfect for enrobing and molding. It comes in 41%, 65% and 70% cocoa. 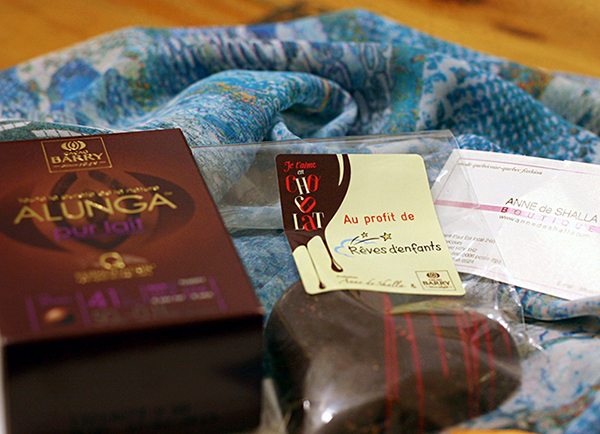 Wafu hosted a special party to see their live appearance on the Dragon’s Den at Marché Park. If you are not familiar with the Dragon’s Den, it is a reality show featuring entrepreneurs pitching their business ideas in order to secure investment finance from a panel of venture capitalists. This event was for the Dragon’s Den Canada.

Let me start by saying I don’t usually like to write about events I attend a lot but I totally love this company and their products. In fact I was already buying the Wafu Original Sesame dressing when you could only find it at one specific grocery store a good 10 years back. When I told this to Mari Toyoda, the creator of Wafu, she said it was probably at the time when she still printed her labels at home on her printer.

She told me her dream to go to people’s houses, open up the fridge and hope to see her products next to the ketchup, mustard and such. Well I told her that has really been the case in my fridge for 10 years, basically since I discovered the product.

Their line has grown extensively since then with an Original Light dressing, a Ginger Carrot dressing, a Wasabi Edamame dressing, a gluten version of all the above (red cap); plus the new Mayonaizu Sesame, Wasabi and Spicy. The spicy mayo and Ginger Carrot are new favorites.

We snacked on a few specially created sushis made with the Wafu products, the Dragon’s Rolls, and sipped on bubbly as we watched the show. Can you spot me in the group?

Mari Toyoda & Gil Michel-Garcia from Montreal, Quebec at Dragon’s Den Canada. They asked for 350k for 10% The investors were tough on them but did give them a offer, one that was in the company’s best interest to refuse. I have to say I agreed with their decision.

I have no fear the company will grow stronger and stronger on their own. They are most popular in Quebec for sure but their products are already available through most of Canada and the US.