Nut lovers will go nuts for the Croatian torta Hrapocusa, or  Dol Cake. The almond cake supports a massise walnut topping, all held together with loads of sugar and eggs.

Well this is officially my first Croatian recipe here on CulturEatz! Not only that but the torta Hrapocusa specifically comes from a small village of Dol, on the Croation island of Brac. You and I may have never heard of it before, but over there the cake is a huge deal.  They say every family in Dol has their own secret recipe. And there is an annual Night of Hrapocusa event where the population goes from about 100 inhabitants to over a 1,000 people.

Let’s find out more about this very popular cake (which I turned into ‘cupcakes’). 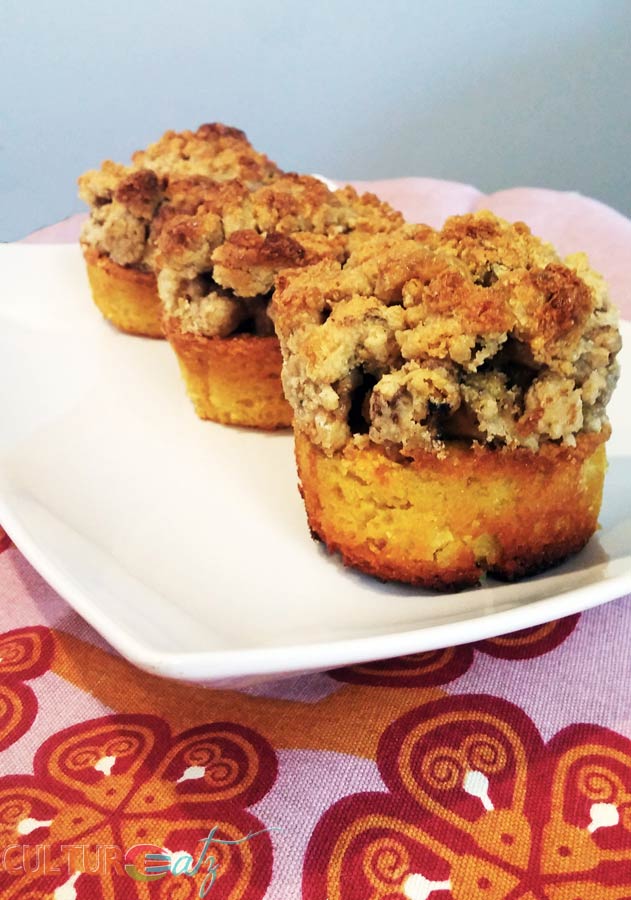 The cake from Brac, Croatia

So first things first, it is pronounced “huh-rap-choose-sa”. And it is pretty much unlike any cake you have ever tried before. The bottom part consists of almond-based sponge with orange notes, while the top part is made of a walnut brittle with lemon notes. And where does the name come from? Not only is it named after rugged stones from the nearby caves, the cake kinda looks like the homonymous rocks too!

The Island of Brac is located in the Adriatic Sea and it is the largest island in Dalmatia. Dalmatia is one of four historical regions in Croatia. Yes the people are called Dalmatians, not to be confused with the cute dogs 😉 The cake comes from the small village of Dol which is know for it’s rolling hills, pine and fig trees, isolated bays and clear water. The last census of 2011 puts the population at 130 souls. Now that is tiny!

This September 2016 Daring Kitchen’s challenge comes to us from Jason at Daily Candor. The English recipe source comes from The Recipe Hunters, and a few other Croatian blogs brough inspiration.

How Sweet it is

I thought I would be ‘portion’ smart so I actually halved the recipe posted below and I used a muffin tin to make 6 ‘cupcakes’ (a full recipe would be 12 ‘cupcakes’). The images I have seen of this cake are really not pretty. This cake will never win  the swimsuit competition in a pageant lol. So a small individual size could be prettier. And I think I succeeded in that mission.

However one cupcake is way too much for a single serving. This cake is SWEET, like hurt your teeth sweet. I have a massive sweet tooth which usually balks at claims of ‘it’s too sweet’. Not this time, just too much sugar for me. It is however naturally gluten-free! I recommend cutting your “cupcake’ in 2 or 4 portions. Delicious, that is is so just go for a small portion and enjoy! 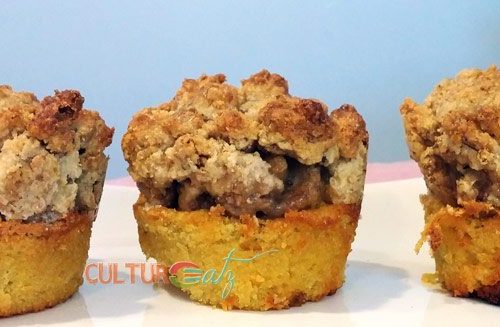