Hey, psst…wanna by some Miracle fruit tablets? Have you ever heard of the Miracle berry and the hallucinogenic games it can play in your mouth? This is the coolest thing! The Miracle berry is a fruit originally grown in West Africa and has been used for centuries but of course the word of mouth spread only after the European dropped in for a visit/invasion. This berry makes sour foods taste sweet.

The berries contains a glycoprotein molecule called miraculin which coats and binds to the tongue’s taste buds when eaten. Science has extracted this molecule and successfully created a edible tablet which does the same thing than eating the fruit. Scientists have made the tablet yet they still don’t know why the phenomenon occurs. The one thing they know for sure is that miraculin messes around with your taste bud receptors. 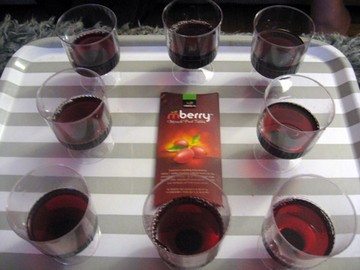 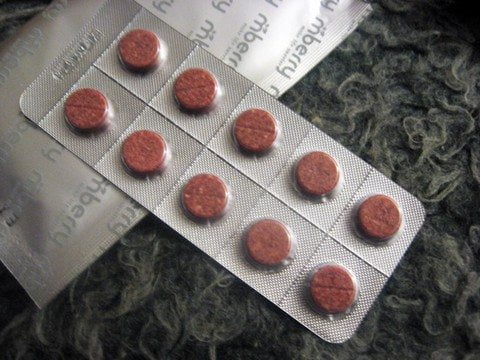 Ever since I read about the Miracle Berry I have been so eager to try it. After some online shopping I found miracle fruit tablets at a very reasonable price. Finally the packet arrived in the mail. Right away I sent out an email to invite a select group of friends to my Fruit Dropping Party.

Why is it called that? Best guess I have is you are meant to eat acidic food so I assume is is a play of dropping acid? Such parties are also nicknamed flavor tripping parties. Let me assure you miracle fruit tablets are not a drug and are perfectly legal. It is however a subject of controversy as well, see last paragraph.

We were a party of 8 guinea pigs for this tasting experiment. Everyone brought a food to contribute. We all took a tablet and let it dissolve in our mouth, making sure we swished it around the whole tongue. The tablet itself tasted quite sour ironically. Then we all felt a earthy/powdery residue on the tongue. Someone volunteered to take the first lemon bite. It worked! We all jumped on the acidic buffet. See Karyn here bite into a lemon…

Not everyone reacted the exact same way to all foods but all found foods unusually sweet. A lemon still tastes like a lemon…just really sweet. Same for all other citrus. Tomatoes and unripe mangoes were so sweet ans strawberries were almost to sugary. The sour cream, the bread and goat cheese only had a slight effect but there was an unusual sweetness to it. Vinegary foods were less tangy but still had a bit of kick to them. The toxic candies were still sour..perhaps because it is a chemical sourness? Guiness had a more chocolaty taste to it. Bit I think the biggest shock for all was red wine: it tasted like Kool-Aid made with 5 cups of sugar, it was unbelievable.

We just ate in amazement for about 40 min until we started noticing the effect of the tablets was slowly wearing off. The effects can last between 15 to 60 min. At this point some guest were really happy I had bought antacid tablets. You flavor perception made be different but your stomach sees no difference! Oh boy! Many had a slightly sensitive stomach the next day. But it is totally worth it once to try. We had such a blast. 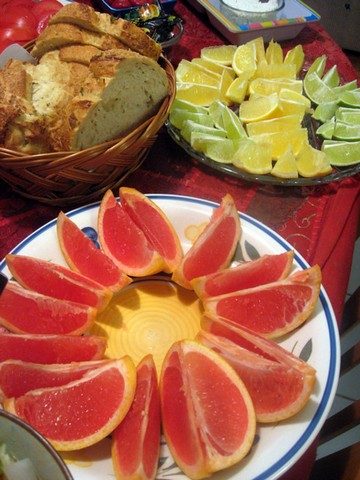 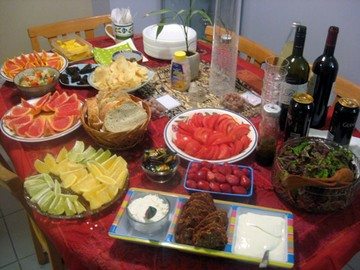 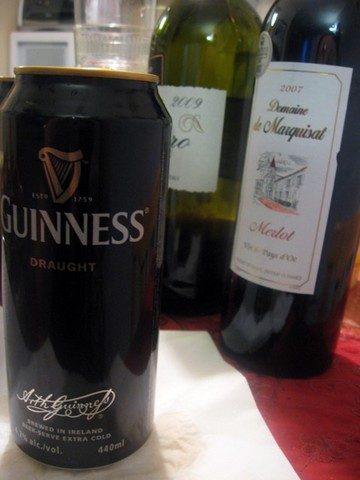 I highly recommend this experience. It is not expensive so get some and have your own Fruit Dropping Party. Just make sure to supply a bottle of antacid tablets too!

By the way Miracle Fruit tablets are great for those lacking appetite due to the metallic taste resulting from chemotherapy. Diabetic patients and dieters can use it as a way to calm a sugar craving without the calories or playing with their sugar levels.

But the US government has put a stop to any such research. It is legal to grow,buy, sell and consume Miracle berries on their own. It cannot be added legally to foods though because the FDA suddenly decided to classify it as a possible food additive instead of a food (as first planned). Why? Well there are stories that the sugar industry was not to happy about the whole situation. All we do know for sure is that in 1974 the one company developing miraculin for the diabetic market had to close its doors when the FDA slapped the food additive label. Such a label involves years of research and a whole lot of money, more then the Miraculin Company could ever dream of having. Did I mention too that it is a fact the offices of the Miraculin Company were ransacked not log before the FDA stepped in? Hmm, make your own conclusions.