A healthier take on the classic Fish and Chips, I baked a chips-battered fish and accompanied it with baked veggie chips!

It’s Food ‘n Flix time again! In this monthly group a host picks a movie of their choice that pertains to food. Everyone watches the movie and then makes a recipe which the film inspired. It can be any recipe you want. This month’s pick is hosted by Heather from girlichef and she challenged us watch The Goonies! And this month I am also combining my post with the monthly Creative Cooking Crew group with this month’s theme: “a fish n’ chips makeover, take it some place it’s never been before”.

So what is a girls that just started watching her calories to do with 2 calorific inspirations? Find a healthier twist of course! The resulting creation: a baked Crisps Fish and Veggie Chips

My healthier version would make the character Chunk – the biggest eater in the movie – probably react this way! 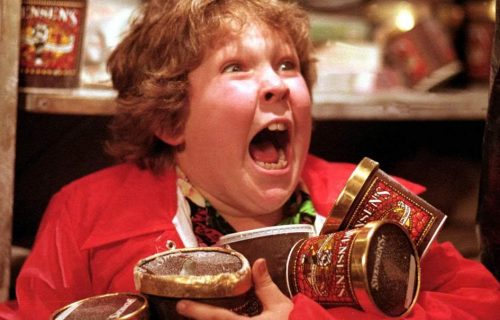 The 1985 movie The Goonies is about two brothers who find out they might lose their house and they are desperate to find a way to keep their home. They find a treasure map and bring some friends along to find it. They are all out looking for the “X” and trying to get away from a group of bad guys who also want the treasure. OK so maybe when it came out – I was 11 – it would have been right up my alley. Now as an adult without kids – meh! It was fun to see these famous actors about my own age as kids. A The Goonies 2 is in discussions right now. The film is mostly made up of junk food:pizzas, Pepsi, chips, chocolate bars, candy and whip cream! 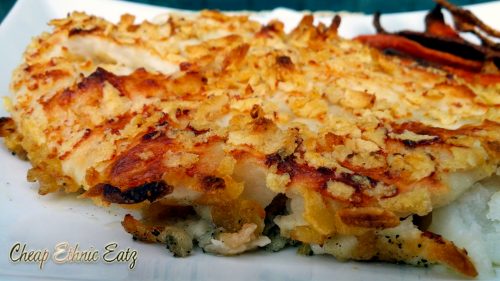 Back to the Creative Cooking Crew, Fish and chips is a working class dish of English origin, consisting of battered fish and deep-fried potatoes called chips. Chips in England are basically Fries in America. Chips in America are Crisps in England. Confused yet? I wanted an American chip and that is where I found my connection with the movie The Goonies. One of the foods eaten are chips. If I could make a light batter with chips I was in business!

For the fish I was inspired by Momma Told Me‘s blog about fried onion rings with a chip batter. For the Veggie Chips you could use just about any vegetable you would like, I had some carrots and jicama on hand. The baked haddock was much lighter than the original fried version and it tasted sinful still with the crushed chips. The veggie chips were fun too and spicy with my chosen seasoning. 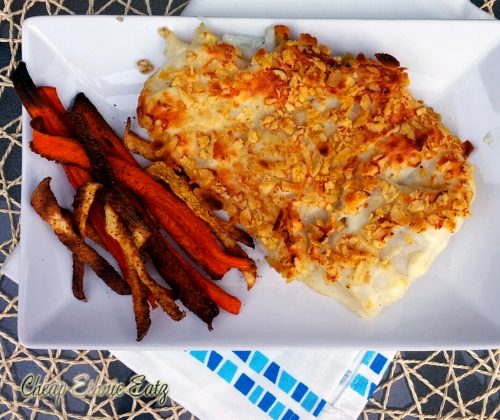 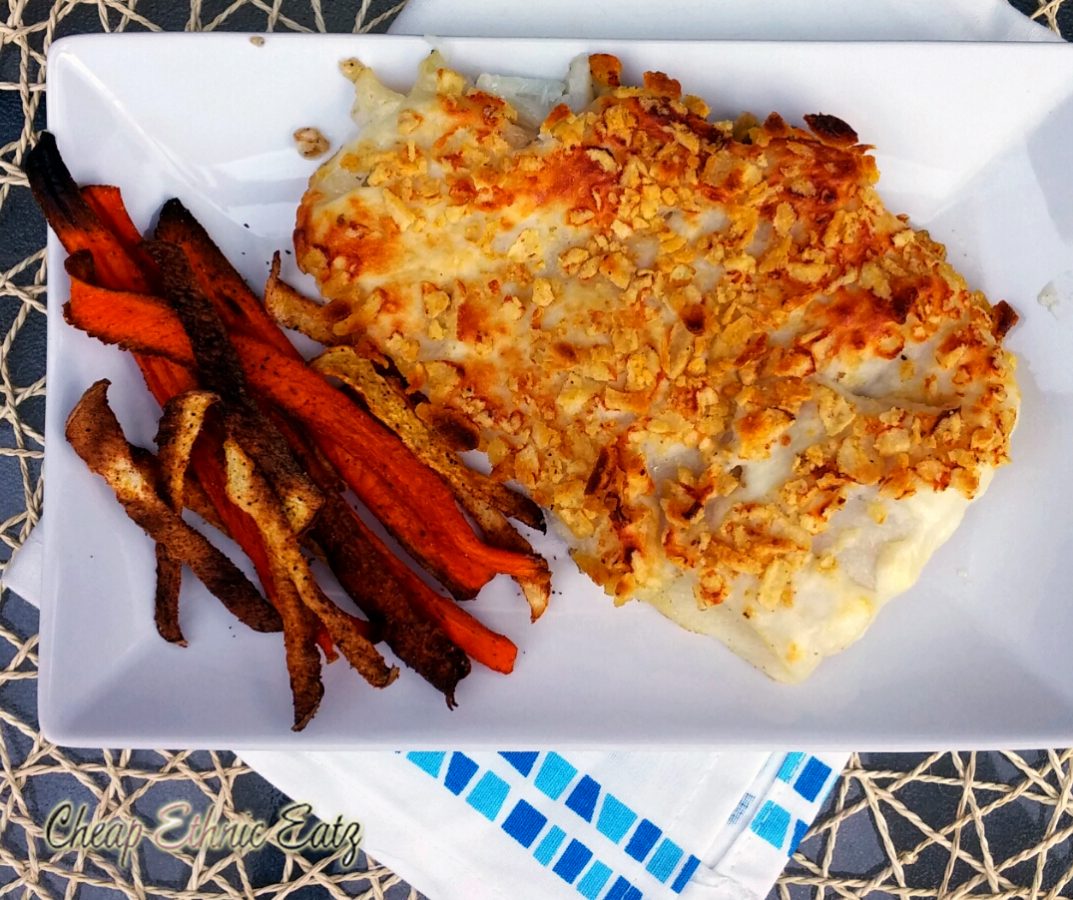