After the Fruit Dropping Party I had a large amount of cut up citrus fruit leftovers. What to do? That will come in a future post but from this recipe I had still an unused portion, about 1 cup, of boiled down citrus flavored sugar syrup made with oranges, grapefruit, lemon, lime, strawberries, sugar, red wine, anise star, ginger, lemon fizz water.

What a great frozen concoction I could make with that! I had a small concern thought as I have only made ice creams up to now but never a cream-less frozen dessert. Would it get rock solid in the freezing process, what cream and eggs do prevent in ice cream? Not if you know a few tricks:

– Sorbets and sherbets often use a bit of lemon or lime juice. In this case they are the base of the syrup. An acidic juice will convert table sugar to simple sugar preventing crystallization (solid ice).

– BOOZE! Adding a touch of alcohol to your frozen dessert will help keep it a bit soft. Why? Because alcohol only freezes around -114 °C (-173.2 °F). When a bit of alcohol is mixed in well its particles will remain liquid and keep the whole mass from sticking together.

I had an unopened bottle of Mezcal that was given to me by a friend who went to Mexico. Mezcal has an intense smoky flavor, an acquired taste. However I thought the smokiness of this drink would be subdued by the citrus intensity and this frozen treat could pass for an exotic Margarita knock-off! Oh was I ever right. I adore this flavor! It’s a new favorite.

When I was coming up for my title I did not know if it was a sherbet or a sorbet, so off googling I went. Turns out it is definitely a sherbet. A sorbet will have zero milk product in the recipe and it is basically flavored iced water. Had I omitted the milk it would have been a sorbet. Sorbet can also go by the name of Granita in Italy or Agraz in Northern Africa. 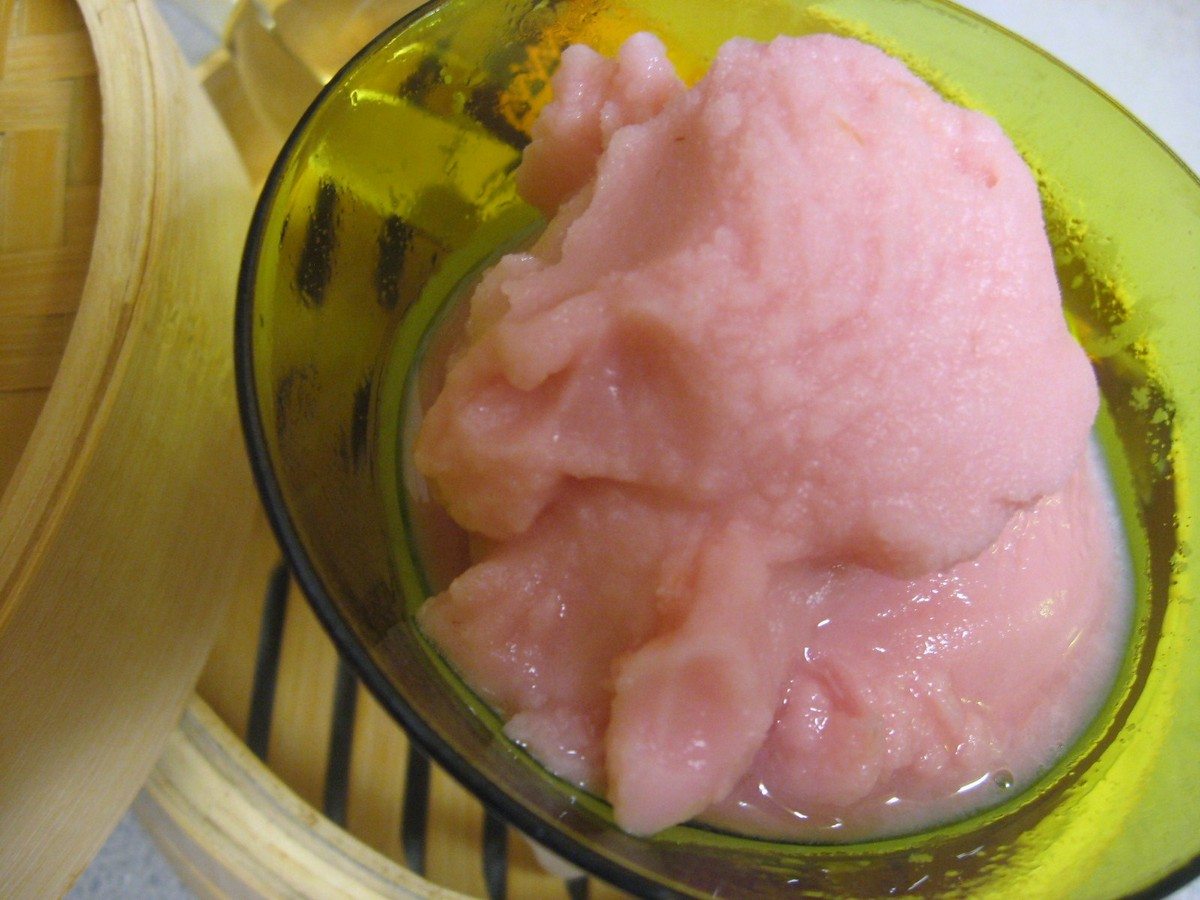 But I decided to add a cup of milk so this recipe automatically falls into the sherbet category. Apparently by U.S. federal regulation, sherbets must contain a minimum of 1 percent and a maximum of 2 percent butterfat. The word sherbet derives from the Persian sharbat, an iced fruit drink. Sharbat is popular in the Middle East and in South Asia. At its base sharbat is also iced water flavored with syrup made from fruits and/or extracts of flowers and herbs.

India seems to be the first to dilute the syrup in milk, or evaporated milk. Thai Basil seeds can be added (pre-soaked in water and added) after for effect. I guess someone than decided to freeze the mixture and we have today’s Sherbet.