Not only do I love Horchata I love saying the word ‘horchata’. Go ahead, say it in 3 parts with conviction, emphasizing the middle one: Hor-Cha-Ta!

Horchata is a refreshing beverage which can be made out of nuts, rices and grains. This is THE refreshing cold drink you want to enjoy on a 40C (110F) day like we have been having lately. This drink originates from Valencia in Spain. The beverage was found in a text dating back to the 13th century. France, Italy also came up with their own versions. With the colonization of the Americas the recipe traveled across the Atlantic Ocean and found a new home in the various formed countries…every one of them having tweaked the recipe to their preference.

The recipe I will show you today is Mexican through and through. In Mexico horchata is made of rice, sometimes with vanilla and always with cinnamon. I gave my version a special twist by using brown rice. I have so much rice left from my event entry of Arancini hosted by the USA Rice Federation. I have no idea if it actually make the drink healthier but it tasted great! A big change I made to the original recipe was the quantity of rice. Originally it said 1 to 3/4 cup of sugar which I thought was outrageous. I cut it to 1/4 cup and it was plenty sweet for my taste. Better to not put enough and adjust to your taste than to put too much.

I just loved the taste of the Horchata I made. So milky and ‘ricy’ at the same time with just a touch of cinnamon and sweetness. Think of the rice milk you can buy in stores. Why not make your own? And why not try other grains and nuts, like almond milk which is commonly sold too. Try it, you will love it guaranteed!

1. In a blender or coffee grinder, grind the rice so it is in fine pieces, roughly the consistency of very coarse polenta.

2. Transfer the rice to a bowl then pour warm water over it. Cover and refrigerate at least eight hours, but preferably overnight.

3. Puree the rice and water until it’s as smooth as possible. Strain the mixture through a sieve lined with a layer of cheesecloth, squeezing it relatively firmly to extract as much of the rice flavor as possible. 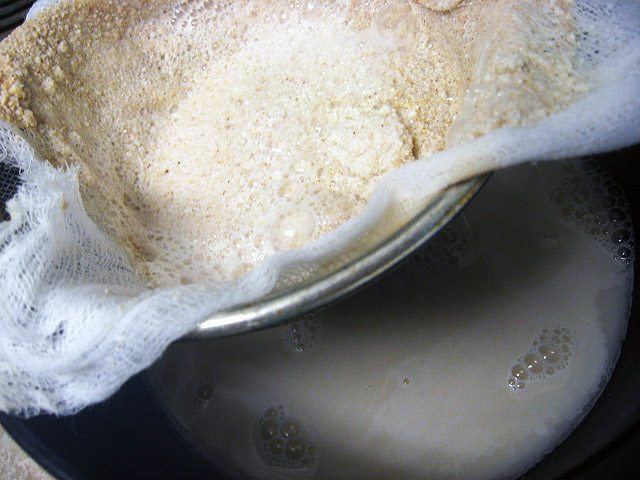 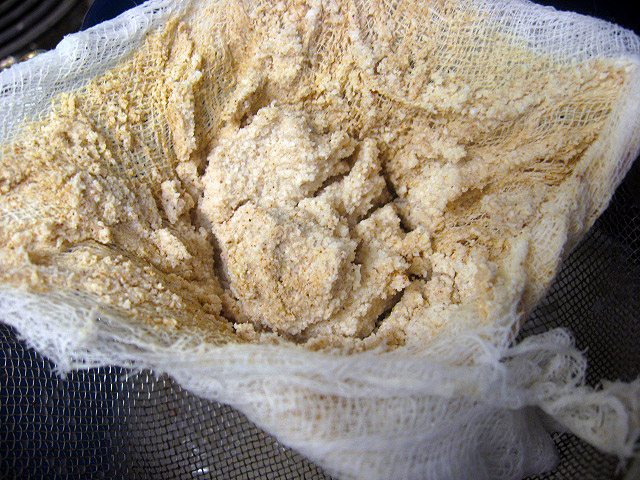 4. Return liquid to blender. Add in the cinnamon, sugar, vanilla and milk, blending until the sugar is dissolved. Taste, and adjust sweetness, if necessary. Refrigerate until completely chilled.

Serve over ice with a sprinkling of ground cinnamon on top. The horchata can be stored in the refrigerator for up to four days. Makes about 6 cups (1.5l).