You are so going to learn something today my readers! I was going through my recent new followers on my twitter account and adding some new people. One was a foodie blog somewhere in Asia. The post advertised was something like healthy medicinal black chicken soup. Since I have a cold right I thought I would check it out.

I was looking at the pics of ingredients and that is when I realized she the author said black chicken…she meant freaking black chicken. I was like ‘what?”. I never even heard of such a thing. The picture of the raw chicken was BLACK. Next stop….search black chicken on Wikipedia…

And yep turns out its a real thing. Its an actual breed of chicken called Silkie, because its fluffy plumage is said to feel like silk. Other unique features are dark blue flesh and bones, blue earlobes, and five toes on each foot (most chickens only have four). The plumage comes in a variety of color: Black, Blue, Buff, Gray, Partridge, Splash, White,Â  Cuckoo, Red, and Lavender. There are also bearded and non bearded Silkies. They draw there roots for the Asian continent, particularly China. its first know mentioned to the Western world was in Marco Polo’s travelogues dating back to the 13th century. 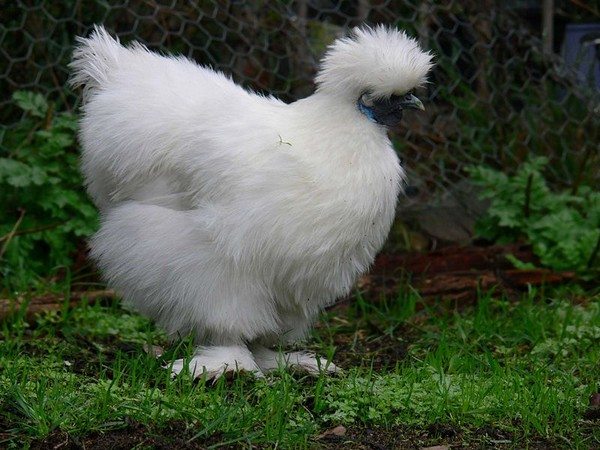 In cuisine apparently it is not a meat that is very much enjoyed by the Western Hemisphere but in Asia it can be considered a gourmet food. Recipes including black chicken are commonly found in Chinese, Japanese, Cambodian and Korean dishes. AND Silkie chicken soup is upheld as a curative food in traditional Chinese medicine. You just have to get passed the fact that it is black when eating I guess. Here is a (untried by me) recipe found here.Â  I hope you have a Chinatown where you live because finding some of these ingredients may prove to be a challenge. Its the least complicated one I could find.

Anybody know where one can by black chicken in Montreal? 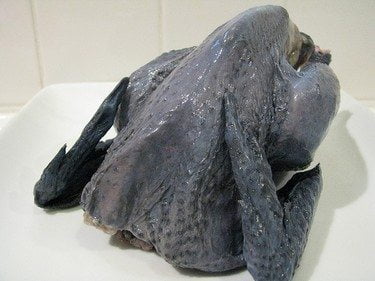