I have again a new monthly challenge group to introduce. This one is called MENA, or Middle Eastern & North African Cooking Group, which could not fall any closer to my blog’s topic interests. The goal is to learn more about the selected country, its food traditions and how to prepare the selected recipe. The host will choose a savory and a sweet dish from the country, you pick which one to make. For my first time participating we were assigned Bahrain and I chose to go with the Bahraini Chicken Machboos. Definitely a first for me. 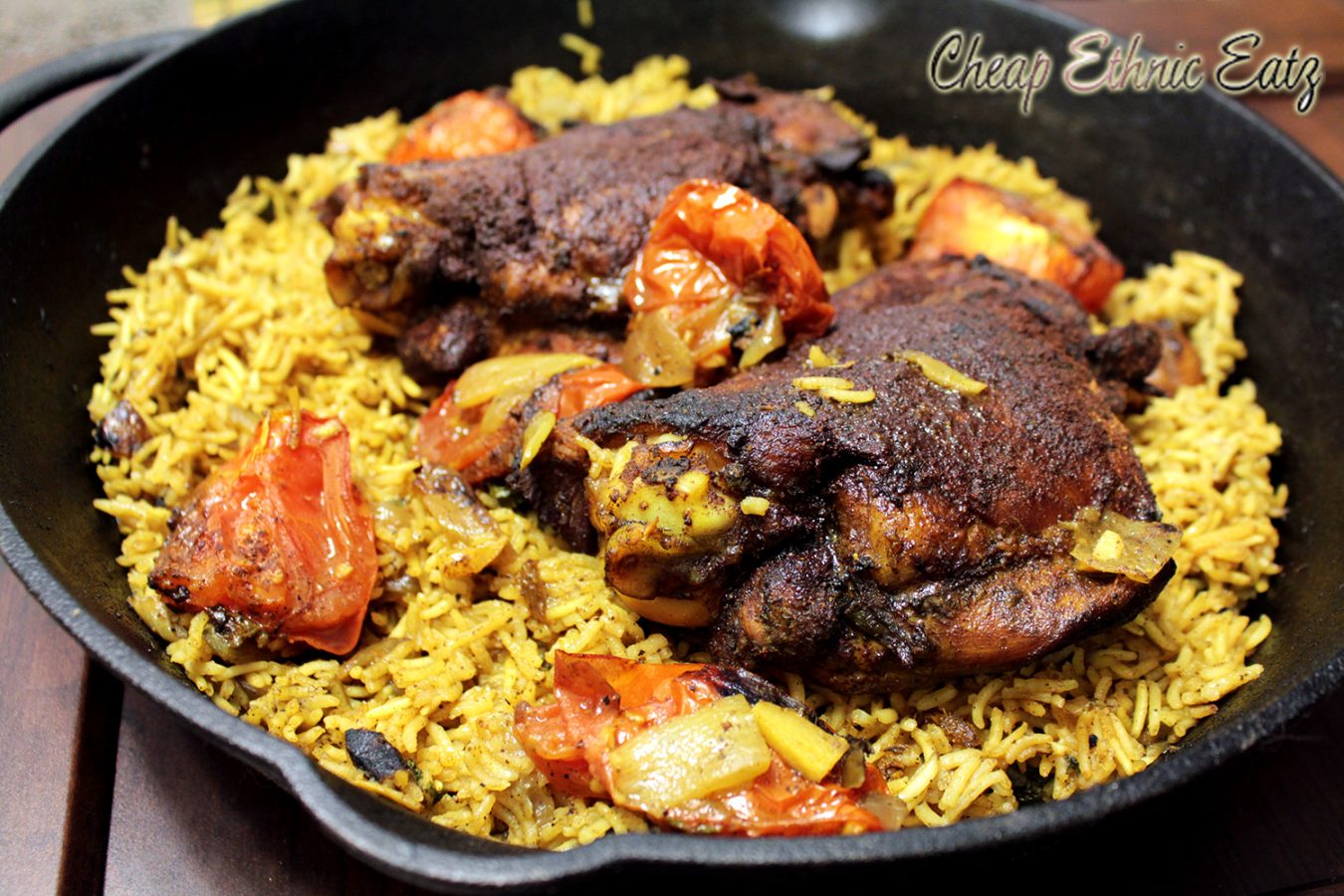 The Kingdom of Bahrain is a Middle Eastern archipelago in the Persian Gulf, tucked into a pocket of the sea flanked by Saudi Arabia and Qatar. It’s an oasis of social liberalism – or at least Western-friendly moderation – among the Muslim countries of the region. Its more relaxed culture has also made it a social and shopping mecca (so to speak), which has helped it develop a fairly cosmopolitan middle class.  The country has few oil reserves, but it has established itself as a hub for refining as well as international banking. Bahrain has an impressive dining scene, with numerous restaurants to choose from. And guess what? It is legal for Muslims (and visitors) to consume alcoholic beverages in this country (wiki travel). 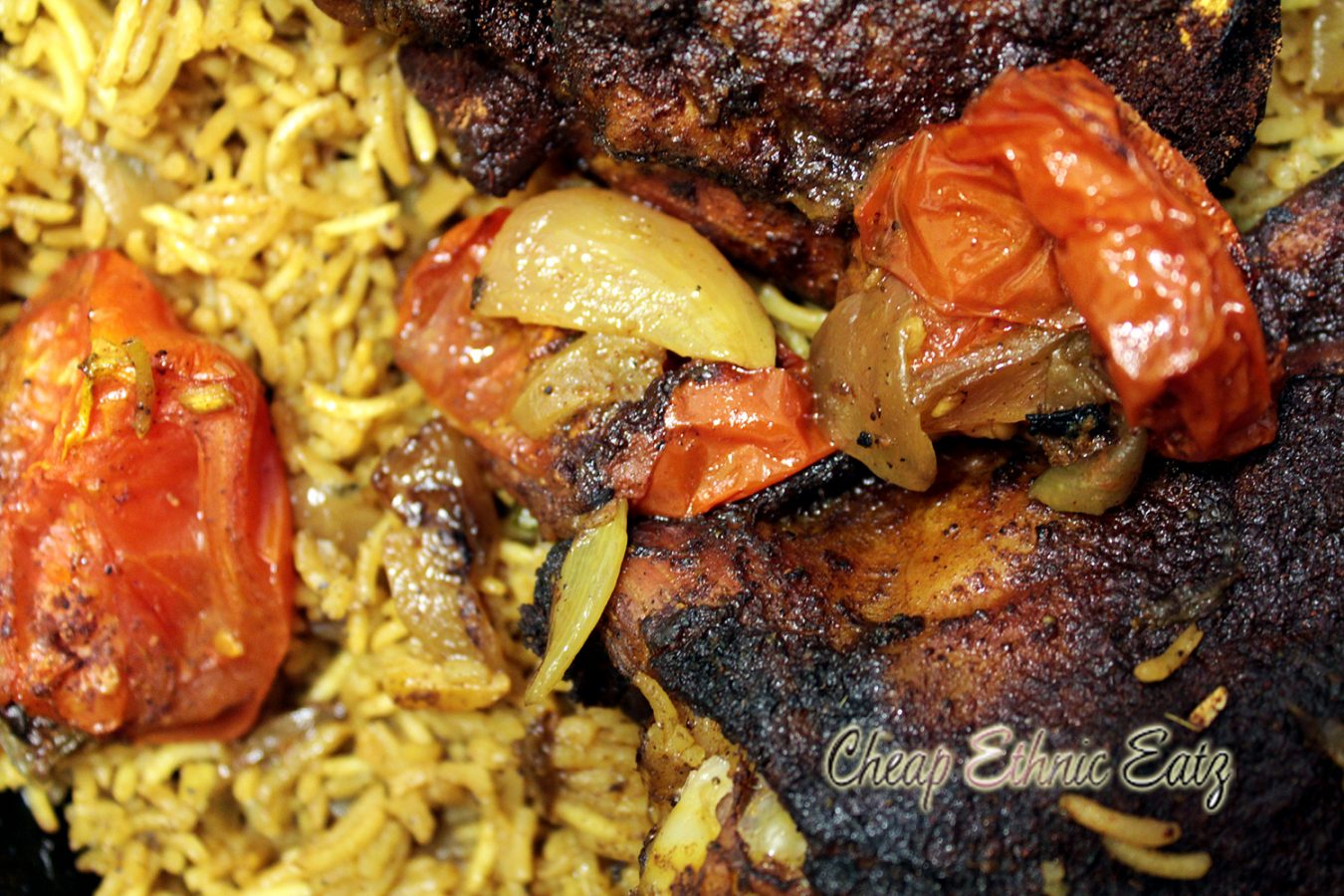 For this challenge we were given the option between a chicken dish called Machboos (the one I chose), or a dessert called Halwa. These dishes are mainly made from a mixture of spices, rice, meat and vegetables. The spices used are largely responsible for its taste; these are generally black pepper, cloves, cardamom, cinnamon and black lime. 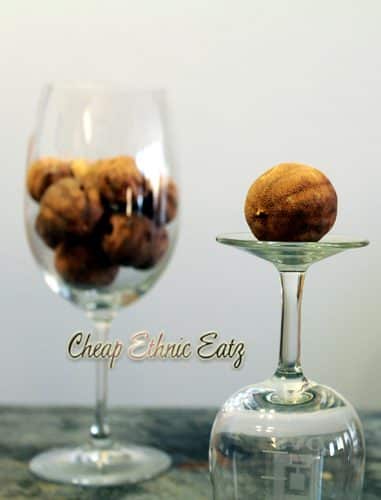 The most unusual ingredient here for most will be the black lime but I have actually seen and tried it before many times thought the delicious cooking of a Persian friend. Black lime is a spice used in Middle Eastern dishes. It is made by boiling fresh limes in salt water and sun drying until the insides turn black. The outside color varies from tan to black. Black limes are strongly flavored. They taste sour and citrusy like a lime but they also taste earthy and somewhat smoky and lack the sweetness of fresh limes. Because they are preserved they also have a slightly bitter.

Our host this month for the country Bahrain is Joanne from Whats on the List. The MENA cooking group is run by Noor from Ya Salam Cooking.

And here is the recipe to make your own Baharat spice mix. These are mostly staples (well for me) so no need to go hunting for the pre-made mix) 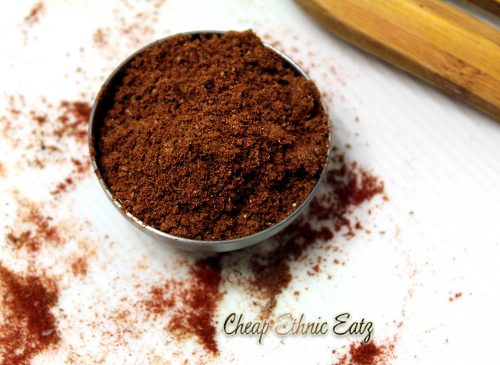 Set paprika and nutmeg aside. Place remaining ingredients in a small frying pan and dry roast over medium-high heat, tossing regularly, for 3-4 minutes or until very fragrant. Let cool and grinder fine. Add the paprika and nutmeg.