What is the Weirdest Thing You Ever Ate? the Best Answers

As food lovers, we’ve all probably eaten some pretty strange things in our lives. But what is the weirdest thing you ever ate?

Maybe it’s a dish that’s native to your area or something you tried while traveling. No matter what it is, we want to hear about it! Share your story with us in the comments section below. We can’t wait to hear all about the weirdest thing you ever ate and the wacky foods out there.

I think of myself as an adventurous eater and I have certainly had my fair share of unusual foods. Well, I did until I asked my Instagram followers: what is the weirdest thing you ever ate? I have some catching up to do! 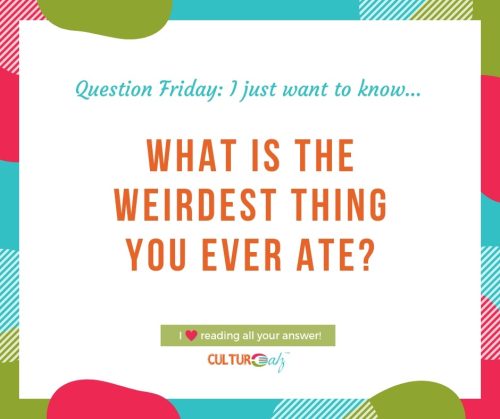 BTW, don’t miss my latest Question Friday by following me on Instagram!

OMG, I was blown away by the answers to the “weirdest thing you ever ate” and the sheer number of replies! I just had to share them with you! I removed the names to keep the answers anonymous.

One of my faves was: ” Too many. But I can honestly say. The best way to get to know any culture is through food. The weird, the funky, I appreciate them all.” That is basically the description of my blog. and my effort to cook from every country on planet earth.

Before we go down the full list, here is “the weirdest thing you ever ate” replies that came up more than once… 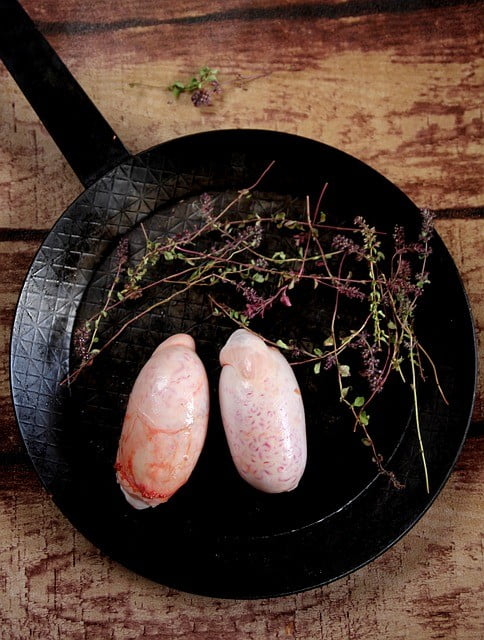 Can you guess what the one above is?

What is the Weirdest Thing You Ever Ate, the full reply list

– STEAK AMERICAIN 1975 in Menton, France, it was a Tatar, I have never eaten raw meat

– Grasshoppers and ants, but you can top that! 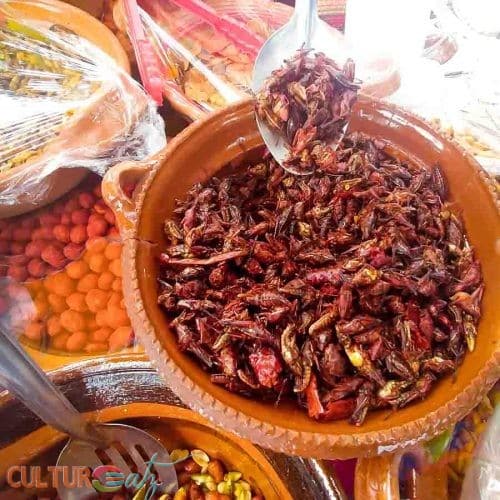 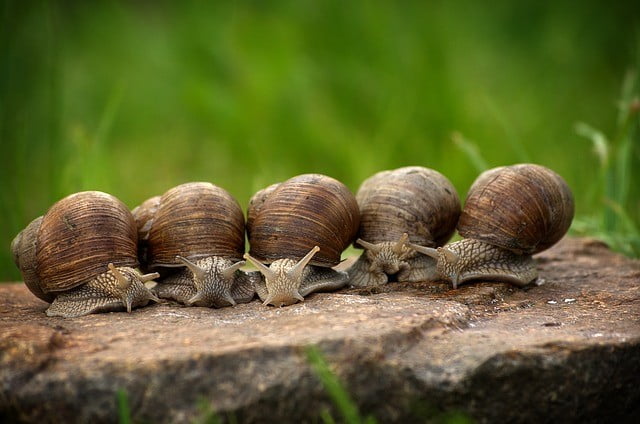 – Mustard Sardines with my grandpa…and none since he had to go… I probably won’t be able to stomach them now, 43 yrs later…

– Snails. But it’s not weird in my country.

– Cow Brains. I love it as a child but had it again as an adult and was oh my this is disgusting

– A tin of wet cat food for a game once, tasted like there were rocks and hair in it but I had little kids cheering me on and couldn’t let them down lol never again

– Bear meat at St. Petersburg in Russia. Loved it

– Blood sausage aka Black Pudding (boiled pigs blood)
***Evelyne note: I have made blood sausage from scratch once, fun blood bath pics! prior to rebranding. 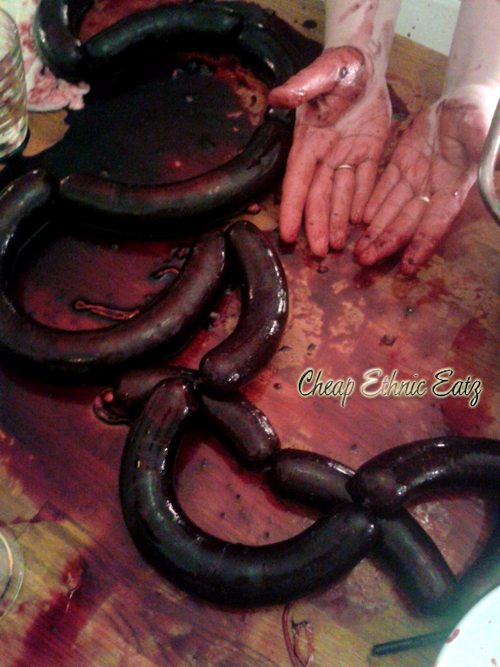 – I think chicken feet and menudo are probably the top disgusting foods I tried as a kid.

– The biggest snails I’ve ever seen in my life. They were on a seafood platter in Bordeaux, France. I felt like I was seriously on Fear Factor or something.. haha!

– For me, it is not weird, but for other people, I think it is crazy – lamb head

– Yak in Nepal and camel in Saudi Arabia

– Not weird to many, but eel – was in a risotto kind of thing…I don’t like it. Moose meat and sea cucumber were weird, too, for me…I hang around strange ppl.

– The weirdest was a scorpion and sea cucumber. 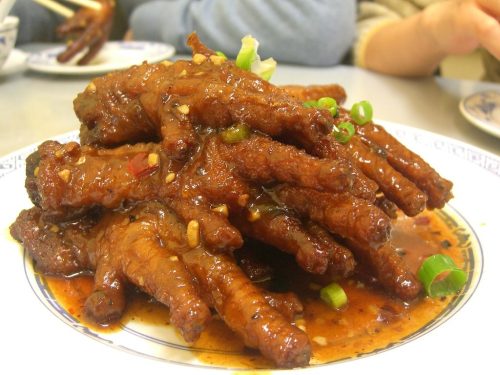 – It was some beetroot pickle from Costco..really bad 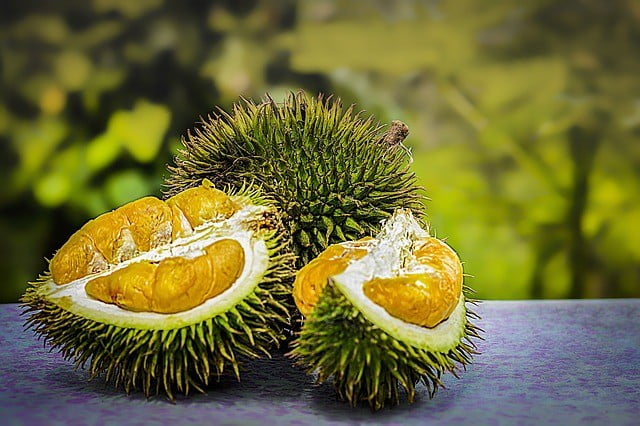 We are not done

– Wow – some of the stuff posted I’ve had (like someone else) blood sausage, head cheese (mixed up animal parts), pickled pork tongue, beef tongue, pigs feet – great childhood lol … it was all delicious but wouldn’t want to eat it now.

– Pork blood chocolate pie. had it at a pre-wedding event at Christmas time in southern Italy. It tasted like sugar-coated chocolate iron.

– When I was 5 years old, I ate a live grasshopper. It was part of an initiation ceremony. The club to which I wanted to belong turned out to be a disappointment 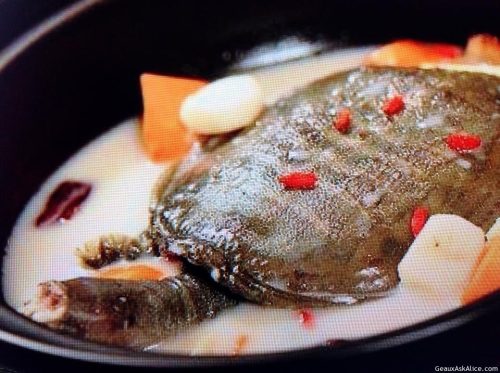 – Spam mixed with Pepto Bismol at a Gallagher show…just a mouth full didn’t swallow a lot of it!

– Ok…..when I was pregnant I would dunk my sausages in root beer and eat them with my pancakes

– Definitely not the weirdest, but people always freak out when I say I love peanut butter and ranch sandwiches. Don’t knock it till you try it I don’t eat a ton of meat, so I haven’t tried most of the interesting things people are talking about. 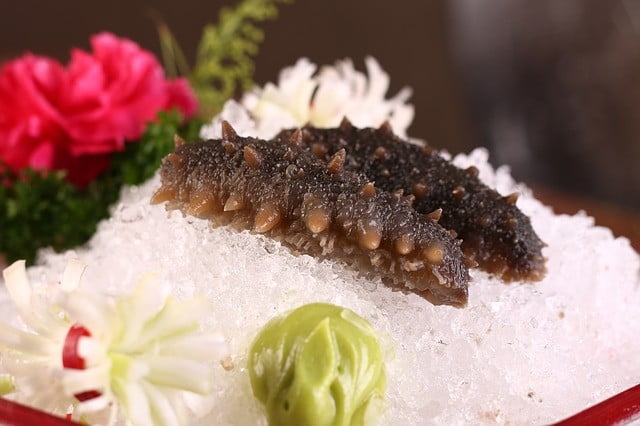 – Not the weirdest but the first that came to mind – was squid sashimi, didn’t like the mouthfeel and texture.

– Hmm… Maybe balut? But it was tasty!

– The thing that stands out was the drink. When I was young, I was anemic and they had me drinking blood. Don’t know the kind of blood, but I hated it 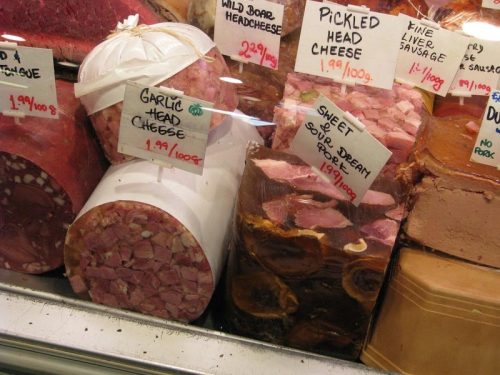 – As for the weirdest, it’s a toss-up between camel in Africa and Rocky Mountain oysters in Mexico!

– Impala, oryx, and alligator all in Africa during different tours

– Misrothe, Indonesian traditional food, looks like salty fritters and when you eat this the flavor is so sweet! Taste it and you will love it

– fugu and alligators in their home regions it‘s not a big deal, but to me eating alligator meat was really strange.

– Pancake with ants in China 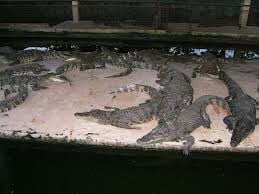 – Deer testicles on a buttermilk biscuit.

– When I was a kid, I ate a bit of my own ear wax, I still remember how absolutely vile it was LOL

– I’m so gonna get bashed for this one. Whale, in Iceland. Oh, and penguin. Iceland too.

– Snake in China. Tasted like chicken and had a fish-like texture. Also in China: so-called 1000-year-old eggs. They are almost black but tasted surprisingly good like salty boiled eggs

– Spotted dick- don’t even bother going down that road.

– Nothing food-wise but drink-wise would probably be Cobra whiskey

– Black pudding. But I never realized it was even remotely weird until I explained it to my boyfriend who had never had it. Then it seemed super odd. Also Oysters – those are weird.

And now it is your turn reader: What is the Weirdest Thing You Ever Ate? 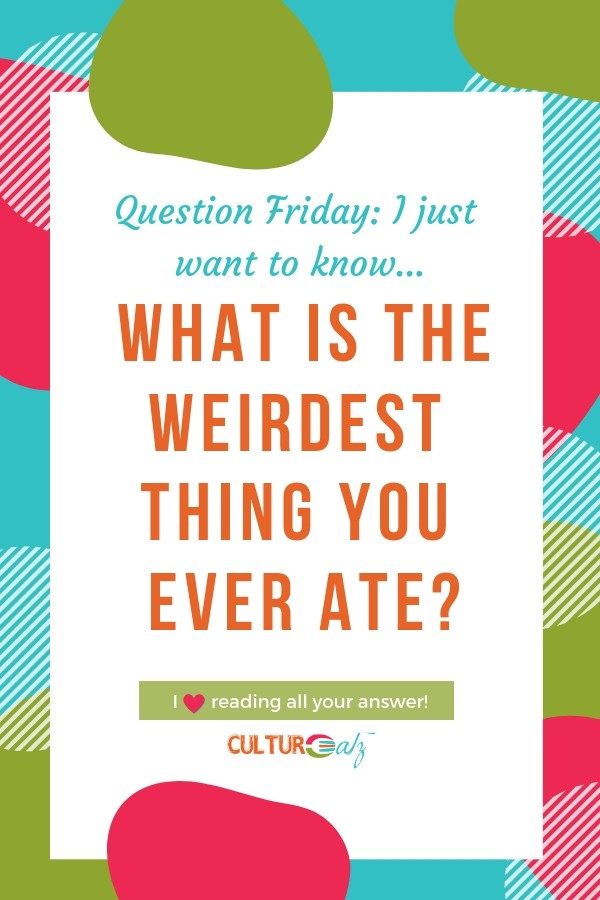