The Last CEE Dinner on Meetup

Do you know how this blog got started? No it was not a need to share my baking skills with the world but a dinner group. On March 11th, 2007 I started a group on Meetup.com called Cheap Ethnic Eatz. Meetup allows people to start a group on what ever you want and then fellow meetup members can join and go to events the organizer sets up. My first organized event was 6 days later on March 17th, 2007. We were 3 people only. It was fun but I thought for sure this was going to be a short lived group with such attendance.

After 6 months I decided to start this blog to write reviews of the restaurants we attended as a group and over time it has grown into so much more. Well a year passed and the group grew, a lot. By the time we celebrated the 2nd anniversary there were about 250 members we had a huge party where 85 people from the group showed up. I was beyond astounded and overwhelmed by emotions that night.

Three years passed and we had another big party, although not quite as big. The 3rd anniversary was also our 75th event. For 3 years my volunteer assistants (Sharon, Olivier, Agustin, Johanne, Toni) and I have planned at least 2 event per month at a reasonably priced ethnic food restaurant. Montreal has no shortage of those. I could not have done it without the help of my fabulous assistants. Thank you.

Now after 3 years and a half and 88 events I have decided to hang up my organizer hat and close the group on meetup. I have met amazing people along the way, some cookie ones too, and I have made amazing friends too. Why am I closing. Life moves on and I just felt it was time to stop. I  love it but I need t move on. It was a really hard decision to make. I had the farewell dinner this Oct 12th 2010 at the Salon Mogador with 27 members. 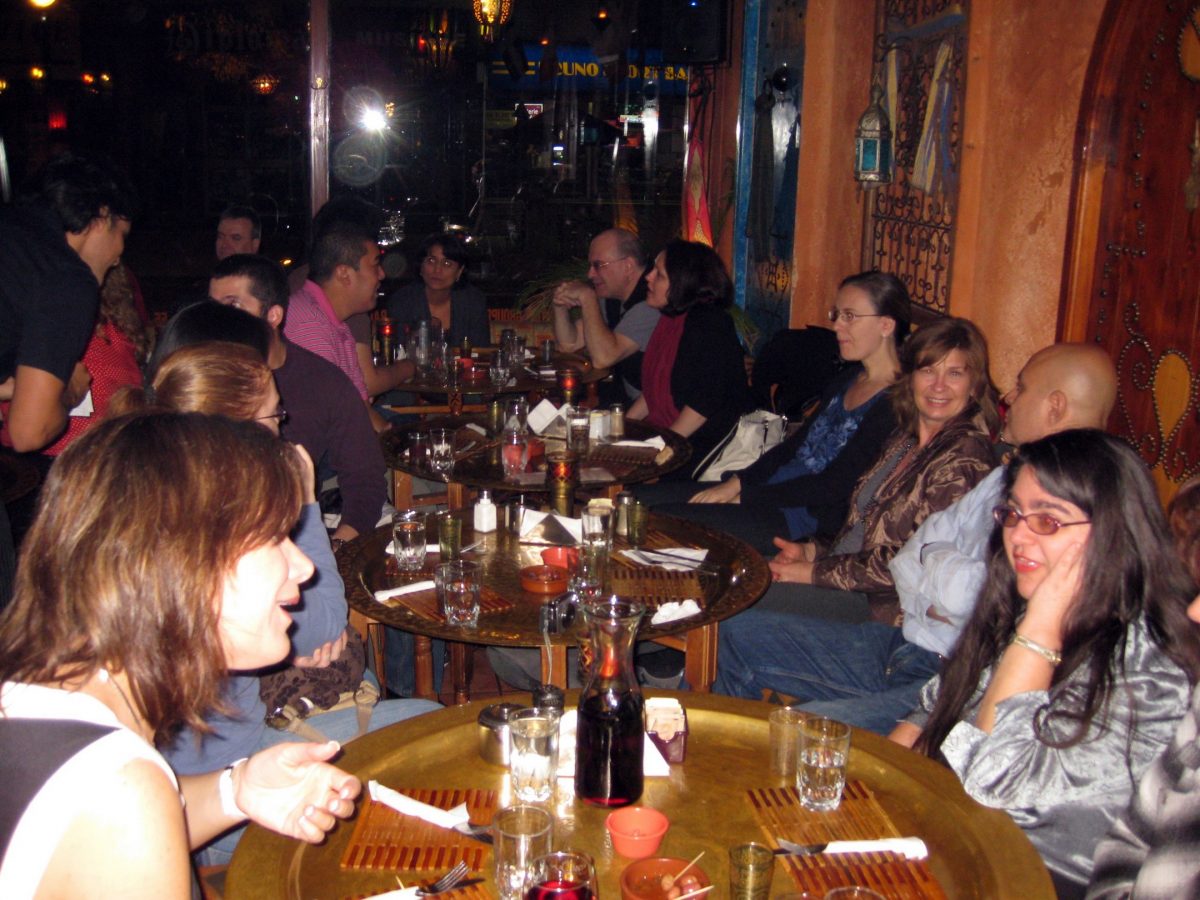 I chose this Moroccan restaurant which we had been to in Jan 2008. It had been a huge success and I thought the couches and low tables made it ideal for eating, schmoozing and relaxing for the last dinner. We 4 different salads, a veggie couscous, a veal couscous and a chicken tajine with lemon and olives, baklava for dessert. Mint tea flowed all night. Thank you to Dourid of Salon Mogador for organizing the event for us. 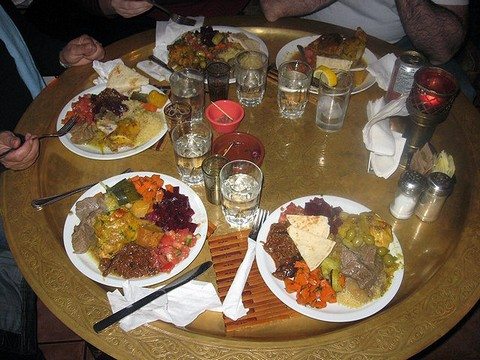 My amazing friend Aurora..who now is the only reining Queen Organizer on Meetup in Montreal… had everyone pitch in for a special surprise for me. They got me one of those huge cards that everyone signed and a bouquet of Felix & Norton cookies. Have you ever had there cookies. I actually though they no longer existed but apparently the do and they have the best cookies. It was an emotional moment. 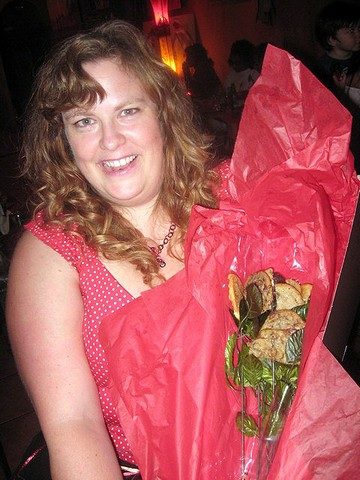 Pics by me and Bernard Reischl

Now don’t you worry this blog is going nowhere. This blog is my passion. As far a s dinners I am not done organizing some. I am assistant organizer now on another group which will allow me to organize meals once in a while. But first a rest. And I am toying with the idea of setting up a private, more exclusive, dinner group right here on my website. So keep your eyes peeled for possible future announcements.

But for now it is a Goodbye to the dinner group that started this entire whirlwind foodie adventure. Thank you so much to all the past members that ever joined and participated in a dinner. You have all taught me so much, touched and changed my life forever. Thank you! XOXOX