I have always idolized exotic and historic Malta as a perfect Paradise destination. So it was a real treat to prepare one of it’s most popular snack foods, Pastizzi.

It’s time for the MENA (Middle Eastern & North African) Cooking Group. This monthly group has for goal to help us discover the culture and cuisine of the countries found in these parts of the world. The host of the month will choose a savory and a sweet dish from the country and the members pick one dish to make. Get your luggage ready as we are exploring Malta this month. 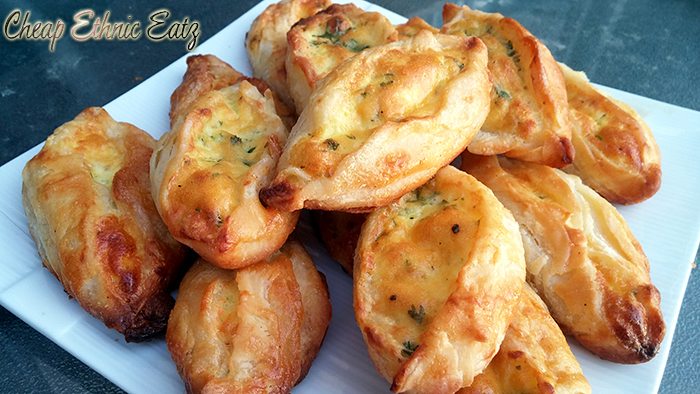 Malta is a small, island country in the Mediterranean Sea that lies south of the island of Sicily, Italy. Malta is an archipelago, but only the three largest islands of Malta, Gozo and Kemmuna are inhabited. It’s rocky, flat to dissected plains, with a coastline that has many coastal cliffs and numerous bays.

The country has some of the world’s most ancient standing buildings (the Neolithic temples), and its strategic location and good harbours in the middle of the Mediterranean have attracted Phoenicians, Greeks, Romans, Arabs, Normans, Crusaders, the French and finally the British. Visit the many cultural sites, museums, temples and explore the ongoing festivals. And then rest on the beach or go diving or snorkeling! 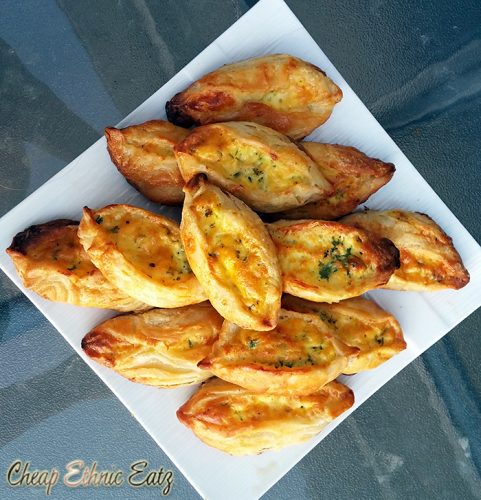 Maltese cuisine draws its influences from Sicilian and English influences as well as Spanish, French, Maghrebin and Provençal. It is quite modest, based mostly on fish and vegetable. The Maltese celebratory meal is fenkata, a feast of rabbit, marinated overnight in wine and bay leaves. The first course is usually spaghetti in rabbit sauce, followed by the rabbit meat stewed or fried. Maltese sausage – made of salted and spicy minced pork, coriander seeds, garlic and parsley – can be eaten raw, dried, or roasted. Wonderful sweets are abundant. 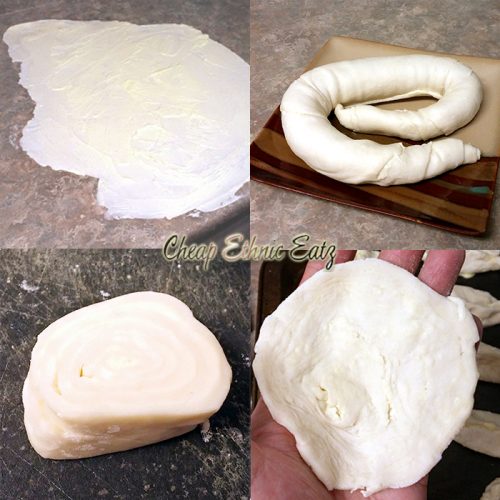 Today we are making savory pastries known as pastizzi, which are made with a filo or puff pastry and usually have a filling of either ricotta or curried peas.  My pastizzi recipe is adapted from Nunna’s Kitchen.

Our MENA Cooking Club host this month is Yasmin from Wandering Spice. 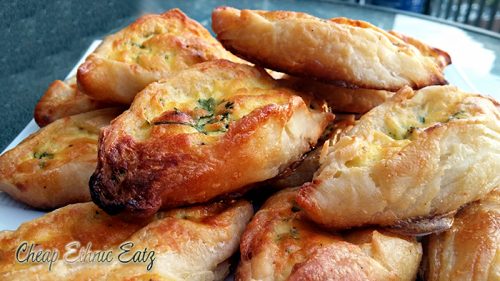 Although they turned out pretty good, I am sure they are nowhere near as good as a real pastizzi. I could have taken the easy way out and use prepared filo or puff pastry, but I gave it a shot to make my own.  But you see, such recipes are my Waterloo in the kitchen. I have tried twice in the past to make puff pastry, both time were failures. I have to say this new method was a bit more successful but the results were not light and flaky. So great snack to eat but I need to work on it.

Have you got a recipe which is consistently a challenge for you to make?