Well two of you guessed it. Congrats Sabrina and TastefoBeirut. I am surprised I thought more would have guessed it right. The mystery recipe is Liquid Nitrogen Ice Cream (no escargots though TastefoBeirut)! Yeah we got down and dirty with a bit of molecular gastronomy!

When we first planned this experiment I told a few of my friends. They all asked if the liquid nitrogen was in the ice cream. I said 100% certain Of course not. Well…I was wrong. The liquid nitrogen goes in the ice cream.  I guess its not toxic then lol. How does it work? Well liquid Nitrogen has a temperature of -196 C ( or -321 F). That is COLD! It freezes things a million times fast (might be exaggerating) then a freezer at home.

For this recipe we needed: 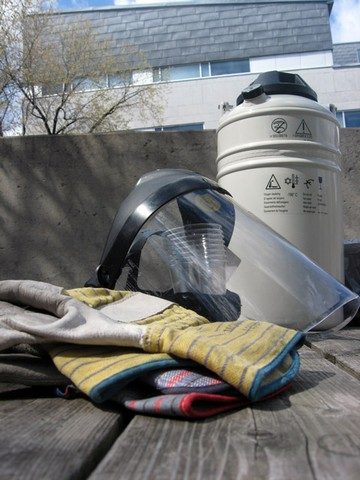 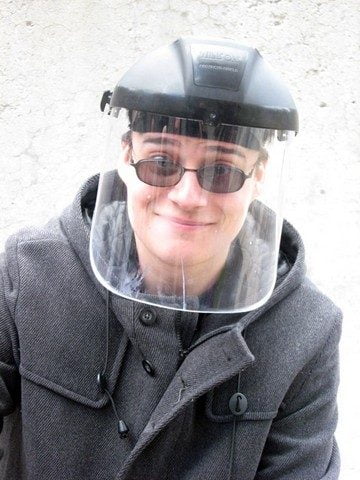 For the ice cream we needed:

Mix all your ice cream ingredients in the metal bowl. 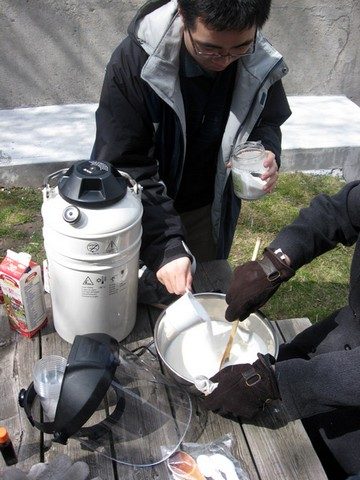 Then you put on the protective gloves and badass face plate and other protective glasses. Slowly poor the liquid nitrogen into the bowl and stir for your life! It took 2 min to get ice cream. It was so cool! See the video.

Safety precautions: you need protective gear because it can cause instant frostbite and cold burns on skin. Also you need a ventilated space. As it evaporates it will reduce the oxygen concentration in the air and might act as an asphyxiant. 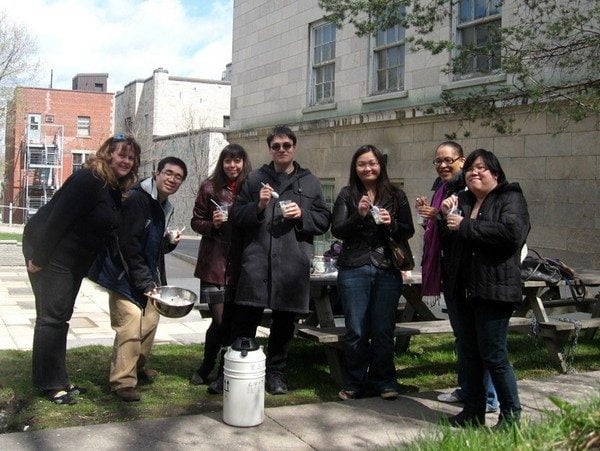 Here we are, the whole gang enjoying our ice cream! It was so much fun, really want to try other molecular cooking.