Restaurants in Montreal are fired up and ready to serve up fine cuisine at chopped down prices! The 4th annual LeCHOP table d’hôte event takes place January 4, 2016 to February 11, 2016 at five participating restaurants.

L’Atelier d’Argentine Downtown, L’Atelier d’Argentine Vieux-Port, Decca77, Newtown, and Wienstein & Gavino’s will host this celebration of fabulous food combined with a culinary competition of skill and taste. The event offers the perfect opportunity to enjoy a delicious prix fixe 3-course dinner for just $25.00 at all participating restaurants. 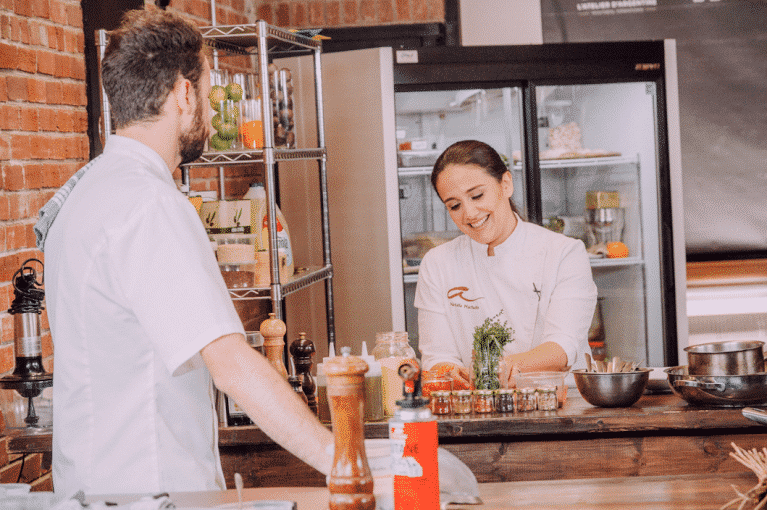 The highlight of this year’s event is a culinary competition, amongst four chefs from the five participating restaurants. The challenge will be featured in a 6-episode web series at www.lechopmtl.com and hosted by Olympic champion and television personality, Alexandre Despatie.

“I am thrilled to be hosting this year’s LeCHOP web series,” says Monsieur Despatie. “It is a riot filming with these crazy and talented chefs, all from my favourite restaurants where I can be found eating during the next six weeks.’’

The distinguished chefs will receive a secret ingredient each week and must use it to create a limited edition main dish. This limited edition dish will be offered in each restaurant during LeCHOP’s prix fixe 3-course promotion. Diners can then vote once per week for their favourite dish online and monitor real-time voting updates at www.lechopmtl.com . Each vote is a chance to win one of the 5 weekly prizes for a FREE LeCHOP meal for two! Winners will be announced every Sunday and prizes must be redeemed by February 11, 2016.

Chef Jean-Sébastien Giguère
Inspired by the aromas of his dad’s kitchen, Jean-Sébastien started his culinary journey at age 15. He joined the Toque! team in 2005 and became the kitchen chef in 2012. Now the executive chef at Decca77, Jean-Sébastien believes in simple, local and seasonal food. His specialty: Charlevoix lamb, Québec halibut, wild mushrooms and oysters flavoured with Île d’Orléans strawberries.

Chef Paulo Fraga
A fan of watching cooking shows on PBS since childhood, Paulo was intrigued by the work of famous chefs including Julia Child. A professional chef early in his life, he owned and operated two successful restaurants in Montreal and overseas. Paulo is known for his very loud, fast, hot, crazy, dangerous and organized kitchen space.

It will be a cold January, but six weeks of LeCHOP will warm up Montrealers with fabulous food fare!