I am in a bit of a blogging blah…or end of winter blues. So things are quiet…even if I have a backlog of posts to do. But today I have a little picture essay post from an event that goes back quite a bit actually…Stef and I were just friends still at that time. So anyways we planned a day of shopping and cooking at his place afterward. But he had a trick up his sleeve for me.

He said we were doing a spin-off dinner on Iron Chef America. He had purchased plenty of food ahead and each service had a main ingredient. So it was not a meal from a secret ingredient but each service was a non-secret challenge ingredient. No written recipes to be consulted. So I have no recipes to share….just pictures and the notes we took that night.

Chef Evelyne: Sea Route to the Land of Silk 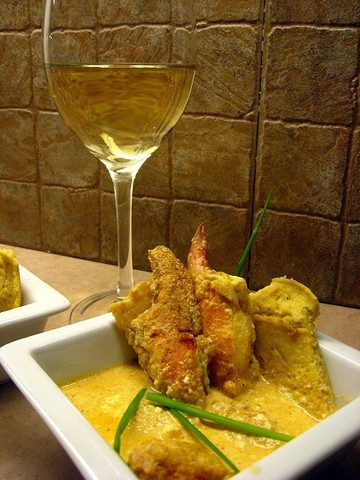 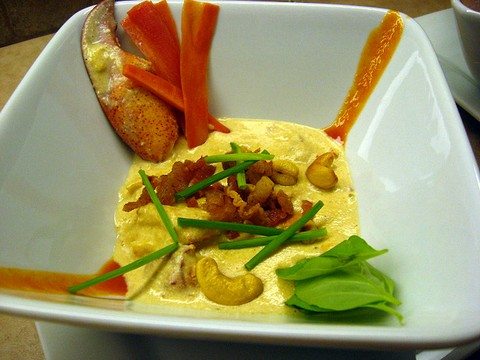 Pork tenderloin stuffed with garlic, lacquered with Dijon mustard and crusted with hazelnuts, served with a hickory smoke tower of rep pepper salsa. 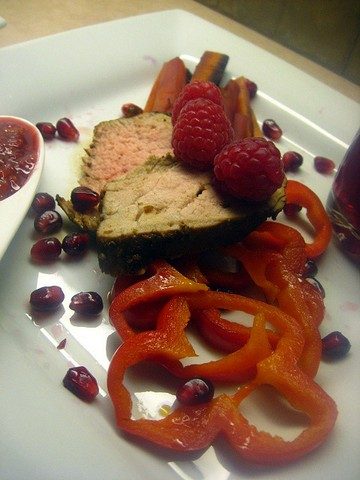 Yes there is only one version of the 3rd service. Honestly after each eating 2 soups and 2 dishes of pork tenderloin we hardly had room for the beef. This was a challenge but a really fun one. Do it with friends or your loved one, it really makes for a fun night and let’s everyone shine in their own way in the kitchen. Salud! 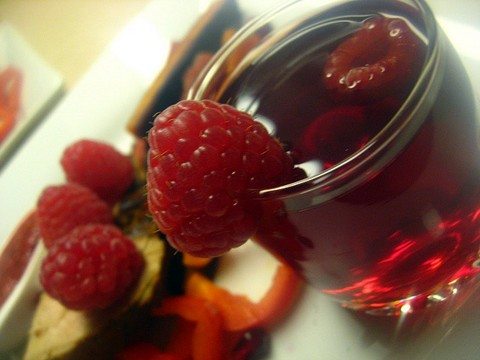