So this past Friday was our annual Holiday dinner and also the wrap up for the year 2008. For this year I chose Chez Magnan, our first time more tradional American, if not Quebecois fare. This restaurant has been around for now 76 years and is famous for their roast beef. 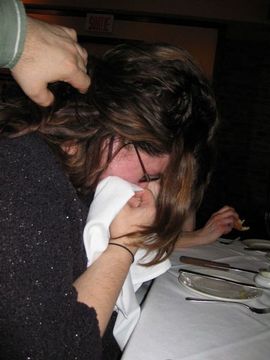 We were 30 to be seated in the large somewhat looking like a home’s dining room room. As usual we had a blast all together, its never a dull moment. The usual goal of “breaking Julia” was acheived at least 4 times. By breaking I mean make her laugh hysterically to her high musical tones. We also had quite a number of new faces with us.

The meal was pretty good. First off was a tomato soup, 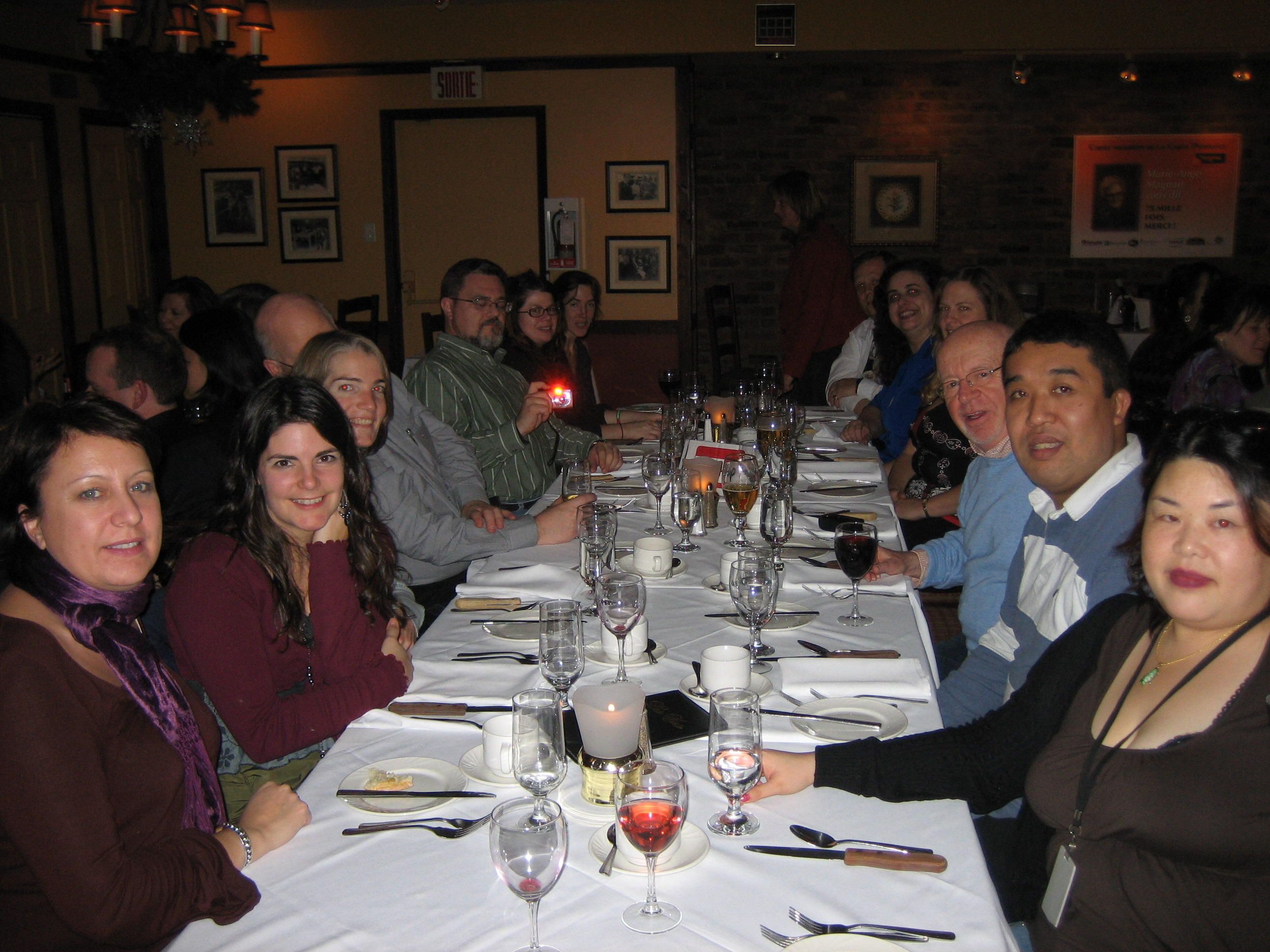 nicely seasoned with basil. Unfortunately it was quite lukewarm. Then we had our parmesan cheese melt square. Most everyone took the roast beef and I have to say it was dedlicious. The meat was quite tender, served medium-rare, with fresh veggies and a baked potato. I don’t know if anyone else had something different. My dinning neighbour introduced to me the concept of eating roast beef with horseradish. It was actually a perfect match, I loved it. Finally dessert was a simple rolled cake. One could choose from a chocolate flavour (which was unimpressive apparently) or a vanilla one with a great hazelnut icing. Again, very basic cuisine but good and hearty.

The only complaint, or warning perhaps, I would have to give is the service. It is not a fine dinning establishment and the service is a bit rough around the edges (like the neighbourhood it is situated in). I remembered this already from my last visit a few years back. I was also told by another table that the waitress was less then respectful by squarely moving physically a chair with the patron on it to clean the table at the end of the meal. Not too impressive.

What did thrill me about the evening was the generosity of the members who gave to the charity I had proposed, KIVA. I will be donating…well…lending as it is the idea behind this charity, in the name of Cheap Ethnic Eatz a total of $370. Thank you very much, this amount is ay more then I had expected to raise.