The Behind the Curtain Dessert Challenge is all about baking and making sweets. Every month we are given two required ingredients to work with. This month it was Apples and Cinnamon. This indeed very seasonal with the apple orchards in almost full swing. This month I present you with a really cool reverse concept of a classic dessert: Cheddar Pie Apple and Cinnamon. 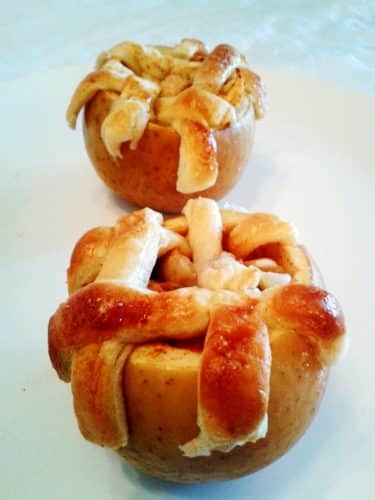 I was really at a loss at first because I wanted to try something original, not an easy task with a pretty basic ingredient duo. But then I came across this recipe where the apple was hollowed out, refilled with an apple pie filling and then baked with a simple lattice work crust on top. 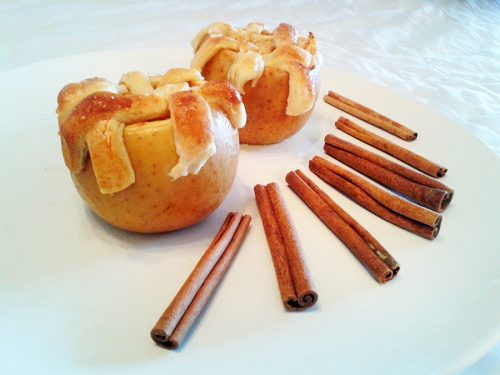 The lattice work is really simple too, all you need is to buy is pre-made crescent roll dough and cut 4 small slices off per apple. This recipe has a bit of cheese added to the filling as well. The result was a mix of sweet dessert with a touch of savory from the aged cheddar I used. Best to eat it once it has just cooled a bit but the cheese is still melted.

I only made 2 apples so I had plenty of leftover crescent dough as well as some pie filling. Just enough to make 3 apple turnovers!