Yemeni Honeycomb Bread – How to Make the Khaliat Nahal Recipe 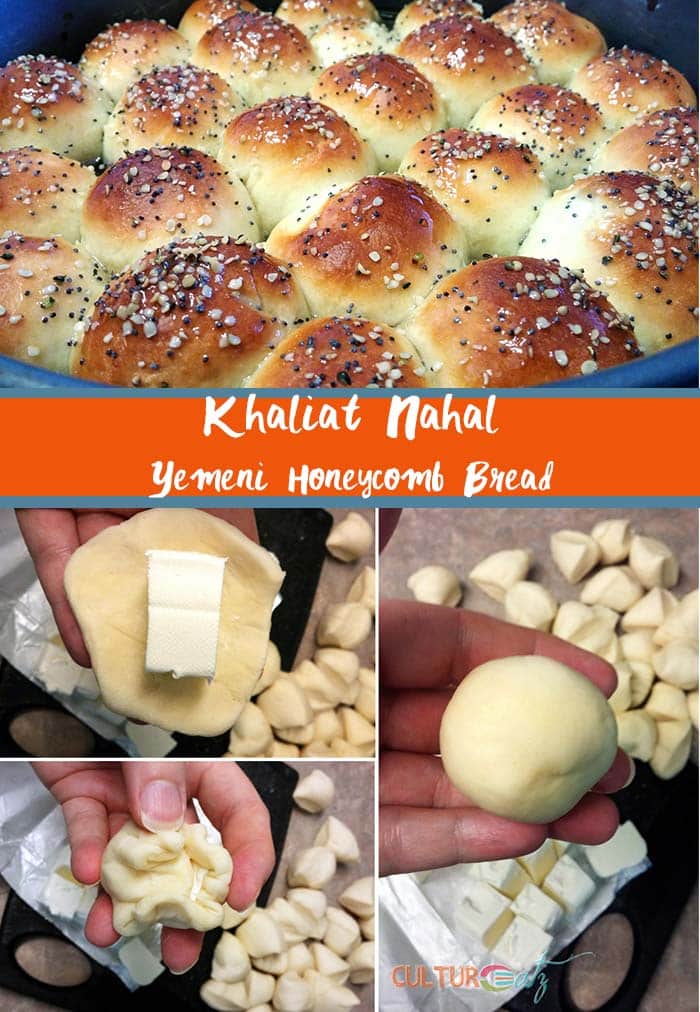 If all Yemeni food is like this Khaliat Nahal, I am in love. Just try and resist a bite of cheese filled honeycomb bread, dripping in an orange blossom perfumed syrup!

It’s time for the MENA Cooking Club. This monthly group has for goal to help us discover the culture and cuisine of the countries found in these parts of the world. Two savory recipes and a sweet dish are suggested from the country and the members pick one dish to make. This month we are off to Yemen with a super yummy Khaliat Nahal, a Yemeni bread prepared like a honeycomb bread or beehive buns. 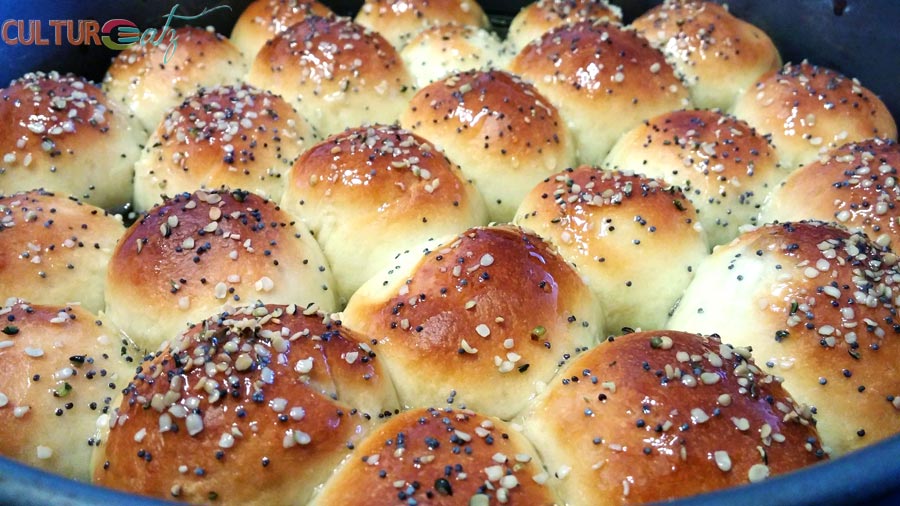 Yemen is on the southern tip of the Arabian Peninsula, and sharing borders with Saudi Arabia and Oman. Unfortunately beautiful Yemen is being ravaged by a horrific civil war right now, hardly a tourist destination at this time.

A real shame as it must be a fascinating country to explore, it is one of the oldest centers of civilization in the Near East and having a record of history dating back to the 12th century BC.

Early Yemen has been ruled by many kingdoms we have never heard of, later by Ethiopian and Persian rule, and the Ottoman Empire.

The landscape is varied, from the coasts to mountains, valleys, and highlands. Sana’a is the capital city. The people are said to be very friendly and welcoming. 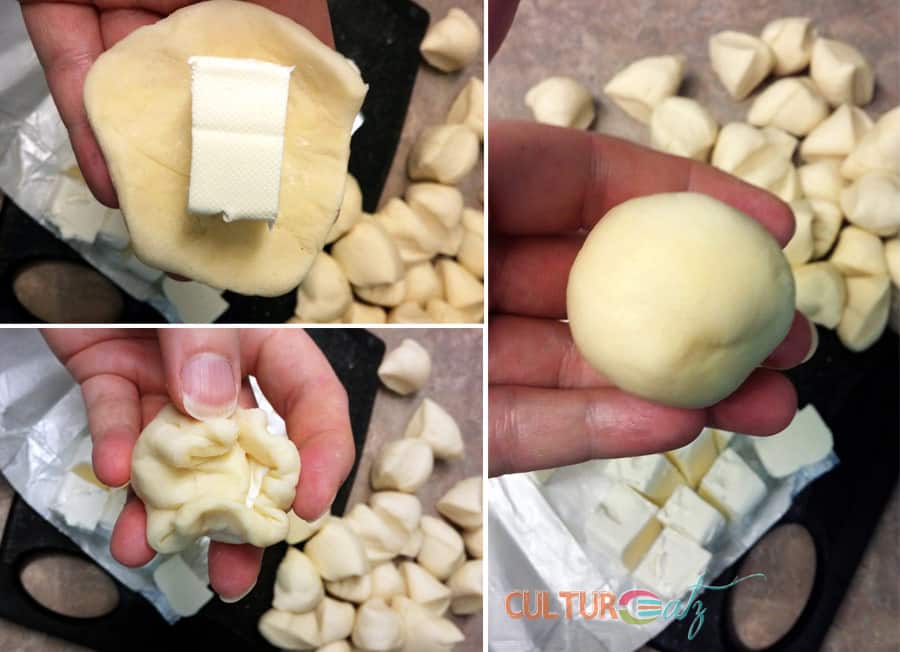 Yemeni cuisine is quite distinct from the rest of the Middle East and Yemen dishes are best enjoyed when invited by locals for a meal. Not accepting an invitation is considered an insult. Many Yemeni dishes are prepared in a round clay oven called a taboon.

Chicken, goat, lamb, tomatoes, onions, broad beans, lentils and potatoes are the staples in Yemen. There is also a long list of unleavened flat-breads to enjoy.

The national dish is Salta Yemeni, a meat-based stew spiced with fenugreek. Ogdat, which means “knot”, is a stew made from tying all the ingredients together.

Fruits like raisins, mangos, and bananas are common, as is the banana bread pudding Masoub recipe. As you can see they have a penchant for Yemeni sweet dishes and Yemen bread, such as the recipe for this Arabic bread with cheese inside I will share. 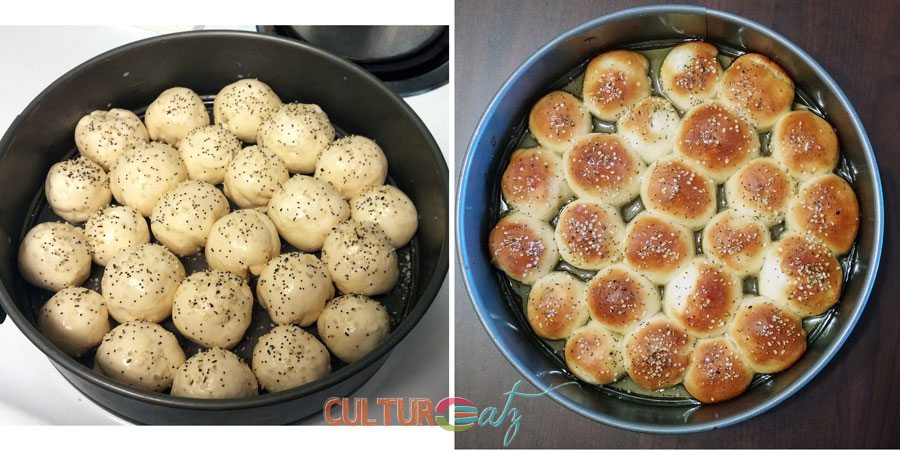 Today’s Khaliat Al Nahl is a cheese filled honey comb bread recipe, sort of like a pull-apart bread, which is soaked in an orange blossom perfumed syrup after it comes out of the oven. Another name for this Khaliat Nahl Arabic sweet bread style is bee hive bun.

And yes this middle eastern sweet bread is just as awesome and delicious as it sounds. I swear this part of the world knows how to make desserts. It is a mix of savory (Arab cheese bread with the cream cheese) and sweet (with the syrup) but it is not overly sweet either.

I halved the recipe and brought enough for my colleagues to have two pieces each. This honeycomb Arabic dessert vanished pretty fast and I got loads of compliments. These stuffed honeycomb buns would be fabulous for a pot-luck party. 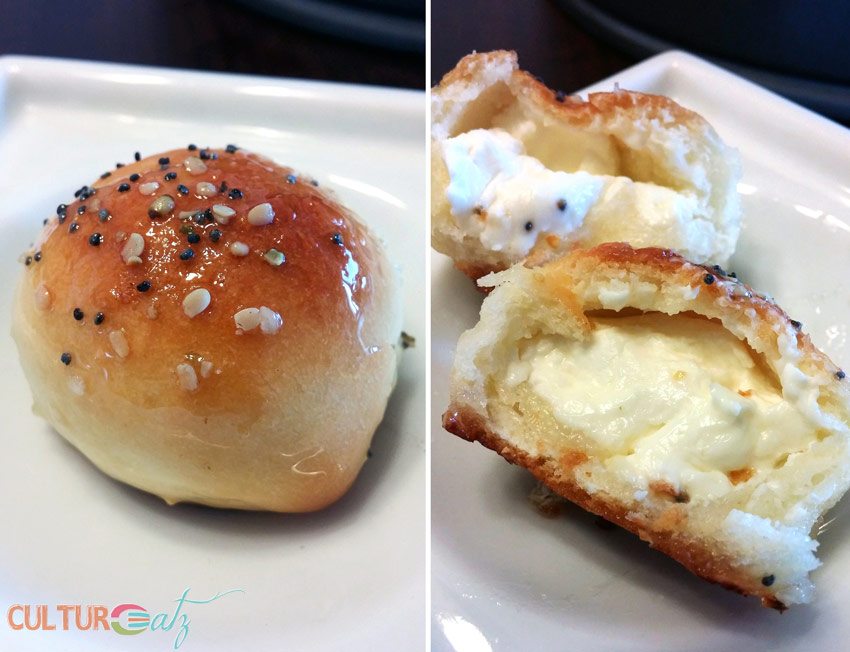 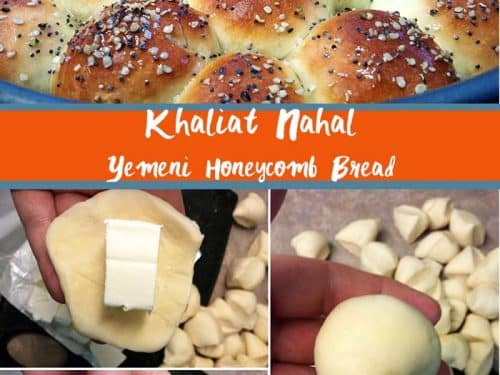 So I was out of sesame seeds. But I am sure you will have something in your pantry to use as a substitute. I used poppy and hemp seeds to achieve the same look. 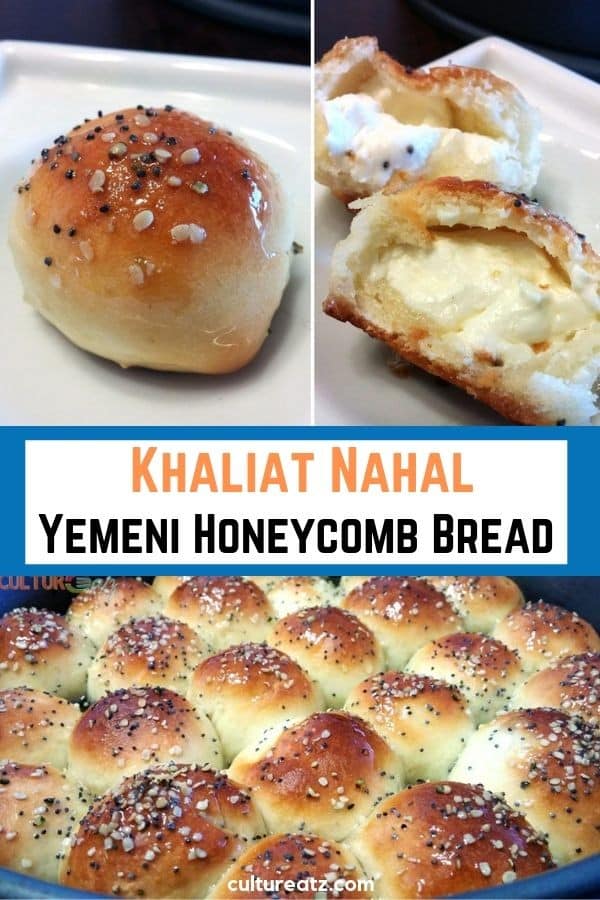